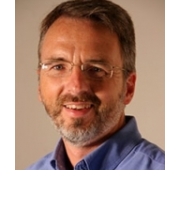 Russ Clark is a senior research scientist in Georgia Tech's School of Computer Science, who engages hundreds of students each semester in mobile development, networking, and the Internet of Things. He emphasizes innovation, entrepreneurship, and industry involvement in student projects and application development. He's co-director of the Georgia Tech Research Network Operations Center (GT-RNOC), which supports research efforts across campus, and principal leader of the Convergence Innovation Competition, which pairs students and industry sponsors on novel projects. He has played a leadership role in the NSF GENI project, leading both the GT campus trials efforts as well as the GENI@SoX regional deployment and the Software-Defined Exchange (SDX). Russ is active in the startup community, including roles with the National Science Foundation Innovation Corps program and as a principle with Empire Technologies during its acquisition by Concord Communications. 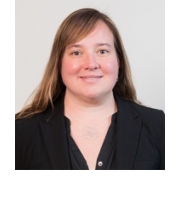 Dr. Maribeth Gandy is the Director of IMTC as well as the Associate Director of Interactive Media for the Institute for People and Technology. She does research in the areas of augmented reality, mobile computing, and HCI. She is a computer scientist who is interested in not only building interesting mobile applications, accessible interfaces, and AR experiences but in bringing HCI techniques for design and evaluation into these domains.

Maribeth has worked on a wide array of projects in the 12 years she has been a faculty member at Georgia Tech; ranging from an augmented reality prototyping tool to an accessible computer interface based on gesture, to a virtual reality experience for exposing theater students to vaudeville. She is currently collaborating with NC State on an NSF-funded project to develop cognitive games for older adults. She is currently developing presence metrics for measuring engagement in AR environments using qualitative and quantitative (physiological measures) data. She also teaches the “Video Game Design” course and the "Principles of Computer Audio" (which she created in 2001) in the College of Computing at Georgia Tech. 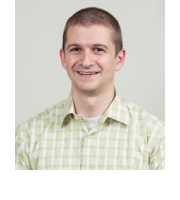 Scott Gilliland has been at Georgia Tech since obtaining his Masters in Computer Science from Georgia Tech in 2008. During his time at Tech, he's gained skills as a hardware engineer, developing electronics designs and firmware for many wearable and ubiquitous systems. His previous work includes wearables for underwater use, conductive textile sensing and fabrication for use in electronic garments, and interface vests for use with service animals. He has also taught CS3651, an electronics prototyping course for computer science students, and is the manager of the GVU Prototyping Lab. 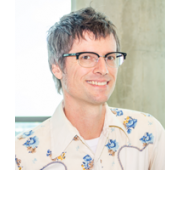 Jeremy Johnson is a Research Scientist with the Interactive Media Technology Center (IMTC), where he has been working since 1999. Jeremy’s interests include ubiquitous computing, augmented reality, human-computer interaction, computer audio, sound design and creative applications of computing to the arts. At IMTC he contributes his skill as a software engineer to guide software development projects through the full software life cycle, from requirements gathering to deployment. 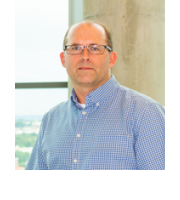 Mr. Brian D. Jones is a Senior Research Engineer at the Interactive Media Technology Center at Georgia Tech, where since 1993, he has developed interactive applications for use in informal learning environments, on smartphones, and in the home. In 2008, Mr. Jones was named Director of the Aware Home Research Initiative (AHRI), a group of Georgia Tech faculty and students researching the next generation of technologies and applications to support residents in their homes. In this capacity, Mr. Jones is working to build new research and industry partnerships as well as enable faculty and students to innovate new technologies for the home that will improve the lives of residents. As part of this effort, he oversees the Aware Home Living Lab, a facility on campus designed to provide an authentic home environment and supporting technology infrastructure for Georgia Tech faculty and students interested in researching a variety of applications in the home.

Mr. Jones’ primary research interests are in the area of design and development of technologies to improve health and well-being and enable healthy aging and increased independence. His current research projects are considering the role of the connected home as a support in the lives of older adults and people with disabilities; exploring options for measuring gait speed in various clinic and home settings as a proxy for frailty, and designing a SmartBathroom for understanding bathroom transfers of people with lower-body functional limitations.

As a logical extension of the Aware Home as a resource for technology development, Mr. Jones collaborated with researchers in the Georgia Tech Research Institute, to establish Georgia Tech HomeLab to provide a pool of over 600 individuals age 50 and older willing to participate in research projects and evaluate industry products in their homes.

In 2007, Mr. Jones joined with other research faculty at Georgia Tech to form the Design and Technology for Healthy Aging (DATHA) initiative. This effort is aimed at bringing together researchers, students, state and local organizations, and industry with a common interest of providing our older adult population with the communities and technologies they need to successfully age in place.

Mr. Jones serves on the staff of the Institute for People and Technology (IPaT) at Georgia Tech, strategizing how Georgia Tech research in empowered personal health can align with industry interests to provide more significant societal impact.

Mr. Jones holds both a Bachelor's degree (BEE `93) and a Master's of Science degree (MSEE `96) from Georgia Tech in Electrical Engineering. 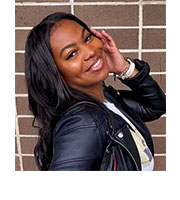 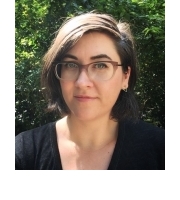 Laura Levy is a Research Scientist II working as a human factors psychologist at the Interactive Media Technology Center (IMTC) at the Georgia Institute of Technology. Laura is focused on maximizing human performance and potential through a novel and engaging technology design validated by rigorous scientific inquiry. Laura received a Bachelor of Science in Zoology from the University of Florida and has a Master of Science in both Biology and Psychology from Georgia Tech. She is expected to complete her Ph.D. in Psychology from Georgia Tech in 2018. 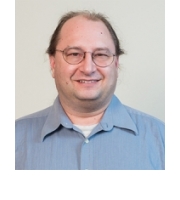 Peter Presti is the Co-Director of the Wearable Computing Center and a Senior Research Scientist with the Interactive Media Technology Center at the Georgia Institute of Technology. During his 22 years with the university he has collaborated with companies such as IBM, Humana, Google, Microsoft, Intel, Alcatel-Lucent, Bellsouth, Denon Nippon-Columbia, and others. Government research sponsors have included DARPA, NIH, NSF, DoE, USDA, and the VA. His areas of research include sensor systems and biometrics, wearable computers, signal processing, pattern recognition, embedded systems, electronics design, data visualization and computer graphics, and computational geometry. His background spanning both custom hardware and software development provides him the skills to design and build fully integrated prototype systems, and in past projects has designed and built high-speed data capture systems, a variety of kinetic sensors, biometric sensors, and wearable computer systems. 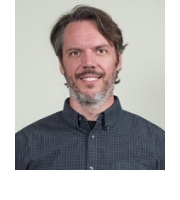 Scott Robertson has been a Research Scientist at the Interactive Media Technology Center since obtaining his Master's in Computer Science from Georgia Tech in 1994. During his career at IMTC, he has developed expertise in several areas of research including real-time 3D graphics simulation, computational photography and high dynamic range imaging (HDRI), motion capture and animation, CMS-based web application deployment, and mobile and general software engineering and applied research and development. He has served as Principal Investigator on a number of projects during his tenure at Georgia Tech and has authored and co-authored refereed journal papers on a number of computer science topics, including video games for stroke rehabilitation, 3D visualization and VR surgery simulation, VR systems for simulating artistic and cultural performances, video game systems for air traffic control simulation training and human factors testing, telemedicine and distance learning. 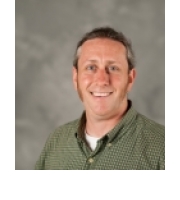 Matt Sanders is the Director of Research Operations at IPaT. Matt works with Georgia Tech students and researchers, along with industry partners in the creation of innovative mobile and converged applications and services. He is also the Associate Director, and co-founder, of the Georgia Tech Research Network Operations Center (GT-RNOC), a unique research center supporting industry and student engagement through research and operational projects; and the wireless services manager for Georgia Tech in the Office of Information Technology. 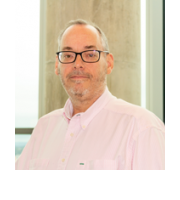 Richard Starr is a research scientist responsible for the Protected Health Data infrastructure at IPaT. He is developing a common infrastructure to work with healthcare data. This secure environment will be able to be employed across campus to house research data to maintain compliance with HIPAA, IRB, and partnership agreements. 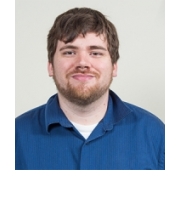 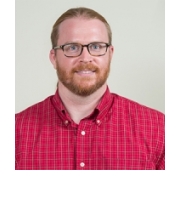 Jeff Wilson is a Senior Research Scientist in the Interactive Media Technology Center. He received a Bachelor of Computer Science in 1999 and a Masters of Computer Science in 2001 from Georgia Tech.  His areas of specialization include graphics, visualization, digital audio, game design, and virtual and augmented reality applications.  Some of the projects Jeff has worked on include large-format, projected VR displays, mobile and head-mounted AR applications, auditory interfaces for automotive applications, educational games, and mobile health applications. 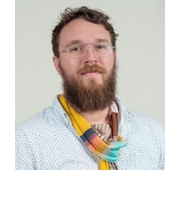 While teaching textiles and fashion design studio classes at Savannah College of Art & Design, Zeagler realized his true passion lies in bridging the gap between the disciplines of Wearable design and Human-Centered Computing. A diverse background in fashion, industrial design, and textiles drive his research on electronic textiles and on-body interfaces with the Contextual Computing Group of the GVU center of Georgia Tech. As a Research Scientist for the Georgia Tech Interactive Media Technology Center and Instructor for the Georgia Tech School of Industrial Design he teaches courses on Wearable Product Design and an ID section of Mobile and Ubiquitous Computing (MUC).  Zeagler enjoys working with corporations such as HP/Palm and Google to bring real-world experience into the classroom. He recently acquired a NASA Georgia Space Consortium grant to fund MUC student projects on wearable computing for space—a wonderful opportunity for undergraduate students. He is also a member of the NASA Wearable Technology Cluster a group of scientists and academics working together to give advice to those in NASA working on wearable computing or electronic textile projects. A deep understanding of the garment production process fosters innovation in his research. Zeagler’s company Pecan Pie Couture hand-dyed, embroidered, and screen-printed textiles and garments. Building upon that skillset, his recent research led to the creation of the Electronic Textile Interface Swatch Book (ESwatchBook) in collaboration with Thad Starner. The ESwatchBook is designed to help facilitate discussions between the skill and craft-based design disciplines (.i.e. fashion) and more technical disciplines (.i.e. computer science). To put the ESwatchBook’s capabilities to the test, he developed a series of workshops at multiple colleges with the purpose of bringing together designers with engineers/technology specialists. The workshops were funded by a National Endowment for the Arts grant, which he co-authored. Zeagler’s most recent endeavor FIDO: Facilitating Interactions for Dogs with Occupations is an exploration into using wearable electronics to enhance interactions between service dogs and their handler/owners.