Bud Suddath was born in Macon, Georgia, and was a graduate of West Rome High School and the Darlington School for Boys in Rome, Georgia. He was an alumnus of Georgia Tech, where he received a bachelor's degree in Chemistry in 1965 and his doctoral degree in Chemistry in 1970. After receiving his Ph.D., he was awarded a National Institutes of Health postdoctoral fellowship at the Massachusetts Institute of Technology.

He went with his wife, Lee Gafford Suddath, to Boston to study crystallography with

Alexander Rich. He stayed at MIT for five years, using his skills in chemistry, biochemistry, and computing to help determine the three-dimensional structure of transfer-RNA.

In 1985, he returned to Georgia Tech as Professor of Chemistry and Biochemistry and Director of the Supercomputer Support Group. His research efforts ultimately led to a set of protein growth experiments aboard the space shuttle, Discovery, in 1988. In 1989, he agreed to help lead Georgia Tech's computing environment into the next century by accepting an appointment as Vice President for Information Technology. His administrative and technical success, as well as the confidence he inspired, led to his appointment as Executive Assistant to the President early in 1992. Bud died unexpectedly on June 17, 1992.

Bud was a unique individual who excelled at research, teaching, and administrative duties. His personality was as important to his success as his intellectual acumen. His unselfishness and willingness to cooperate were exemplary. His unassuming friendliness and sense of humor engendered trust and confidence in people with whom he worked. These traits, in combination with his decisiveness and mental capabilities, made Bud Suddath a leader and a hero.

The participants at this symposium gather each year in celebration of his life and in appreciation of his scientific abilities and in tribute to his life-long contributions.

The F. L. (Bud) Suddath Memorial Award has been established by the family, friends, and colleagues of Bud Suddath to stimulate graduate research in the fields of biology, biochemistry, and biomedical engineering. The award will be given annually to a doctoral student of Georgia Tech who has at least one year remaining in his or her doctoral program and who has demonstrated significant research achievement in the field of biology, biochemistry, or biomedical engineering. The awardee is provided an award of up to $1,000 in value which may be used to facilitate the completion of his or her scholarly development. The recipient will also be presented with an award as well as having his or her name engraved on the School's commemorative plaque. The recipient of this award will speak at a special event hosted by IBB the following year to present his or her research and talk about how the award impacted their research. 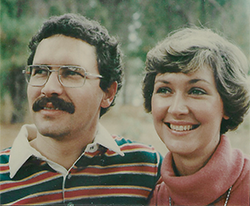 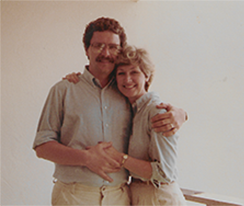