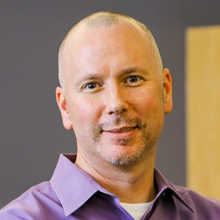 Greg Springsteen is a chemistry educator, researcher, and innovator who has collaborated with over 50 undergraduate researchers in his lab in the fields of prebiotic chemistry and metabolism. He received a Henry Dreyfus Teacher-Scholar Award in 2018, as one of eight faculty nationwide who demonstrated original scholarly research of outstanding quality, as well as excellence and dedication in undergraduate education. Greg has also served for over a decade as a member and Theme Leader in the Center for Chemical Evolution, a 100-scientist NSF- and NASA-funded research consortium. Research from his group has been recognized nationally in journals including Angewandte Chemie, Nature Communications, and Nature Chemistry.

The Springsteen group is also heavily involved in entrepreneurship and has submitted two provisional patents, one US non-provisional, one PCT application. Work in the group has also been commercialized by the founding of a company (Aconabolics LLC) focused on the development of labeled-keto and organic acids for use in metabolic research and diagnostics. Greg also serves as a faculty representative on Furman’s Innovation and Entrepreneurship Leadership council.

Since arriving at Furman in 2007, Greg has taught seven Lecture Courses including Organic Chemistry, BioOrganic Chemistry/Org. II, General Chemistry, Biochemistry, Advanced Biochemistry, Molecular Gastronomy, and Techniques in Chemistry, along with their laboratory components, and was awarded the 2018 South Carolina Independent Colleges and Universities teaching award, which honors the “Best of the Best among the faculty at the twenty member colleges and universities” based on efforts “that demonstrate its institution's highest standards in teaching.”

Thomas Orlando directs the Electron- and Photon-Induced Chemistry on Surfaces Lab (EPICS). EPICS is primarily a surface chemistry and physics group that focuses on the use of high-powered pulsed lasers, low-energy electron scattering, micro-plasmas, mass spectrometry, and ultrahigh vacuum surface science techniques. The unifying theme within the group is to understand the important role electronic excitations of surfaces and interfaces play in chemical transformations, which can occur in radiation environments within the interstellar media, plasmas, or planetary magnetospheres. Understanding nonequilibrium processing of surfaces and materials within and beyond our solar system is a specific area of focus, particularly the role of electrons, protons, and extreme ultraviolet radiation in transforming surfaces of planets, their satellites (moons), asteroids, and comets. In addition, there are major efforts to examine the atomic and chemical composition of meteorite and lunar samples that may hold clues to the details of planet formation and possibly the chemical origin of life. These fundamental efforts are connected to many space missions including the Galileo, Cassini, MESSENGER, Deep Impact, and LADEE. Efforts are also underway that examine the chemical processes that occur in star-forming regions, within the solar nebulae, and on grains within interstellar regions. This research group is also affiliated with the Jet Propulsion Laboratory NAI on "Titan as a Pre-biotic Chemical System" and the John Hopkins University Applied Physics Laboratory Lunar Science and SERVI Institutes.

A reaction of glyoxylate with pyruvate under mild aqueous conditions produces a series of α-ketoacid analogues of the reductive citric acid cycle without the need for metals or enzyme catalysts. The transformations proceed in the same sequence as the reverse Krebs cycle with glyoxylate acting as both the carbon source and reducing agent.  The α-ketoacid analogues also provide a route for the synthesis of amino acids by transamination, paralleling the extant metabolic mechanisms. This emerging sequence of prebiotic reactions could have set the stage for increasingly sophisticated metabolic pathways operating under catalytic control.