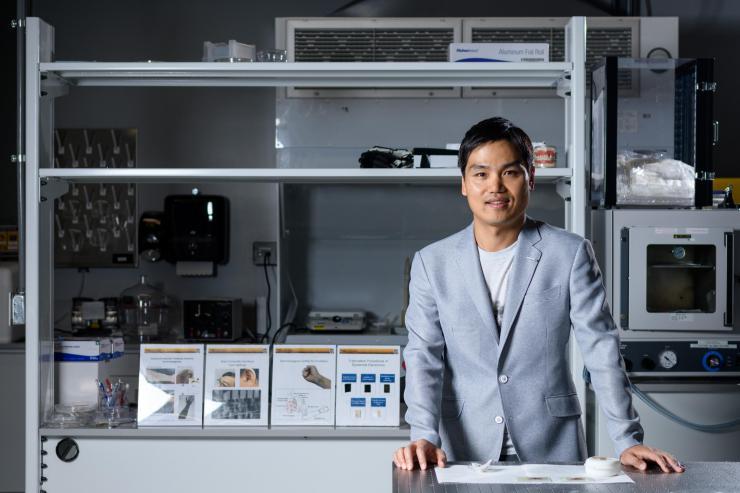 The lab of Woon-Hong Yeo has opened a new area of research in biomedical engineering with a novel technology: soft, wearable electronics for health monitoring and human-machine interfaces.

A new wearable brain-machine interface (BMI) system could improve the quality of life for people with motor dysfunction or paralysis, even those struggling with locked-in syndrome – when a person is fully conscious but unable to move or communicate.

A multi-institutional, international team of researchers led by the lab of Woon-Hong Yeo at the Georgia Institute of Technology combined wireless soft scalp electronics and virtual reality in a BMI system that allows the user to imagine an action and wirelessly control a wheelchair or robotic arm.

The team, which included researchers from the University of Kent (United Kingdom) and Yonsei University (Republic of Korea), describes the new motor imagery-based BMI system this month in the journal Advanced Science.

“The major advantage of this system to the user, compared to what currently exists, is that it is soft and comfortable to wear, and doesn’t have any wires,” said Yeo, associate professor on the George W. Woodruff School of Mechanical Engineering.

BMI systems are a rehabilitation technology that analyzes a person’s brain signals and translates that neural activity into commands, turning intentions into actions. The most common non-invasive method for acquiring those signals is ElectroEncephaloGraphy, EEG, which typically requires a cumbersome electrode skull cap and a tangled web of wires.

These devices generally rely heavily on gels and pastes to help maintain skin contact, require extensive set-up times, are generally inconvenient and uncomfortable to use. The devices also often suffer from poor signal acquisition due to material degradation or motion artifacts – the ancillary “noise” which may be caused by something like teeth grinding or eye blinking. This noise shows up in brain-data and must be filtered out.

The new system was tested with four human subjects, but hasn’t been studied with disabled individuals yet.

“This is just a first demonstration, but we’re thrilled with what we have seen,” noted Yeo, Director of Georgia Tech’s Center for Human-Centric Interfaces and Engineering under the Institute for Electronics and Nanotechnology, and a member of the Petit Institute for Bioengineering and Bioscience.

“This new brain-machine interface uses an entirely different paradigm, involving imagined motor actions, such as grasping with either hand, which frees the subject from having to look at too much stimuli,” said Mahmood, a Ph. D. student in Yeo’s lab.

In the 2021 study, users demonstrated accurate control of virtual reality exercises using their thoughts – their motor imagery. The visual cues enhance the process for both the user and the researchers gathering information.

“The virtual prompts have proven to be very helpful,” Yeo said. “They speed up and improve user engagement and accuracy. And we were able to record continuous, high-quality motor imagery activity.”

According to Mahmood, future work on the system will focus on optimizing electrode placement and more advanced integration of stimulus-based EEG, using what they’ve learned from the last two studies.

This research was supported by the National Institutes of Health (NIH R21AG064309), the Center Grant (Human-Centric Interfaces and Engineering) at Georgia Tech, the National Research Foundation of Korea (NRF-2018M3A7B4071109 and NRF-2019R1A2C2086085) and Yonsei-KIST Convergence Research Program. Georgia Tech has a pending patent application related to the work described in this paper.

Center for Human-Centric Interfaces and Engineering

Petit Institute for Bioengineering and Bioscience 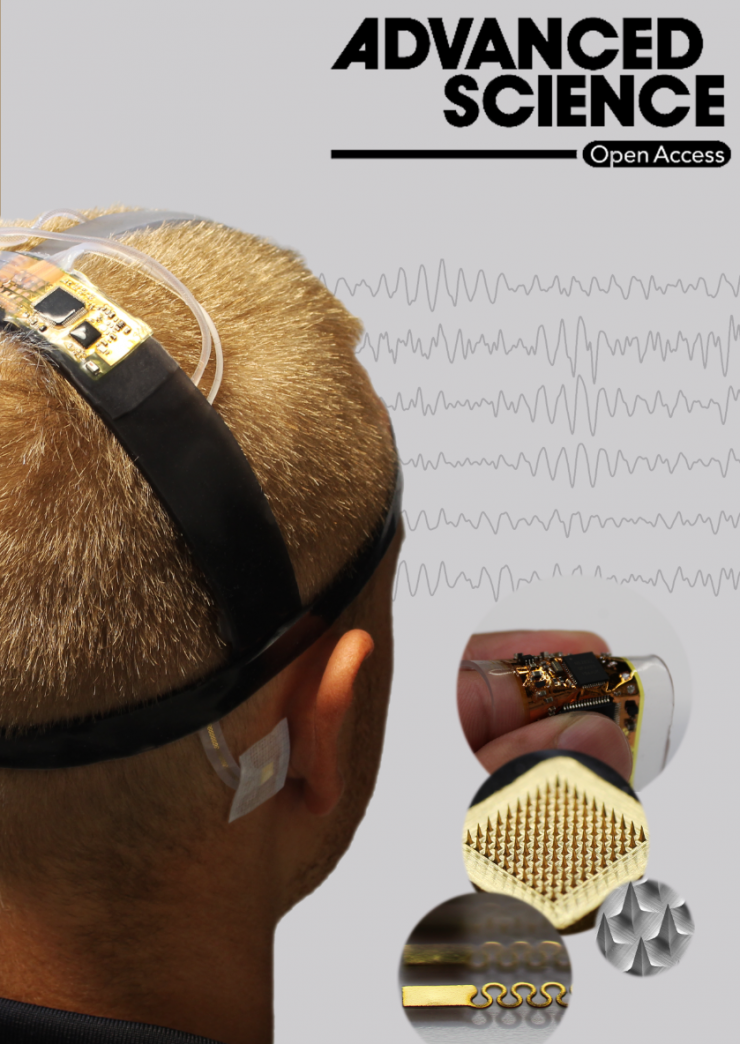