A Trip into a Dark, Toxic Cave in Search of Worm Blobs 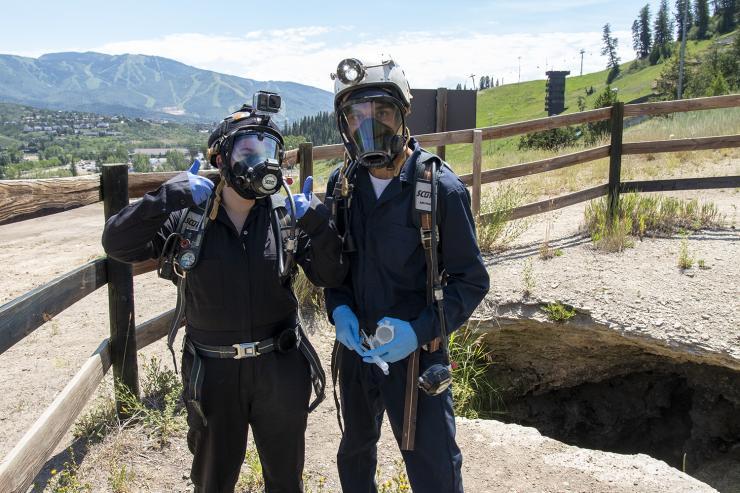 A trio of Georgia Tech student researchers recently traveled from Atlanta to explore a dark, toxic cave in Colorado in search of a phenomenon they’ve only observed in a Georgia Tech lab: worm blobs.

After flying 1,500 miles, that’s all three Georgia Tech student researchers would have inside a dark, smelly cave tucked under a small ridge near a ski lift in Steamboat Springs, Colorado.

Even with full-on oxygen masks and protective clothing.

The trio recently traveled from Atlanta to explore the cave, which was packed with a toxic — and deadly — mix of gases capable of knocking a person unconscious within a few breaths. Surrounded by walls covered in patches of sulfuric acid able to burn skin and eat through clothing and gear, they searched for a phenomenon they’ve only observed in a Georgia Tech lab: worm blobs.

“It was dangerous, but it was necessary,” said Harry Tuazon, a bioengineering Ph.D. student who led the excursion.

Read about their treacherous exploration of the cave.