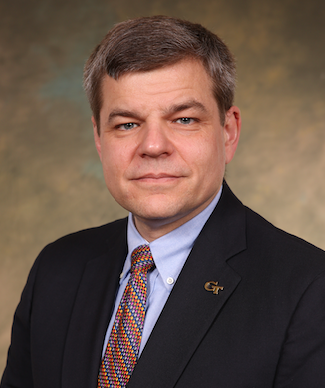 The North American Manufacturing Research Institution of SME (NAMRI | SME) has awarded their 2022 Outstanding Lifetime Service Award to Thomas R. Kurfess, professor in the George W. Woodruff School of Mechanical Engineering at Georgia Tech. Kurfess is the executive director of Georgia Tech’s Manufacturing Institute and holds the HUSCO/Ramirez Distinguished Chair in Fluid Power and Motion Control. SME was formerly known as the Society of Manufacturing Engineers. SME, headquartered in Southfield, Michigan, is a professional association dedicated to educating and promoting the manufacturing industry.

Kurfess, and two other Georgia Tech alumni were recognized at the 50th annual North American Manufacturing Research Conference (NAMRC) for their accomplishments in the manufacturing industry.

Kurfess is a member of the National Academy of Engineering and a fellow of the American Association for the Advancement of Science (AAAS), the American Society of Mechanical Engineers (ASME) and the Society of Manufacturing Engineers (SME). He was president of SME in 2018 and currently serves on the ASME Board of Governors.