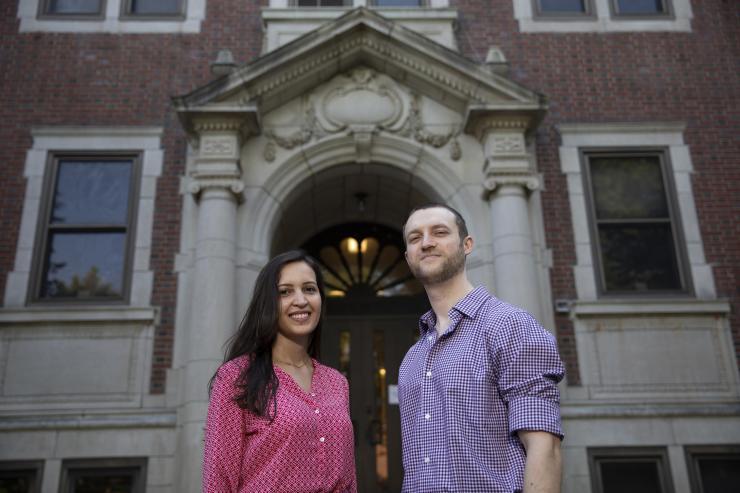 In the traditional narrative of the evolving 21st century workplace, technological substitution of human employees is treated as a serious concern. But technological complementarity – the use of automation and artificial intelligence to complement workers, rather than replace them – is viewed optimistically as a good thing, improving productivity and wages for those who remain employed.

That’s the story two graduate researchers from the Georgia Institute of Technology and Georgia State University kept reading, from policymakers and other scholars, as they began their own study of technology’s impact on the workplace. But there was another, more nuanced story that ultimately informed their research.

“We saw these images on the internet of worker strikes that were happening all around the world in different cities and realized that there was more going on, something beyond the usual optimistic discourse around this topic,” said Daniel Schiff, a Ph.D. candidate in the School of Public Policy at Georgia Tech.

The photos and stories of unhappy workers protesting conditions in their modern, technologically-enhanced workplaces inspired Schiff and Luísa Nazareno, a graduate researcher in the Andrew Young School of Policy Studies at Georgia State, to dig a little deeper. The result is a new study, “The impact of automation and artificial intelligence on worker well-being,” in the journal Technology in Society.

The paper presents a more surprising, dynamic, and complex picture of the recent history and likely future of automation and AI in the workplace. Schiff and Nazareno have incorporated multiple disciplines – economics, sociology, psychology, policy, even ethics – to reframe the conversation around automation and AI in the workplace and perhaps help decision makers and researchers think a bit deeper and more broadly about the human component.

“The well-being of the worker has implications for all of society, for families, even for productivity,” Nazareno said. “If we are really interested in productivity, worker well-being is something that must be taken into account.”

While technological substitution may equal bad tidings in the form of replaced workers, complementarity is typically cast as a universal good, fostering an up-skilled workforce for jobs involving automation and AI, a future in which complemented workers benefit from the greater productivity, creativity, and freedom.

But the researchers found it’s not that simple. As Schiff and Nazareno considered those photos and stories of worker dissatisfaction, they wondered if the integration of automation and AI really does have a uniformly positive impact on worker well-being. It doesn’t, they report, citing that there is “persuasive evidence of negative effects on some dimensions of well-being.”

Based on previous studies and literature, and the general discourse around automation and AI in the workplace, the researchers considered five hypothetical channels through which automation might impact worker well-being: worker freedom, sense of meaning, cognitive load, external monitoring, and job insecurity.

Then they went after the data, diving deep into a 2002-2018 dataset curated from the General Social Survey – GSS, a wide-ranging national sociological survey created in 1972 at the University of Chicago and funded by the National Science Foundation. “We found they had a module for worker well-being in the data,” Nazareno explained.

They applied automation risk measurements (established in a University of Oxford study) to 402 occupations, assessing whether the adoption of automation and AI in the workplace could predict impacts on worker job satisfaction, stress, health, and insecurity – all key components that shape worker well-being.

Their results reveal that workers facing automation risk may generally have less stress on the job, but also suffer from worse health, and experience minimal or negative impacts on job satisfaction. These impacts are more concentrated in occupations facing the highest levels of automation risk, like receptionists, tax preparers, cashiers, credit analysts, and food science technicians, and jobs in transportation, logistics, office, and administrative support.

“There were some interesting contradictions as we explored a few different hypotheses,” Schiff said. “There’s the optimistic outlook about more freedom on the job, but there’s also this concept of loss-of-meaning. Maybe you’re a truck driver, but now you’re just sitting in the passenger seat. Your job’s easier, but it’s not necessarily better. Stress may be down, but you’re not challenged or doing meaningful work.”

The researchers also considered some recent paradoxical scenarios, like those that have taken place at technologically enhanced warehouses and distribution centers, where thousands of workers across the world have protested.

“Maybe automation has made your work easier, but now you’re being optimized,” Schiff said. “Every second you’re being monitored, you’re being watched, measured. You have no sense of job security, or for that matter, safety during a pandemic. Maybe it’s a combination of these things, but those benefits related to lower stress are now getting wiped out.”

Nazareno added, “One of our interesting conclusions is that this is a dynamic process. Different things are going on. We tend to think of stress as a bad thing, and it can be. But not all stress is bad, and not all stress is good. Maybe a good job can be stressful, creating a welcome challenge. At the opposite end is boredom.”

Generally, the less control workers feel they have in the inevitable surge of advanced technology in the workplace, the less satisfied they will be.

“Autonomy is a driving factor in worker well-being,” Nazareno said. “One way that policymakers or firms could address negative impacts is to let workers know what’s going on, empower them or involve them in the process, so they don’t feel like they’re losing autonomy and just being surveilled and being dictated to by machines. How a company involves its workers in the process really matters.”

With their new study, Schiff and Nazareno are hoping to fix the lens that policymakers, companies, and other researchers use when considering the impact of automation and artificial intelligence on workers. They believe their findings, which reveal a diverse range of effects on workers as a result of technological complementarity, encourage new research directions.

“Part of our hope here is to help policy decision makers pay more attention to down-the-road impacts, and think more about worker training and health, about restrictions and how automation can be used in different ways, not just wholesale innovation,” Schiff said.

The researchers took the discussion beyond wages and layoffs and paid close attention to what Schiff called, “the sociology or psychology of technological complementarity.”

“We’re trying to tap into questions that haven’t been sufficiently asked or answered,” Schiff said. “So, this study is a preliminary way of opening up a new conversation and changing the discourse.”