Tech Gets Gold for Bike Friendliness 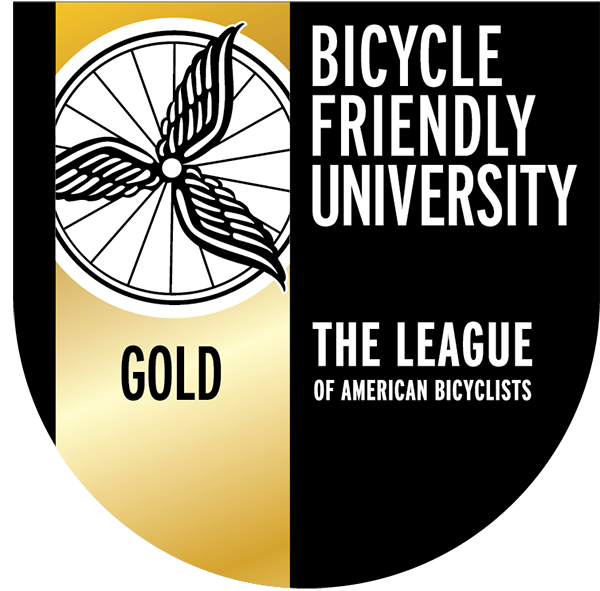 Georgia Tech’s pride in white and gold took on an additional meaning this week as the League of American Bicyclists recognized Tech with a Gold level Bicycle Friendly University (BFU) award.

The award, announched Nov. 29, is a promotion from Tech’s designation as a Silver level BFU in 2012.

“We’re very pleased to reach this new level of designation,” said Lance Lunsway, senior director of Parking and Transportation Services. “The Institute has worked hard to promote cycling as a healthy, clean, inexpensive transportation alternative, and through our infrastructure improvements and programs we’ve seen the numbers of community members biking to campus increase significantly.”

The Bicycle Friendly University program evaluates applicants’ efforts to promote bicycling in five primary areas: engineering, encouragement, education, enforcement, and evaluation/planning, known as the Five E's. Georgia Tech particularly excelled in campus infrastructure and its plans to increase programming, such as classes and incentives for cycling.

Georgia Tech encourages bicycling as an easy option for transportation because it’s inexpensive, promotes health and physical fitness, improves air quality, and reduces congestion on campus. Several recent infrastructure improvements have been implemented with cyclists in mind, including the transformation of 6th Street to include a protected, contraflow bike lane; new bicycle markings on Ferst Drive to promote visibility and to direct cyclists; and the Tech Parkway multiuse path conversion project in collaboration with the PATH Foundation. Fix-it stations and new bike racks are being installed on campus on an ongoing basis.

Tech is also home to a station in the city of Atlanta’s new Relay Bike Share network. Users can now access bikes at the intersection of 5th and Spring streets in Tech Square, with five more campus stations coming in the spring.

Going forward, Georgia Tech will have access to a variety of free tools as well as technical assistance from the League to become even more bicycle-friendly.

Georgia Tech joins a group of 51 new and renewing BFUs from 25 states. It is the only college or university in Georgia with the Gold designation.

“In its fifth year, we’ve seen the Bicycle Friendly University program’s momentum continue to grow and reach even more campuses across the country,” said Bill Nesper, programs director for the League of American Bicyclists. “We applaud this round of BFUs for raising the standard and being innovative in making bicycling a safe, convenient, and enjoyable option for students, staff, and visitors alike.”

Each BFU must reapply for designation every four years. Learn more about bicycle resources on campus at bike.gatech.edu and the BFU program at bikeleague.org/university. 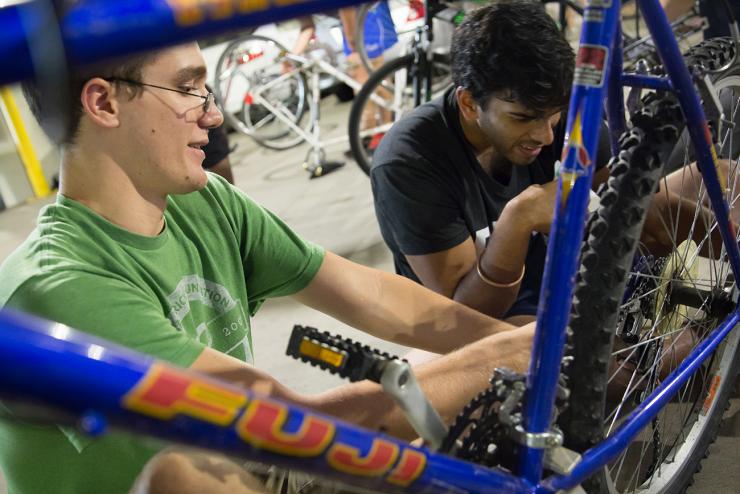 The bicycle lane was added at Sixth Street adjacent to Stamps Field. 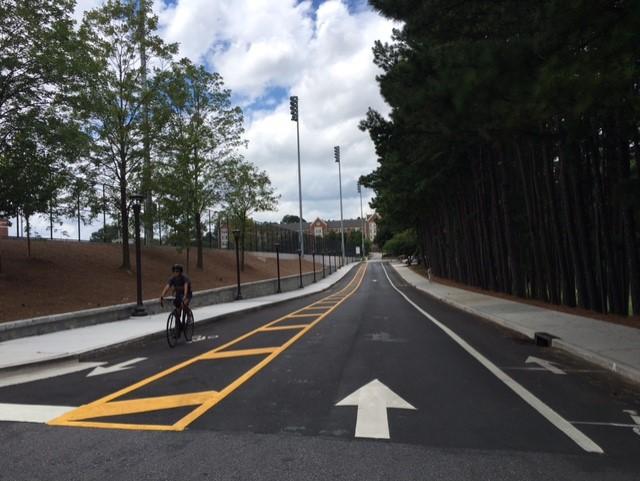 Facing south, this rendering shows what Tech Parkway would look like upon project completion. 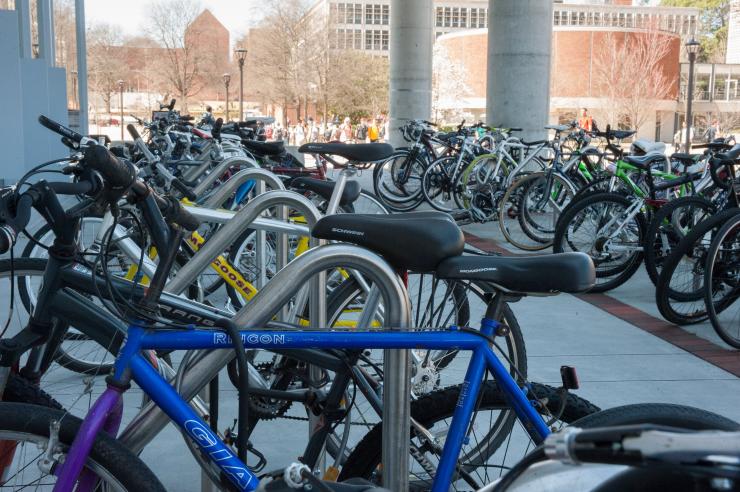 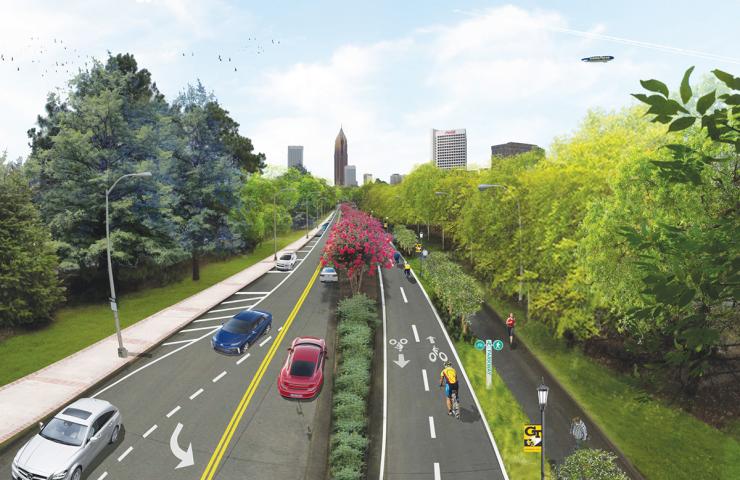 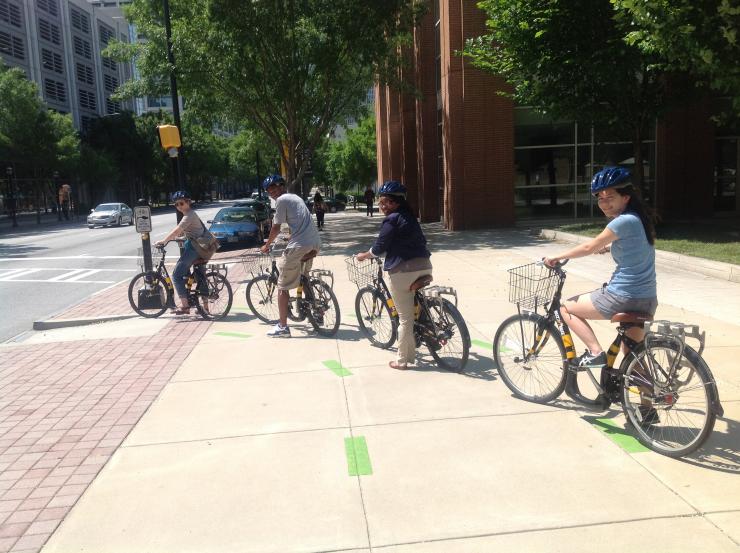