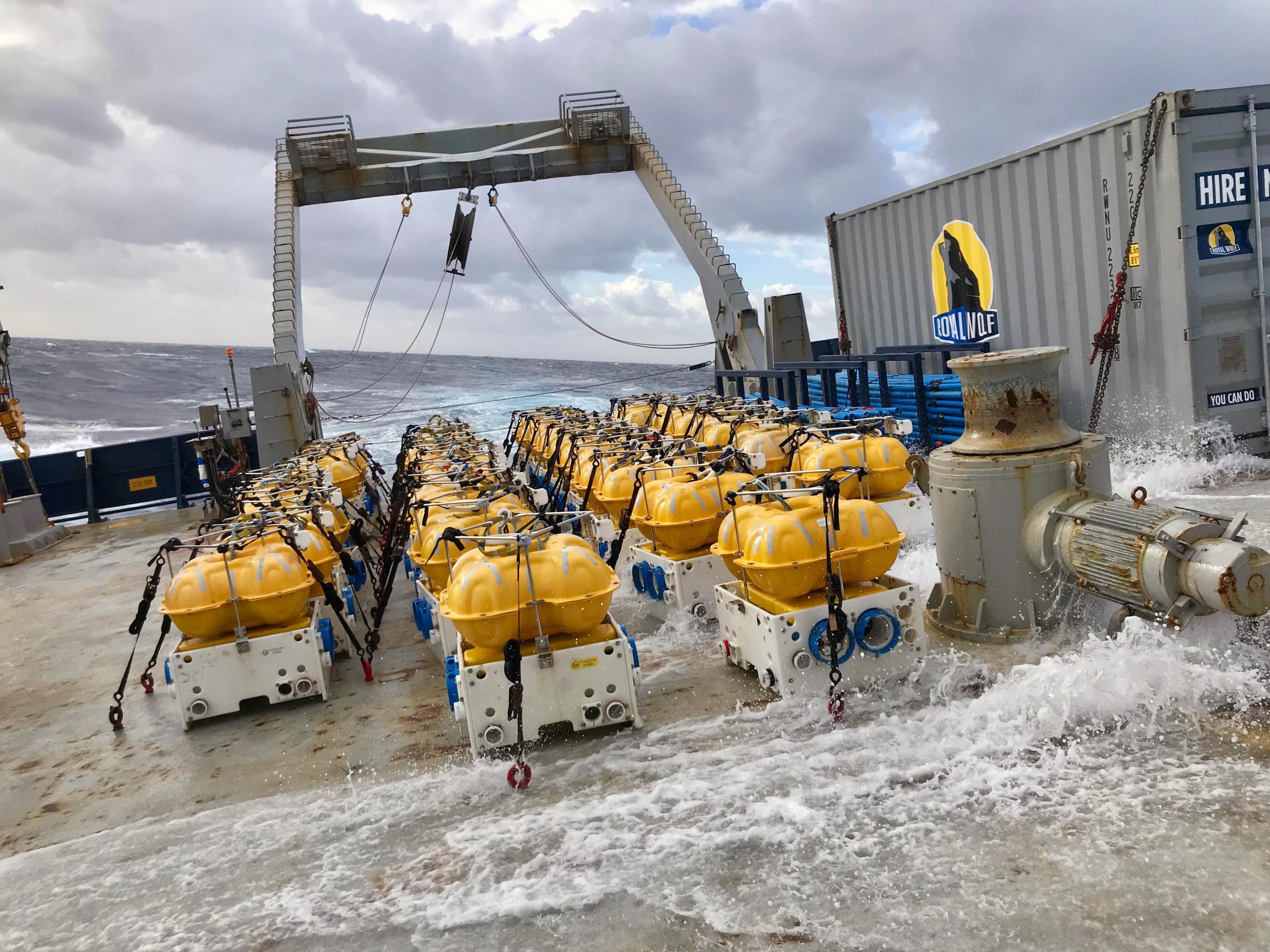 Undersea earthquakes may happen deep beneath the ocean’s waves, but their wake can leave behind historic levels of destruction for all to see.

In fact, the largest earthquake to ever hit Japan, the 2011 Tōhoku earthquake and tsunami, began below the North Pacific Ocean before triggering meltdowns at the Fukushima Daiichi Nuclear Power Plant and crippling the country’s infrastructure. Another of the world’s most powerful quakes, the 2004 Indian Ocean Earthquake and Tsunami, hit just off the coast of Sumatra island, Indonesia, and caused the ocean floor to rise by several meters, spawning a massive tsunami that resulted in more than 200,000 casualties.

The titanic forces at work during marine earthquakes can result in disasters like Tōhoku and the Indian Ocean quake — but they can also result in much smaller, quieter tremors. So, what are the forces that push those tremors to dangerous levels — and how does an ocean of water affect the severity of those tectonic plates collisions?

“Water does interesting things,” says Samer Naif, assistant professor in the School of Earth and Atmospheric Sciences. “When water comes into contact with the rocks below the ocean floor, it reacts with the minerals and changes them to different minerals. The different minerals have different properties as to how strong they are, which can influence the earthquake behavior. Some of the water eventually subducts with the (tectonic) plate, where it may become trapped in the fault zone between the upper and subducting plate — that’s where the larger earthquakes are happening.”

Trapped water is essentially lubricating the plates, Naif explains. “If the water is trapped there, it makes it more likely for sliding. If no water, you could have strongly coupled plates that build up energy that eventually gets released” in a large earthquake.

These are just some of the possibilities that Naif and a team of scientists were looking to clarify with new research published July 7 in the journal Nature. Their work provides significant evidence that more water is present than previously thought within so-called “seamounts” and “forearcs,” which are undersea land formations.

How much water is present in these formations, “and does it match the predictions of different scientific models?” Naif asks. “There are alternative hypotheses for what controls earthquake behavior, but one is that water is an important factor. Our study is one way to get at that question.”

That study, “Fluid-rich subducting topography generates anomalous forearc porosity,” features Naif and three other scientists (Christine Chesley and Kerry Key of the Lamont-Doherty Earth Observatory at Columbia University, Dan Bassett of GNS Science in New Zealand) taking advantage of a series of sensors placed on the seafloor near the northern section of the Hikurangi Margin, an active subduction zone near New Zealand where the Pacific tectonic plate plows underneath the Australian plate.

The sensors measure naturally generated magnetic and electric waves, but when paired with a transmitter — a technology Naif helped use for the first subduction zone application a decade ago as a graduate student at University of California San Diego — allowed Naif and his team to generate their own waves of varying levels, which he says gives a clearer picture of the Earth’s crust than ever before.

Naif and his colleagues use the electromagnetic data recorded by the sensors to show that the seafloor has seamounts (mountains and other land features) made of porous materials that, when subducted, allows three to five times more water than usual to be recycled back deep down into the Earth.

Seamounts are “essentially mountains that just happen to be covered by the ocean,” Naif shares. “It’s easy to think the seafloor is boring and flat, but it’s really interesting and has a lot of topography to it that hints at the processes responsible for its formation. What we’re seeing now with this technology — it’s not just the fact that seamounts have some geometry, some shape to them, but they seem to hold a lot of water inside of themselves,” because they are made of porous materials, which are permeable to water.

“That creates interesting complications when seamounts subduct,” Naif says, such as the one laid out in the research study in the Hikurangi Margin. In addition to holding a lot of water, seamounts also appear to fracture the rocks above them as they are subducted. Naif and colleagues used the electromagnetic data recorded by the sensors to construct an image of what lies below the seafloor. This image revealed that a “subducting seamount lies directly beneath a prominent upper plate conductive anomaly.” That anomaly provided a clue to the amount of water that ended up in “fluid-rich damage zones in the forearc,” which may alter the stress that would ordinarily build up where the tectonic plates meet.

A “forearc” is the area between an oceanic trench and a volcanic arc of upraised land created by subduction forces, which is found at continental margins where two tectonic plates are colliding. “In addition to severely modifying the structure and physical conditions of the upper plate, subducting seamounts represent an underappreciated mechanism for transporting a considerable flux of water to the forearc and deeper mantle,” the paper states.

Chesley, the study’s lead author, says she was surprised by the amount of water that turned up in seamounts and forearcs. “We saw that they can store more water than typical seafloor crust, which means that they have the potential to locally supply additional lubrication to the interface between subducting plates. It's generally thought that where you have excess fluids at the plate interface you might not get large, ground-shaking earthquakes, but instead you might expect to see slow motion, ‘silent’ earthquakes.”

Getting reacquainted with technologies from graduate school

The sensors that Naif’s team used were designed and built at the Scripps Institution of Oceanography at the University of California San Diego.

“It’s a technology that was developed through funding from energy industries,” Naif says, “because it’s a way to actually image where hydrocarbon reservoirs might be. Through that application, it creates this tool that we can take advantage of, and do something on the science side of things.” Naif worked on the first application of this technology to a subduction zone as a Ph.D. student in 2010, which helped Naif and researchers generate better spatial images and data about the Hikurangi Margin. “An aspect we were able to image is the actual damage that the seamount did to the forearc as it was being dragged down beneath the Australian plate,” he adds.

The ability to deploy the sensors in deep ocean waters allowed Naif and his team to target subduction zones, where deep trenches are formed. Between those sensors and the electromagnetic transmitter — which allowed the team to generate its own signals to find the seafloor’s resistivity, in addition to the passive signals picked up from the Sun and Earth’s usual electromagnetic fields — they allowed the team to image deeper than past efforts. “We can see down to 300 kilometers below the surface,” he shares. “The two (signal methods) can be recorded simultaneously and are modeled together. Imaging down 10 to 20 kilometers depth was the sweet spot.”

Naif says the applications of his team’s research could involve better warning signs for those living in earthquake zones. “The new information gained from these types of studies will help with our assessment of what areas are more potentially hazardous than others, and that can inform the stakeholders so they can address those issues.”

The recognition that there could be a potential in a certain region for a devastating earthquake “could drive decision-making for early warning systems” as well as changes in building design, he adds.

This work was supported by the National Science Foundation grant OCE-1737328. C.C. acknowledges funding support by the Department of Defense (DoD) through the National Defense Science and Engineering Graduate Fellowship (NDSEG) Program. D.B. was supported by a Royal Society of New Zealand Marsden Fund grant (MFP-GNS1902); by the MBIE Endeavour Grant: Diagnosing peril posed by the Hikurangi subduction zone; and by public research funding from the Government of New Zealand Strategic Science Investment Fund to GNS Science. 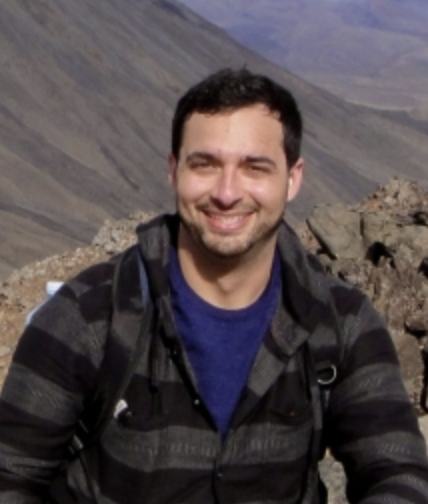 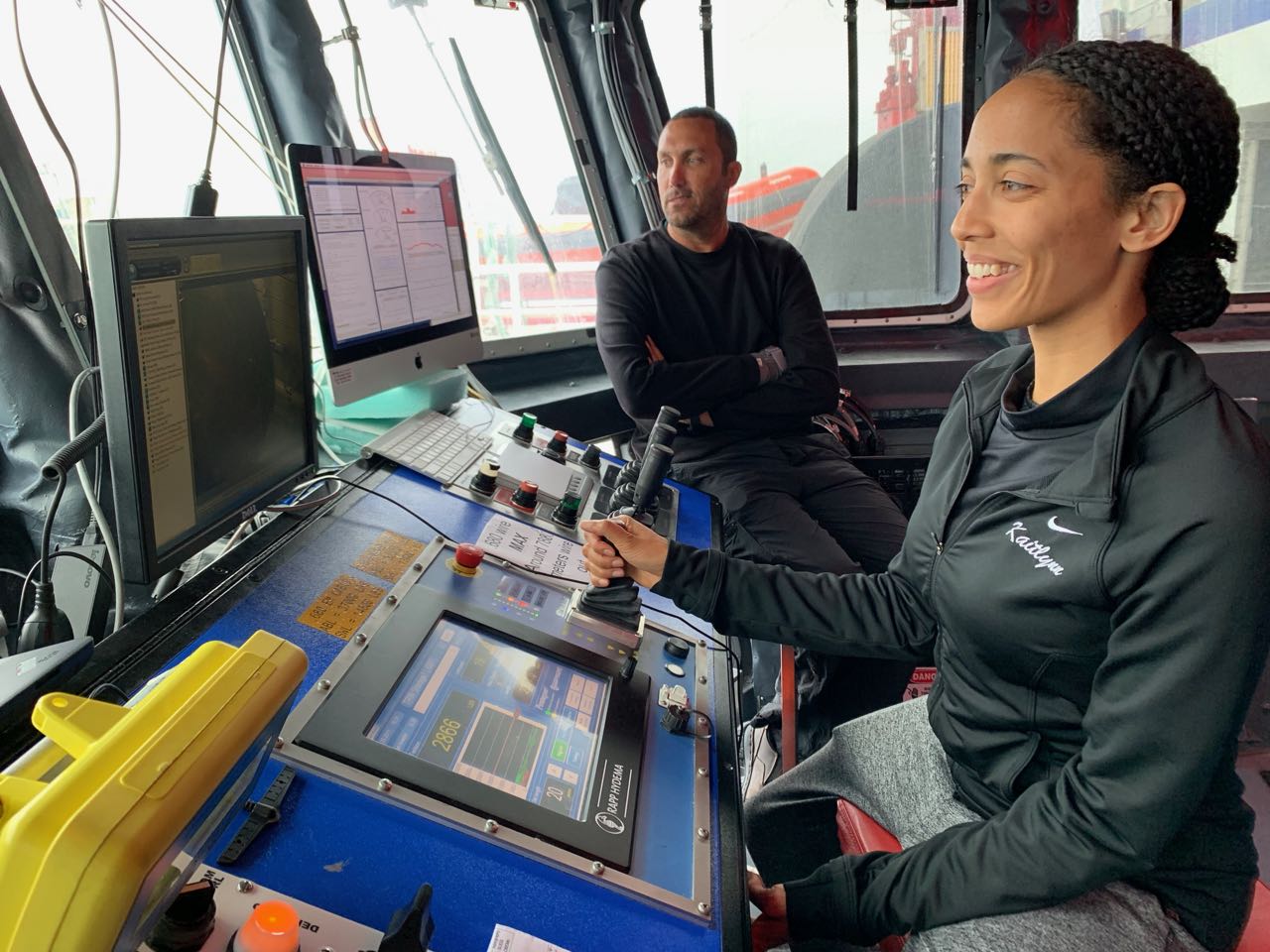 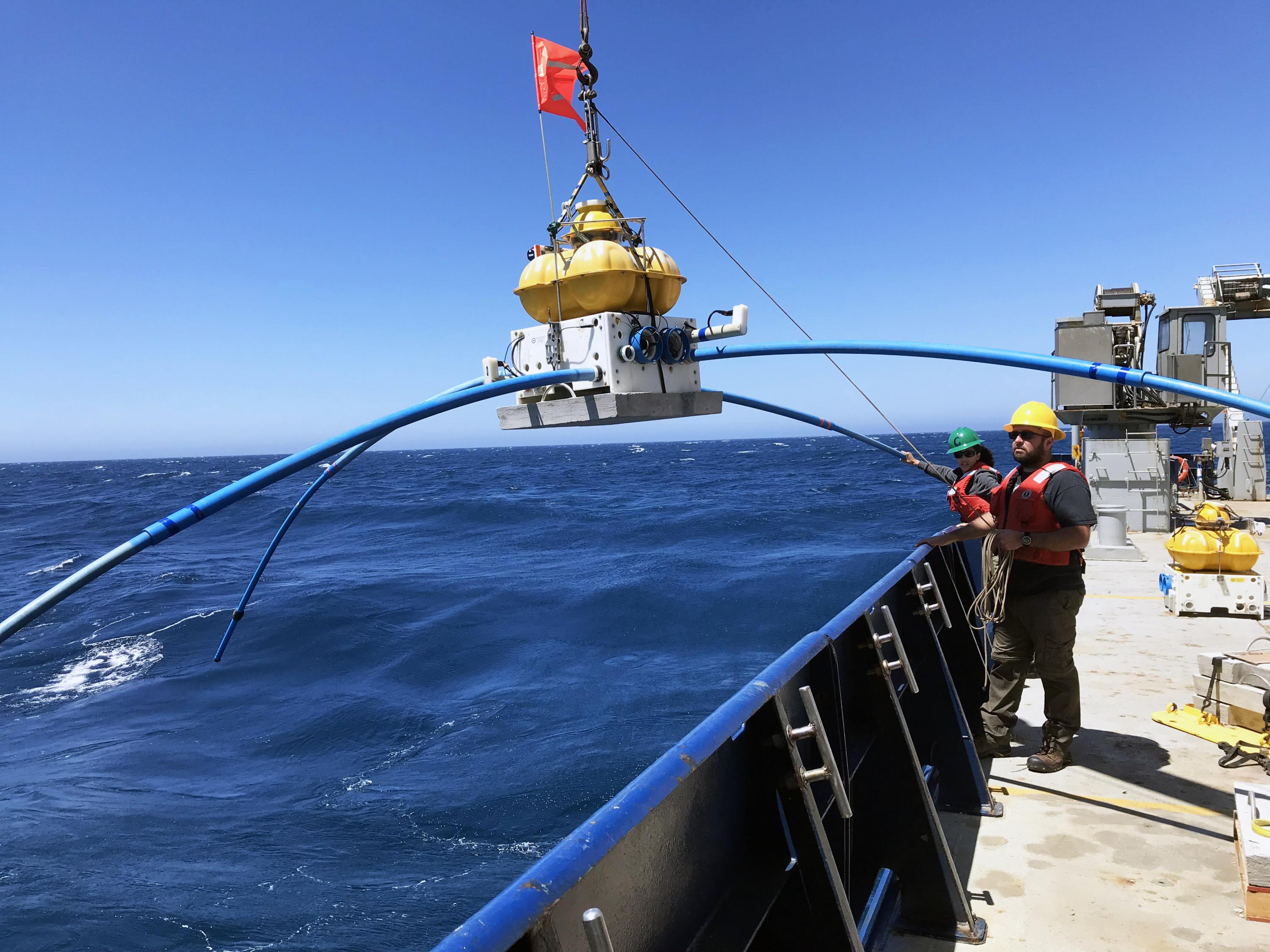 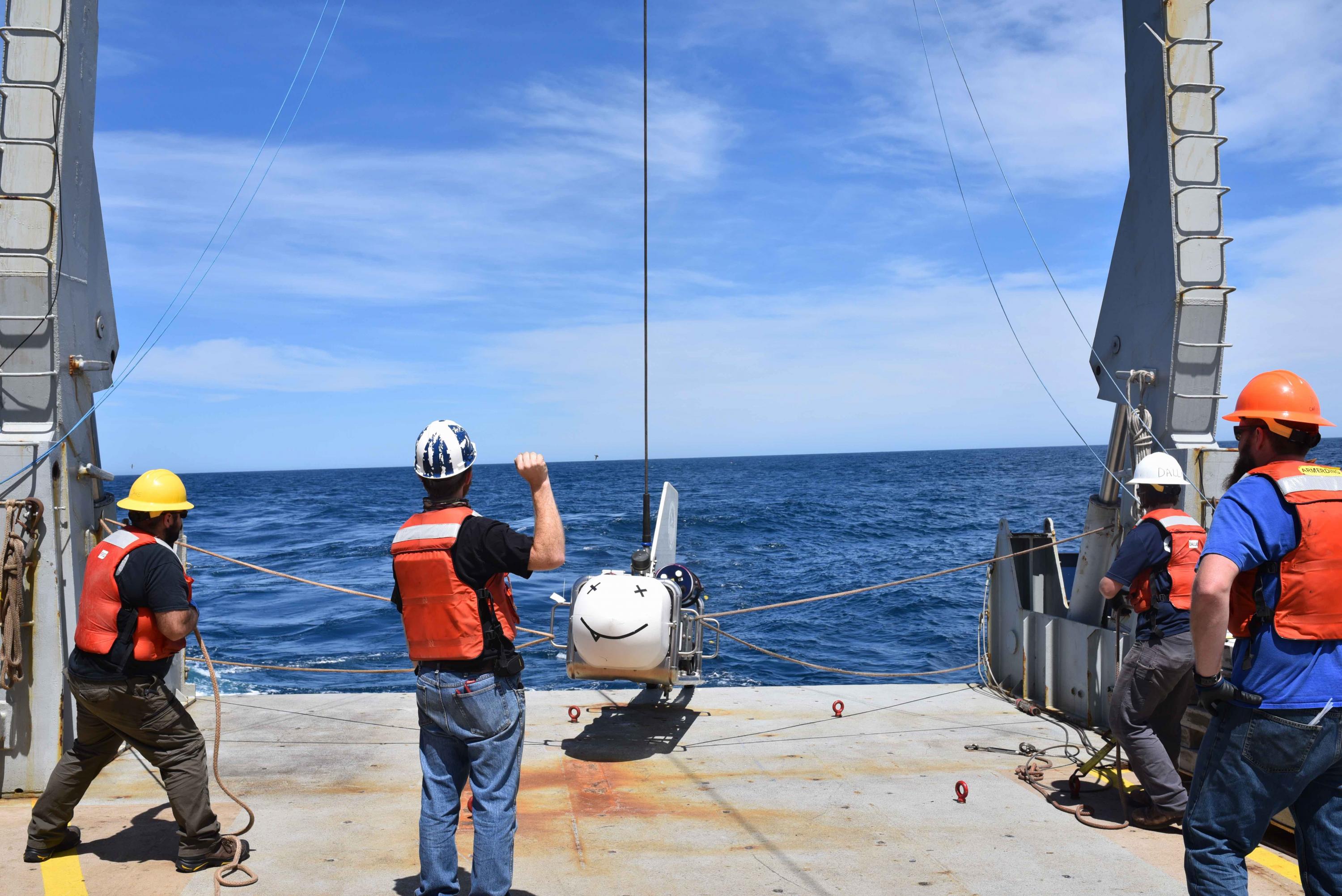