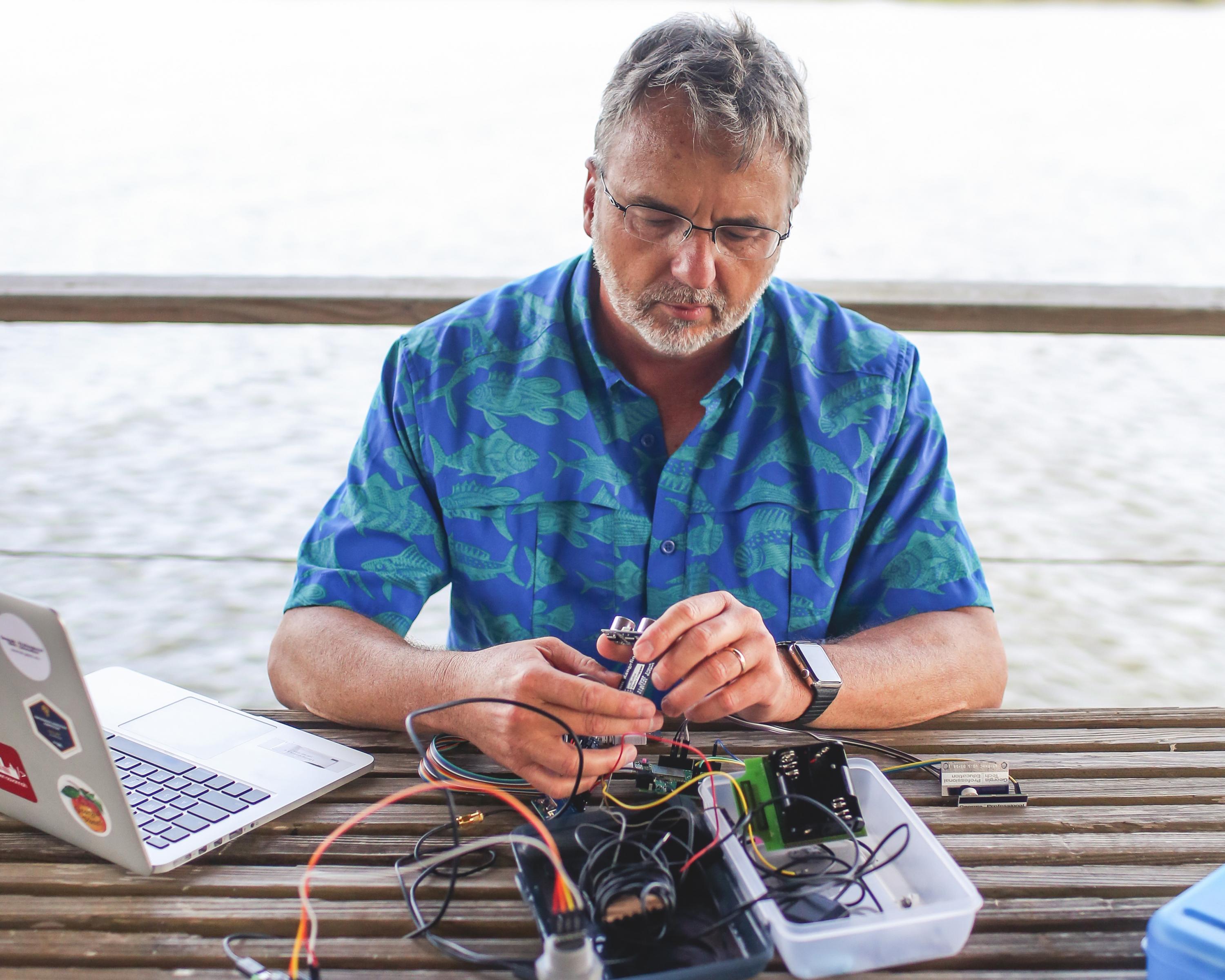 Georgia Tech’s Smart Sea Level Sensors Program is receiving $500,000 in funding for its support of the Integrated Ocean Observing System (IOOS®), a national-regional partnership working to provide new tools and forecasts to improve safety, enhance the economy, and protect the environment here in the United States. IOOS is also a major contributor to the Global Earth Observing System which involves 70 countries.

With this new grant, the Georgia Tech team will collaborate closely with the Southeast Coastal Ocean Observing Regional Association (SECOORA) which supports and maintains a broad network of observing infrastructure and data tools such as monitoring sea levels and other data for a four-state region. Georgia Tech’s Smart Sea Level Sensors Program has more than 50 wireless, internet-enabled sensors placed in the city of Savannah and surrounding county, flood vunerable areas. SECOORA earned an overall award of more than $4 million to support the southeast region of the United States (Georgia, North Carolina, South Carolina, and Florida). SECOORA is one of 11 federally recognized regional coastal observing systems that comprise the NOAA led United States Integrated Ocean Observing System (IOOS®).

The IOOS program is headquartered within the National Oceanic and Atmospheric Administration (NOAA) which is a bureau in the Department of Commerce. NOAA’s products and services support economic vitality and affect more than one-third of America’s gross domestic product.

"More than 40% of the U.S. population lives along the coast, and even more rely on the ocean, coast, and Great Lakes for their livelihoods, weather, and services every day," said Carl C. Gouldman, director, U.S. IOOS Office. "The IOOS Regional Associations link on-the-ground needs to our national system, ensuring its flexibility, responsiveness, and diversity while coordinating a network of regional coastal observing systems."

Federally certified to gather and manage high-quality observing data, the Regional Associations give diverse groups—including state, local, and tribal governments, national partners, academia, and local networks—a voice in shaping a responsive and flexible national observing system. This network is customized to meet regional needs that help us understand and forecast changes in our ocean and climate, prepare for and respond to coastal disasters, and balance the needs of resource use, economic development, and environmental stewardship.

Having information about our environment is key to sustaining our planet, our way of life, and future generations. More than 23 percent of the world's population live within a 100-kilometer distance and 100-meter elevation coastlines, at densities about three times higher than the global average. Twenty five percent of Earth's biological productivity and an estimated 80 to 90 percent of global commercial fish catch is concentrated in coastal zones. Enhanced observations and data integration will improve our early warning and forecasting abilities, allowing our coastal communities to better prepare and respond to potential danger.

“We are deeply appreciative of this partnership with SECOORA that will enable us to expand our sensor coverage and to enhance the overall data quality and utility for the communities we serve,” said Russell Clark, who helps lead Georgia Tech’s Sea Level Sensors Program.

The United States along with 70 other countries, the European Commission and 46 international organizations have joined together to build the Global Earth Observing System of Systems (GEOSS) over the next 10 years. The Group on Earth Observation (GEO) is an international partnership leading a worldwide effort to build GEOSS. The ultimate goal of GEOSS is to monitor the “pulse of the planet.” The objective is to link all observing platforms, identify gaps in global observing capacity, and facilitate exchange of data and information for improved decision-support. The global ocean component of GEOSS is the Global Ocean Observing System (GOOS). The United States' Integrated Ocean Observing System (IOOS) is a major contribution to GOOS.

The Integrated Ocean Observing System (IOOS) is important because it provides integrated environmental and climatological information about coastal and ocean ecosystems, which is critical for the safety of future populations and for sustaining the environment.