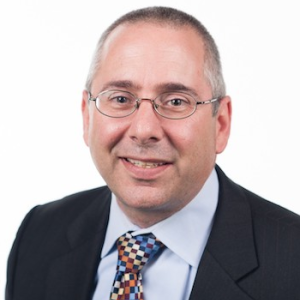 Robert Butera serves Georgia Tech as the Vice President for Research Development and Operations (VPRDO). The VPRDO is responsible for supporting and developing the research enterprise, operating the internally funded research programs in collaboration with the colleges, overseeing core facilities and research space, and managing policies related to research administration and operations. Robert is a Professor jointly appointed in the Wallace H. Coulter Dept. of Biomedical Engineering and the School of Electrical and Computer Engineering.

A 1991 BEE graduate of Georgia Tech, Butera attended graduate school at Rice University in Houston, Texas, receiving the MSEE in 1994 and PhD in 1996. Following graduate school, he conducted postdoctoral research at the National Institutes of Health (NIH) in Bethesda, Maryland. While at the NIH, he worked jointly in the Mathematical Research Branch and the Laboratory for Neural Control.

Prior to joining the Office of the Executive Vice President for Research, Butera served as the Associate Dean for Research in the College of Engineering (2016-2019). He previously directed the Neural Engineering Center (2014-2016), served as founding Faculty Director of the Grand Challenges Living Learning Community (2012-2015), and Director of the Interdisciplinary Bioengineering Graduate Program (2005-2008).   During the 2008-2009 academic year he served as a Jefferson Science Fellow at the US Department of State in Washington, DC.

Butera’s research is currently focused on developing novel methods for peripheral and autonomic nerve modulation using electrical signaling, combining engineering and neuroscience to tackle clinically motivated problems. For much of his earlier career, he conducted research in computational approaches to problems in systems and cellular neuroscience.  Professionally, Butera has served as Vice-President for Finance (2011-2014) and Vice-President for Publications (2017-2019) for the IEEE Engineering in Medicine and Biology Society.  He also served on the Board of Directors for the Organization for Computational Neuroscience (2013-2015). Butera is a Fellow of the American Institute of Medical and Biological Engineering and the American Association for the Advancement of Science.