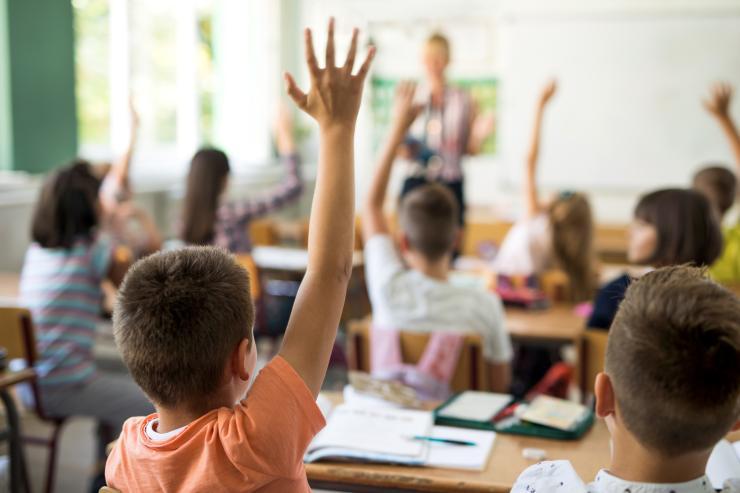 This story by Mike Scott is shared with the Case Western Reserve University newsroom.

New research suggests the “growth mindset” strategy favored by some educators to improve student performance hasn’t lived up to its promise—resulting in time and effort dedicated to growth mindsets in the classroom without meaningful gains in grades or test scores.

More than 30 years ago, noted psychologist Carol Dweck proposed that students with a growth mindset—those who believe their intelligence can “grow” with effort— focus more on learning, work hard, seek challenges and are resilient to setbacks.

Teaching students to hold a growth mindset, Dweck has said, will lead to greater academic achievement.

But recent research from Brooke Macnamara, of Case Western Reserve University, and Alexander Burgoyne, of the Georgia Institute of Technology examining all relevant studies on the topic, found little to no positive effect of growth mindset interventions on student performance.

Since Dweck’s theory first emerged in the 1980s and especially following her 2006 book, “Mindset: The new psychology of success,” an entire industry of nonprofit organizations and for-profit companies has emerged.

Some of those organizations distribute the interventions to schools, teachers, parents and students, claiming the motivational materials boost academic achievement.

Despite growth mindset’s popularity in schools and other settings, the interventions may be largely ineffective and may even be harmful by pulling resources away from more promising efforts, the researchers said.

“Taken together, the research suggests that time and money might be better spent elsewhere,” said Macnamara, an associate professor of psychology at Case Western Reserve and the study’s lead author. “Those resources could be used to update class materials, develop more promising interventions, or make systemic changes.”

Their findings, based on analyzing previous studies of interventions designed to give students a growth mindset, were published recently in the journal Psychological Bulletin.

Macnamara and Burgoyne examined every study they could find—more than 60—that compared the academic achievement of students receiving a growth mindset intervention to a control group.

They also evaluated the quality of each intervention study and whether the study authors had potential financial conflicts of interest.

The researchers found that:

“We found that teachers frequently knew which students had been assigned to receive the intervention,” Burgoyne said. “Expectations can influence study outcomes. Teachers may expect students who receive growth mindset training to work harder, which could, in turn, influence how they interact with those students and grade them.”

“Couple that with financial incentives and popular-press hype,” Burgoyne said, “and you have a recipe for the widespread adoption of growth mindset interventions in schools without much solid evidence to back it up.”