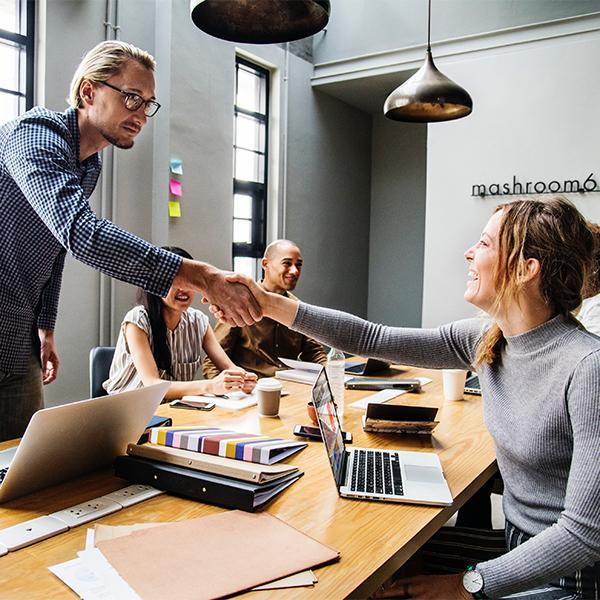 Discrimination in the workplace has been the subject of research for many years. Much work has been done to identify and examine its effects as it relates to race, gender, and ethnicity, while even more work in this area is required.

Adding to the body of research on this topic, faculty from the Georgia Tech Scheller College of Business examined how the experience of negotiating a salary differed based on whether or not an individual reported having a disability. They also explored the role a hiring manager’s bias may play in the hiring decision. Their findings, which are reported in a manuscript entitled  “Everything is Negotiable but Not for Everyone: The Role of Disability in Compensation,” are forthcoming in the Journal of Applied Psychology.

The researchers (Mary Eve Speach, Ph.D. candidate in Organizational Behavior; Katie Badura, assistant professor in Organizational Behavior; and Terry Blum, Tedd Munchak Chair and Professor of Organizational Behavior) discovered a significant discrepancy in negotiating a starting salary for job candidates with a disability versus those without a disability. Data from the census bureau and other sources have shown that individuals with a disability are paid less than other employees. With this in mind, Speach et al. delved deeper into the research to discover missing information - including when a bias originates, as well as the factors that influence decisions made during the negotiation process.

The team performed three distinct studies for their research.

In the first study, using fictitious job candidates with disabilities, they discovered hiring managers offer a similar starting salary to every candidate who meets the job qualifications. Knowing previous data shows lower salaries between those with a disability compared to others, the researchers looked to the second study to see if this discrepancy showed up further into the employment process when salary negotiations begin in earnest.

“This finding told us that the pre-existing evidence of a wage gap in employees with and without disabilities may not originate in the first offer a hiring manager makes. As such, our second study sought to determine whether this pay discrepancy might then be occurring further into the employment process when job candidates begin negotiating a salary,” Speach explained.

The second study is more revealing. Believing they were negotiating with a hiring manager, most job candidates with a disability negotiated a lower starting salary. Further, when individuals perceived a greater sense of discrimination in society, they negotiated an even lower final salary.

In the third study, the team wanted to determine whether individuals with a disability who try to negotiate a higher salary further in the job process were viewed more negatively. Building on past theory, they suggested that hiring managers are less likely to expect salary negotiations from those with a disability, as this population has historically been viewed as possessing stereotypes of lower assertiveness and higher friendliness. Collectively, their findings concluded that those with a disability face both social and economic penalties from hiring managers as they are less well-liked and receive lower negotiated salaries.

“Addressing this issue is imperative given the effects of the job candidate and hiring manager interaction transcends the negotiation stage. Employees continue to renegotiate throughout their employment, receiving raises and bonuses. When those with disabilities begin at lower salary levels due to their status, this group is continually disadvantaged and the monetary gap between those with and without disabilities may continue to grow wider,” said Speach.

Providing anti-bias training for hiring managers should be a priority for any organization. In addition, to avoid bias against employees with disabilities, organizations may offer a starting salary that is commensurate with other recently negotiated salaries. Altogether, the onus should be on the organization to produce policies and practices that dispel and prevent biases that may adversely impact those with disabilities.

Speach and her colleagues suggest more exploration into the work experiences of people with disabilities and more specifically, increased inquiry into the employment cycle for those with disabilities (e.g., performance appraisals, training/development, advancement opportunities, etc.). In addition, while they focused on salary negotiations, the team suggests their findings might lead to further research to examine how interviewees with disabilities might discuss the benefits an organization will have in hiring them to diminish stereotypes and biases.

“Altogether, our work is a starting point for a vast array of projects that seek to help those with disabilities navigate this critical stage of the employment cycle and encourages workplaces to proactively engage in equitable pay practices,” said Speach.