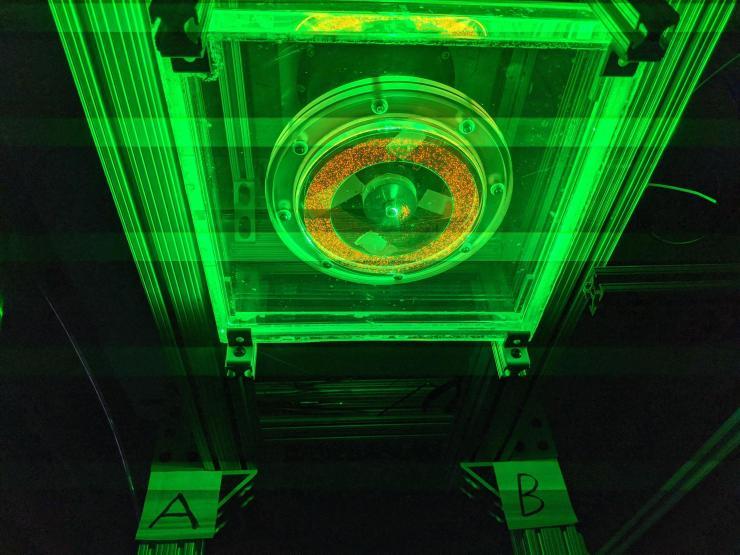 Turbulence plays a key role in our daily lives, making for bumpy plane rides, affecting weather and climate, limiting the fuel efficiency of the cars we drive, and impacting clean energy technologies. Yet, scientists and engineers have puzzled at ways to predict and alter turbulent fluid flows, and it has long remained one of the most challenging problems in science and engineering.

Now, physicists from the Georgia Institute of Technology have demonstrated — numerically and experimentally — that turbulence can be understood and quantified with the help of a relatively small set of special solutions to the governing equations of fluid dynamics that can be precomputed for a particular geometry, once and for all.

“For nearly a century, turbulence has been described statistically as a random process,” said Roman Grigoriev. “Our results provide the first experimental illustration that, on suitably short time scales, the dynamics of turbulence is deterministic — and connects it to the underlying deterministic governing equations.”

The findings were published in Proceedings of the National Academy of Sciences on August 19, 2022. The team of researchers was led by Grigoriev and Michael Schatz, professors in the School of Physics at Georgia Tech who have collaborated on various research projects over the past two decades.

Schatz and Grigoriev were joined in the study by School of Physics graduate students Chris Crowley, Joshua Pughe-Sanford, and Wesley Toler, along with Michael Krygier, a postdoctoral scientist at Sandia National Laboratories, who developed the study’s numerical solvers as a graduate student at Georgia Tech.

A New 'Roadmap' for Turbulence Research

Quantitatively predicting the evolution of turbulent flows — and, in fact, almost any of their properties — is rather difficult. “Numerical simulation is the only reliable existing prediction approach,” Grigoriev said. “But it can be awfully expensive. The goal of our research was to make prediction less costly.”

The researchers created a new “roadmap” of turbulence by looking at a weak turbulent flow that was confined between two independently rotating cylinders — giving the team a unique way to compare experimental observations with numerically computed flows, due to the absence of “end effects” that are present in more familiar geometries, such as flow down a pipe.

“Turbulence can be thought of as a car following a sequence of roads,” said Grigoriev. “Perhaps an even better analogy is a train, which not only follows a railway on a prescribed timetable but also has the same shape as the railway it is following.”

The experiment featured transparent walls to allow full visual access, and it used a state-of-the-art flow visualization to allow the researchers to reconstruct the flow by tracking the motion of millions of suspended fluorescent particles. In parallel, advanced numerical methods were used to compute recurrent solutions of the partial differential equation (Navier-Stokes equation), governing fluid flows under conditions exactly matching experiment.

It is well-known that turbulent fluid flows exhibit a repertoire of patterns — referred to as 'coherent structures' in the field — that have a well-defined spatial profile but appear and disappear in an apparently random manner. By analyzing their experimental and numerical data, the researchers discovered that these flow patterns and their evolution resemble those described by the special solutions they computed. These special solutions are both recurrent and unstable, meaning they describe repeating flow patterns over short intervals of time. Turbulence tracks one such solution after another, which explains what patterns can appear, and in what order.

“All the recurrent solutions that we found in this geometry turned out to be quasi-periodic — that is, characterized by two different frequencies,” said Grigoriev. One frequency described the overall rotation of the flow pattern around the axis of symmetry of the flow, while the other described the changes in the shape of the flow pattern in a reference frame co-rotating with the pattern. The corresponding flows repeat periodically in these co-rotating frames.

“We then compared turbulent flows in experiment and direct numerical simulations with these recurrent solutions and found turbulence to closely follow (track) one recurrent solution after another, for as long as turbulent flow persisted,” Grigoriev said. “Such qualitative behaviors were predicted for low-dimensional chaotic systems, such as the famous Lorenz model, derived six decades ago as a greatly simplified model of the atmosphere.”

“Using this method, we conclusively showed that the organization of turbulence in both space and time is well captured by these structures,” the researchers said. “These results lay the foundation for representing turbulence in terms of coherent structures and leveraging their persistence in time to overcome the devastating effects of chaos on our ability to predict, control, and engineer fluid flows.”

These findings most immediately impact the community of physicists, mathematicians, and engineers who are still trying to understand fluid turbulence, which remains “perhaps the greatest unsolved problem in all of science,” Grigoriev said.

“This work builds and expands on previous work on fluid turbulence by the same group, some of which was reported at Georgia Tech in 2017,” he added. “Unlike the work discussed in that publication, which focused on idealized two-dimensional fluid flows, present research addresses the practically important and more complicated three-dimensional flows.”

Ultimately, the team’s study lays a mathematical foundation for fluid turbulence which is dynamical, rather than statistical, in nature — and hence has the capability to make quantitative predictions, which are crucial for a variety of applications.

“It can give us the ability to dramatically improve the accuracy of weather forecasts and, most notably, enable prediction of extreme events such as hurricanes and tornadoes,” said Grigoriev. “Dynamical framework is also essential for our ability to engineer flows with desired properties, for instance, reduced drag around vehicles to improve fuel efficiency, or enhanced mass transport to help remove more carbon dioxide from the atmosphere in the emerging direct air capture industry.”

Funding and acknowledgements: The researchers thank Marc Avila for sharing his Taylor–Couette flow code, and gratefully acknowledge financial support by Army Research Office under Grants W911NF-15-1-0471 and W911NF-16-10281 and by NSF under Grant CMMI-1725587. 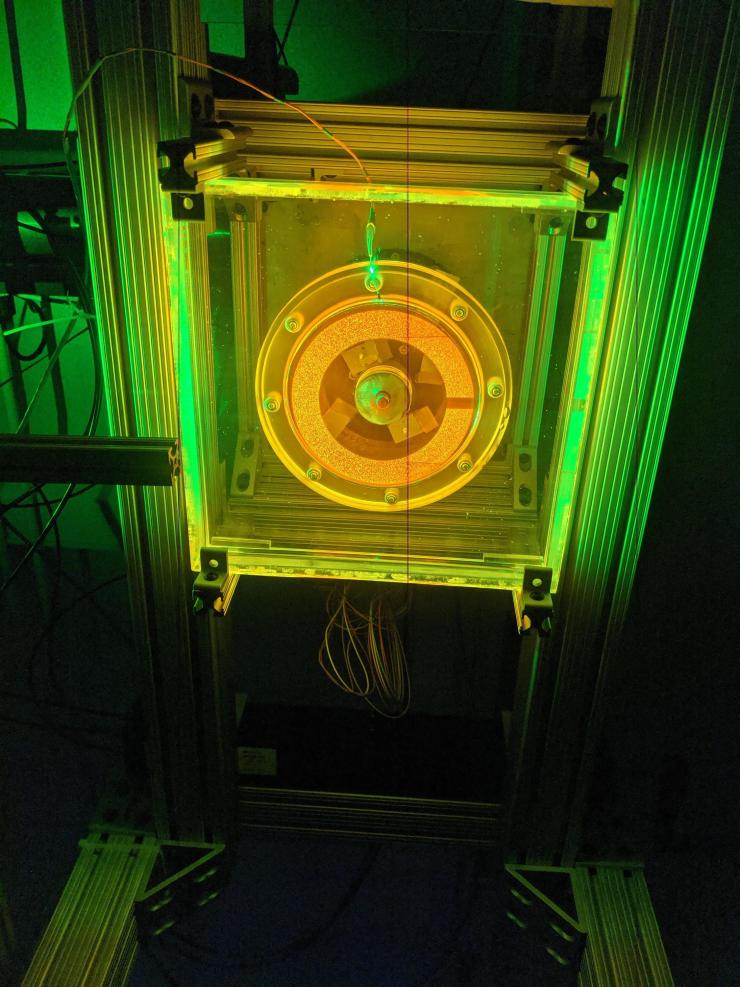 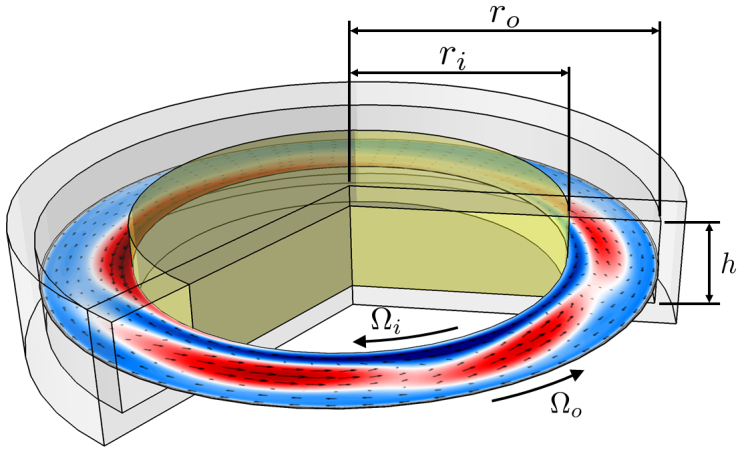 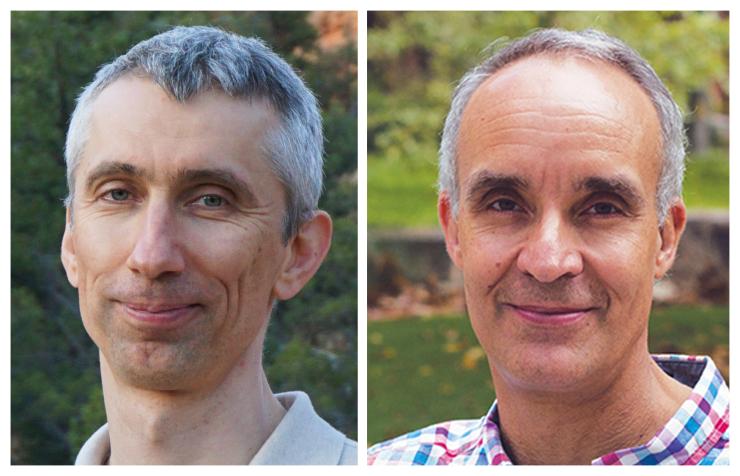