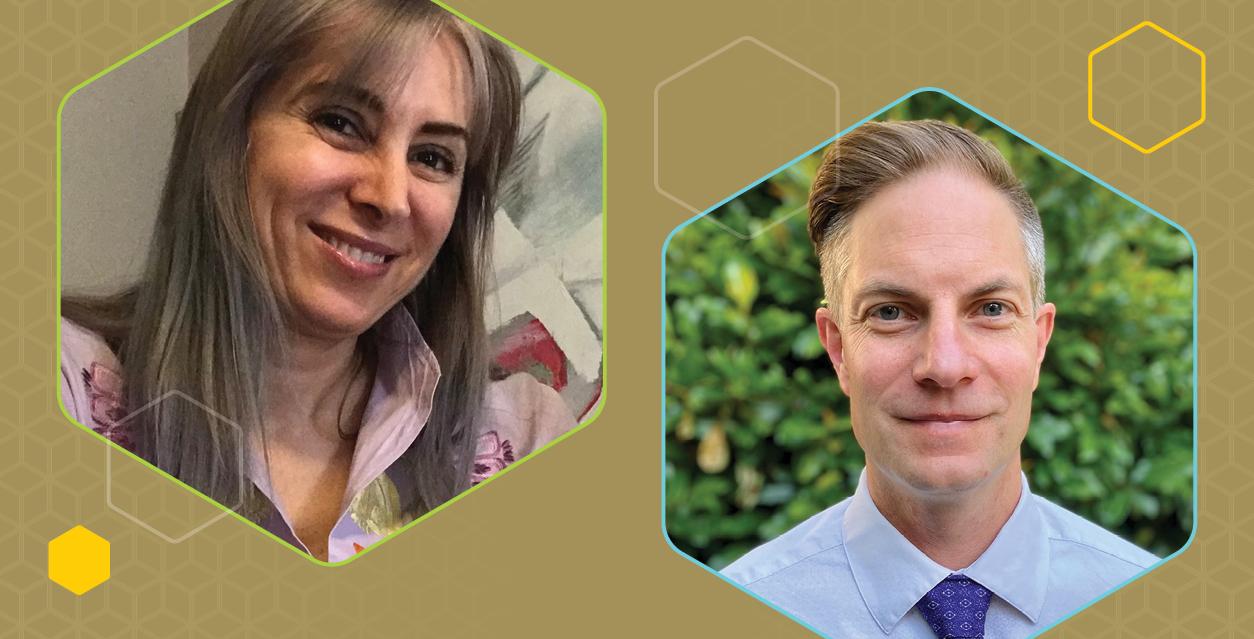 Nicoleta Serban (left) and Will Sharp have collaborated on research that is making a revolutionary treatment program for pediatric feeding disorders available for more patients and families.

Researchers William Sharp and Nicoleta Serban want kids to eat what’s good for them, and they want the healthcare industry to recognize the benefits – both physical and fiscal – of healthy eating habits for kids. Sounds simple. But it isn’t.

About 5% of children struggle with significant feeding disorders. Many of them are sustained by feeding tubes, which enable the delivery of necessary nutrition, but can ultimately thwart appropriate feeding patterns or lead to a diminished quality of life.

“These are kids who often have medical and developmental complexities, prematurity, food allergy concerns, and issues that lead them to associate food with pain,” said Sharp, associate professor of Pediatrics at Emory’s School of Medicine and Director of the Multidisciplinary Feeding Program at the Marcus Autism Center and Children’s Healthcare of Atlanta.

Some of the children he works with have extremely limited diets. For example, they might only eat chicken nuggets and fries. “And they end up in the hospital with scurvy,” said Sharp, also a clinical psychologist. “This isn't picky eating. It’s part of a psychiatric condition called avoidant restrictive food intake disorder, or ARFID, and it can lead to bad medical outcomes.”

Collaborating with the Georgia Institute of Technology researcher Serban, Sharp is trying to avoid those outcomes. Their work together could bring a successful alternative treatment option for feeding disorders to more patients and families who are struggling with the issue.

Over the past 15 years, Sharp and his diverse team at the Marcus center – psychologists, physicians, dieticians, speech/language pathologists, and social workers – have developed and enhanced their intensive multidisciplinary intervention (IMI) treatment program for pediatric feeding disorders (PFDs).

It's a behavioral approach that fosters a positive and healthy relationship with food, and so far, it’s proven effective in getting kids off a feeding tube or expanding their diet into the healthy realm.

The goal Sharp and West had in mind was to reach more children. But the treatment is still widely unattainable to a large population of patients who depend on public assistance.

“It’s been an uphill battle from an insurance coverage perspective,” said Sharp. For example, Medicaid, the federal and state program that helps with health costs for millions of Americans, recognizes these feeding disorders as a diagnosed condition, and will cover the cost of tube feeding supplies, “but they don’t recognize our treatment program at all,” Sharp added.

That’s where Serban and her team came in.

The overarching goal of Serban’s research is to gather and analyze massive amounts of data to help inform and influence public policy and healthcare delivery. This project was right in her wheelhouse.

“They wanted to compare their intervention with the traditional care approach, which is the feeding tube,” said Serban, Peterson Professor of Pediatric Research in the H. Miltion Stewart School of Industrial and Systems Engineering. “The basic idea was to compare these two models, particularly from a cost perspective, because at the time Medicaid and other forms of insurance did not cover the intervention.”

Serban knew enough about the medical success rate  of  intensive multidisciplinary intervention, but her job was to make the economic argument, “because, you know, sometimes the economic incentive is the trigger for reimbursement for those kinds of services. So that’s where we started.”

The study – Serban was lead author, Sharp was corresponding author – was published in the journal Medical Decision Making, in July 2020. They used a computer model to simulate PFD-treatment along two paths: G-tube only and IMI (targeting G-tube weaning). The cost difference was dramatic, with the G-tube treatment option costing twice as much.

The research contributes to a growing body of research by Sharp and colleagues that has been compelling enough that some private insurance companies, such as Cigna and Blue Cross Blue Shield, now are covering IMI. But Medicaid still hasn’t recognized this model of care.

“Securing insurance coverage is a critical tipping point in the delivery of care for children with severe feeding disorders," Serban said.

The interdisciplinary intervention is expensive and very few families can afford to pay out of pocket, she added. But the collaboration with Sharp could help increase access to care, demonstrating the value of the treatment from a Medicaid perspective.

That's an important first step, according to Sharp. "Our hope is that the more research we can put forward demonstrating the impact from both a clinical and economic perspective, the more we can help move the needle forward on coverage.”