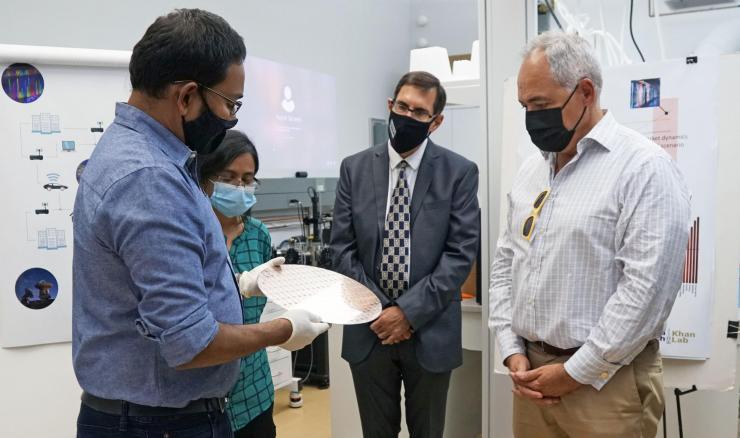 As the world’s demand for electronics keeps growing, so does the impact on climate change. The carbon footprint of those billions of devices we use, including smartphones, already accounts for about 3.7% of all global greenhouse emissions and at the present rate of use, could reach 14% by 2040.

“Therefore, we need to limit the increase of the power that is consumed by future electronics,” said Georgia Institute of Technology researcher Asif Islam Khan, who is working with an international team of collaborators to do exactly that. They address the challenge in a new study published March 9 in the journal Nature Communications.

“Our goal with this research was to find ways to reduce the power consumption of future electronics,” said Khan, assistant professor in the School of Electrical and Computer Engineering with a courtesy appointment in the School of Materials Science and Engineering.

“But it has become more and more difficult to reduce the power consumption of electronic circuits further, because they need a certain voltage level to operate,” explained the paper’s lead author, Michael Hoffmann, a postdoctoral researcher at the University of California, Berkeley. “Reducing this operating voltage would make electronics much more energy efficient.”

The 24-person research team included investigators from Europe, South America, and across the U.S. One promising solution they suggest is so-called “negative capacitance.” Capacitance is a measure of how much electric charge will flow into a device when a voltage is applied. Basically, positive capacitance means an increase of voltage will increase the amount of charge.

“For negative capacitance, an increase of the voltage will reduce the amount of charge,” said Hoffmann. “For this reason, a negative capacitance could be used to amplify a voltage in electronic devices, thus enabling a reduction of their power consumption.”

Getting there is the trick, and Khan thinks they may have found a way with a class of materials called ferroelectrics and antiferroelectrics.

So, the research team set out to demonstrate negative capacitance in an antiferroelectric material.

“These results show that there should be many more materials that show negative capacitance than previously thought,” said Hoffmann. “Furthermore, we were able to investigate the normally unstable region where the antiferroelectric transforms into a ferroelectric.”

Such processes are called phase transitions, which are critical in many different fields of the physical sciences.

“For example, the melting of ice can be understood as a transition between a solid and a liquid phase,” said Khan. “Our work suggests new ways to gain insight into such phase transition phenomena more generally.”

The most immediate impact of this early-stage research would lead to the development of energy efficient electronics, a big deal since electronic devices are becoming ubiquitous. In the long term, in addition to smartphones and laptops with longer battery lives and improved performance, the discoveries here could also help reduce the environmental impact of large data centers and super computers.

One of the most exciting aspects of the work for the researchers was the antiferroelectric material they investigated: zirconia, a material that is well-established in the semiconductor industry, an essential part in the working memory of almost every computer or smartphone in use today.

“It was only recently discovered that zirconia is antiferroelectric,” said Hoffmann. “So, our research could be translated into applications relatively quickly since zirconia is already used in most of the electronics that we use every day.” 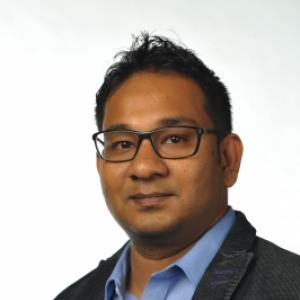