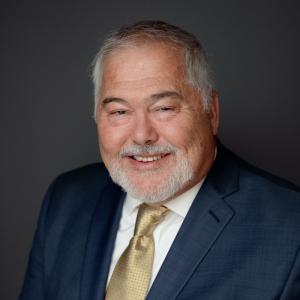 As associate vice president, Nolan will lead a newly created office that will serve as the nexus for the Institute’s entire partner relationship and activity portfolios. The office is also tasked with facilitating collaboration efforts across various partner units within Georgia Tech, including the Enterprise Innovation Institute, Technology Licensing, Economic Development, Institute Relations, and Corporate Contracting, among others.

Nolan joined the team on January 1, 2022. His appointment follows a national search and is part of a larger Institute effort for more strategic and complementary initiatives between its corporate relations and industry collaboration units. Under this structure, Nolan will jointly report to the executive vice president for research and the vice president for development.

Nolan comes to Georgia Tech with more than 20 years of higher education expertise in economic development and corporate relations engagement.

At Carnegie Mellon, Nolan nearly doubled the university’s industry sponsored research spending between 2016 and 2020. During his tenure, the university’s executive education revenue increased by nearly 190% and several of its corporate partners, including Facebook, Honeywell Robotics, and Philips, opened new facilities near the campus.

Prior to Carnegie Mellon, Nolan spent nearly 15 years at the University of Illinois at Urbana-Champaign, where he was appointed assistant director of economic development/private sector partners program at the National Center for Supercomputing Applications in 2001 and then associate director of information technology and economic development in 2006 for the UIUC campus. He was named director in 2013. In those roles, he authored the economic development and industry engagement portion of a National Science Foundation (NSF) proposal for the Blue Waters Petascale Supercomputer, bringing in a $208 million award.