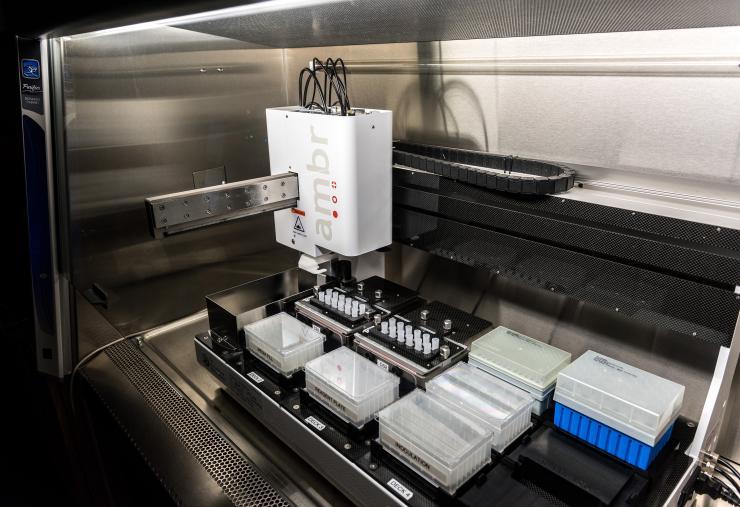 This small-scale bioreactor is the model for how cell manufacturing exists on the industrial scale. (Credit: Rob Felt, Georgia Tech)

Doctors knew long before Owen Webb was born that they were racing against the clock to save his life.

Tests had confirmed the developing child suffered from Krabbe disease, a genetic disorder that causes toxins to build up in the nervous system, progressively damaging the brain.

Just days after he was delivered, a medical team at Duke University began Owen on nine days of chemotherapy. His body was then infused with stem cell-rich donor umbilical cord blood. A second dose came four weeks later, through a spinal tap, delivering millions of cells directly to his central nervous system.

The rush to save the newborn came about two months after his 10-month-old sister, Mabry Kate, died from the same disease. Christin and Kyle Webb had spent months in and out of hospitals searching for answers as to why their daughter no longer smiled and was having muscle spasms and trouble eating.

By the time she was diagnosed with Krabbe at 6 months of age, the disease had progressed too far for treatment.

“We felt helpless,” Christin Webb said. “As parents we were supposed to be able to help her, and we couldn’t.”

But their search wasn’t in vain. It led them to Duke and to the discovery that for Owen, it was not too late.

For years, medical researchers across the country have been working on a host of groundbreaking therapies using human cells to treat a range of diseases, from neurological leukodystrophies such as Krabbe disease, all the way to certain types of cancer.

For all of its promise, however, cell therapy still faces hurdles before it can be used to treat more than a handful of patients at a time. Challenges range from the need to standardize the way cells are manufactured to figuring out how to produce cells faster, in greater quantities, and at lower cost. Georgia Tech researchers have embarked on a multiyear effort aimed at helping doctors and scientists address these challenges and expand cell therapies to more people and more conditions.

“The fundamental challenge is that we’re dealing with a living entity,” said Krishnendu Roy, Robert A. Milton Chair and professor in the Wallace H. Coulter Department of Biomedical Engineering at Georgia Tech and Emory University. “Classically we’ve always dealt with manufacturing an inanimate object, like materials or a car or an airplane. Even in biomanufacturing we have mostly dealt with a single molecule or protein, not a complete living product like a cell that can change with every manipulation you make.”

In January 2016, Georgia Tech announced a research center devoted to developing processes and techniques to manufacture living cells — the Marcus Center for Therapeutic Cell Characterization and Manufacturing (MC3M). Made possible by a $15.7 million grant from the Atlanta-based Marcus Foundation, the $23 million center will include a facility to produce cells under strict federal quality control protocols — referred to as a good manufacturing practices facility — and will provide the framework for partnerships with industry as well as research and clinical institutions across the country.

The cell manufacturing effort is just one of myriad research initiatives ongoing at Georgia Tech geared toward advancing manufacturing technologies to solve real-world problems in a broad range of areas. 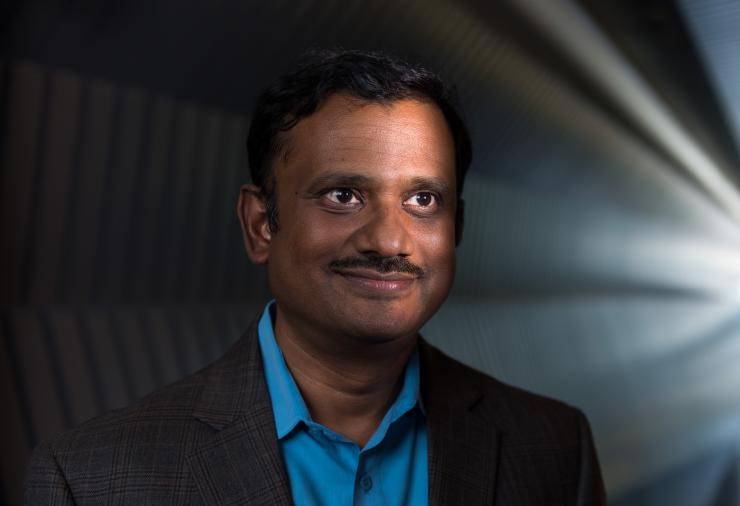