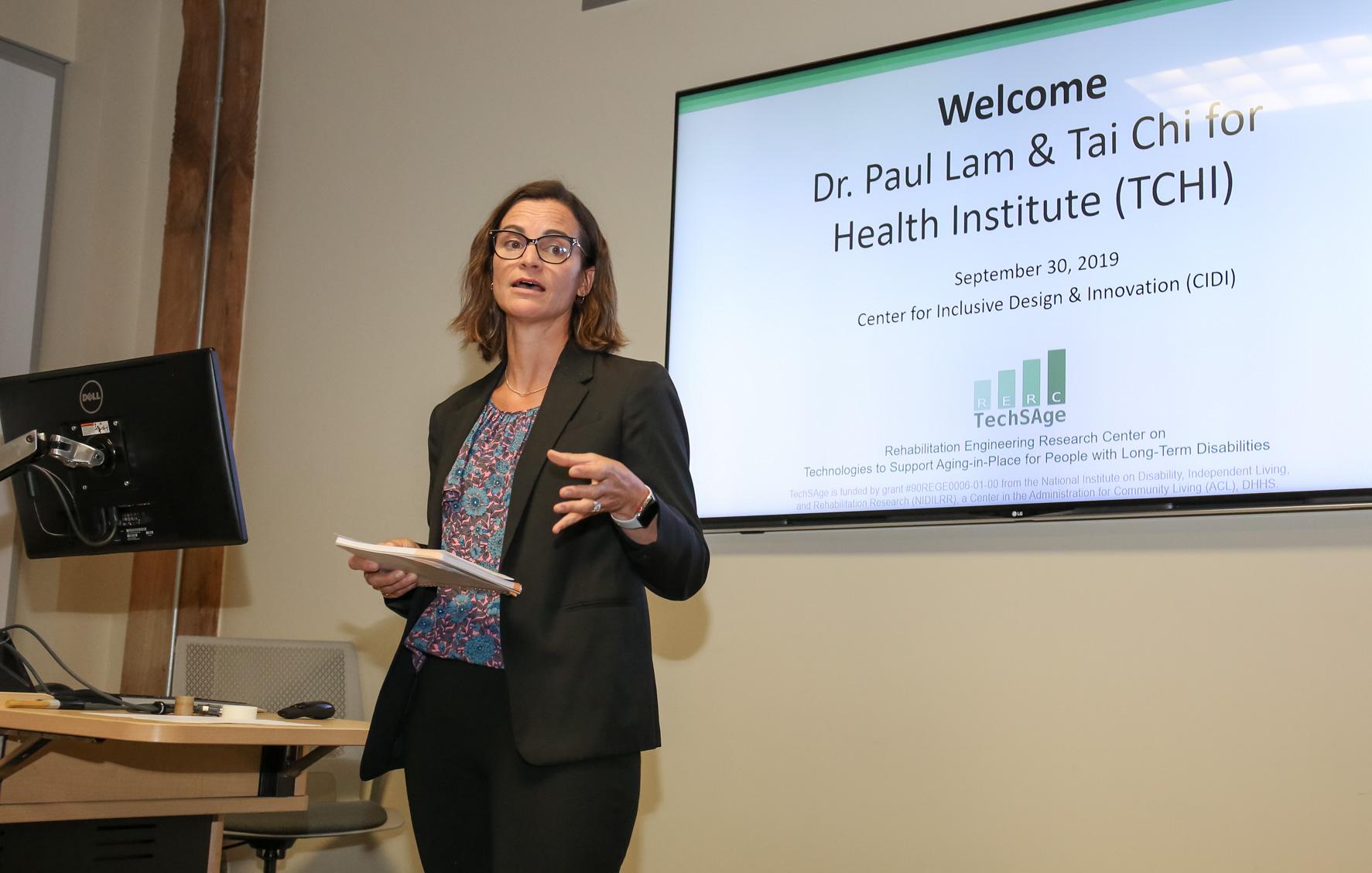 As we age, we lose so many of the abilities we once prized. The simple tasks aren’t easy anymore. Things like climbing steps, walking on the sidewalk, cooking, and even going to the bathroom become achievements to us when we perform them without incidence, embarrassments when we fail. After spending a lifetime gaining experience and wisdom, we find our bodies, and sometimes our minds conspiring to undo all we have achieved.

The Institute for People and Technology (IPaT) at the Georgia Institute of Technology is working to help people take their power back through an array of research initiatives, centers, and partnerships, including the new Cognitive Empowerment Program in collaboration with the Emory Brain Health Center at Emory University.

“With our work in aging, we want to help people achieve the priorities and goals they have for their third stage of life,” said Beth Mynatt, executive director of IPaT and Regents Professor in the College of Computing at Georgia Tech. “We think technologies and different healthcare approaches, like help at home and a focus on social connections and community, can help people do this.”

Tracy Mitzner, a research scientist in the School of Psychology, is working on an evidence-based program with world-renowned tai chi instructor Paul Lam on a project designed to help older people with mobility impairments increase both their activity level and their social connections.

"A strong social connection has very significant health outcomes,” said Mitzner, who’s also co-director of TechSAge, a collaborative research center with the University of Illinois at Urbana-Champaign, which supports aging-in-place for people with long-term disabilities. “And a lack of social connection increases your mortality risk. So, it's not just about feeling good; it's directly tied to your health.”

The Tele Tai Chi program brings together a group of older adults through OneClick.chat, a web-based video conferencing platform. They will not only learn tai chi through the system, but they’ll also participate in social time, much like one does in a traditional class.

Known as an extremely accurate, fast, and simple health indicator, doctors use walking speed and changes to predict significant health issues like physical and cognitive decline, quality of life, hospitalizations, and even mortality.

Brian Jones, director of the Aware Home Research Initiative, is collaborating with Ted Johnson, director of the Center for Health in Aging at Emory, to test a system they placed in doctor’s offices and medical centers in Atlanta and Oregon. It measures a person’s gait speed as they walk from the waiting room to the exam room, and is designed to be a quick and unobtrusive method for detecting issues that otherwise may go unnoticed.

Enhancing the Quality of Life

Jones has also just completed a trial testing a bathroom that helps people get on and off the toilet. It uses off-the-shelf technology to observe the person’s gait, posture, and their speed of movement. The Smart Bathroom uses that information to raise or lower the toilet and grab bars to assist with the mount or dismount.

To learn if people can and will use a piece of assistive technology in the home, it pays to test it in their home. “There’s only so much you can do in the lab,” said Brad Fain, director of HomeLab and principal research scientist at Georgia Tech Research Institute. “People get tired, and older adults get tired even quicker.”

HomeLab deploys products in the home to observe how people interact with them over time so the lab can test assumptions or make improvements. With a network of more than 600 homes of people aged 50 and older, HomeLab has assessed systems such as a wearable device that reminds users when its time for their medication, an in-home medication dispenser, and a smart mirror.

“It's real-world, and it gives people a lot more experience with the product or service we’re testing,” added Fain.

A recent trial involved testing commercial activity trackers (FitBit, Nike+ Fuel Band, Striiv, and MyFitnessPal) with older adults to see if knowing their actual level of daily activity would inspire them to change their behavior.

“We saw real change with people trying to increase their activity level by adding just a bit more to what they’re already doing, like taking the long way when they went for a walk or took the dog for a stroll,” said Fain.

One of the more frightening aspects of aging is a dwindling memory. “It’s something other people may be aware of before you are,” said Christopher Hertzog, a professor in Georgia Tech’s School of Psychology.

Scientists typically measure memories with diaries people use at the end of each day. "But they forget what happened during the day, and often once they’ve forgotten it, then it’s gone,” said Hertzog.

One of his current projects, Everyday Memory Intervention, gets around that end-of-the-day problem by using a smartphone for people to record the events as they happen. It’s an attempt to overcome the difficulties of measuring memory in the real world. One of the problems with current mnemonics training is that while people can learn to memorize the information, they have more difficulty transferring that training into something useful in real life.

“What we’re doing,” he said, “is turning that on its head and focusing on helping people remember the target behavior in their everyday life,” basically cutting out the middleman.

In January 2020, IPaT, in partnership with the Emory Brain Health Center and the SimTigrate Design Lab in Georgia Tech’s College of Design, will open the Cognitive Empowerment Program (CEP) at Emory's Brain Health Center. The program is made possible by $23.7 million in grants from the James M. Cox Foundation and Cox Enterprises. CEP has four major pieces: the therapeutics core, built environment core, technology core, and the innovation accelerator. Together they will provide a holistic approach to managing mild cognitive impairment (MCI), a neurological condition that occurs between the typical cognitive decline of aging and dementia.

Memory problems, as well as difficulties with language, judgment, and general thinking to a degree that is greater than typically experienced in healthy aging, all characterize MCI. People with MCI may stay at that stage, or the condition may be a precursor to a dementia disorder such as Alzheimer’s disease, vascular dementia, or another neurological condition. It rarely reverses. The American Academy of Neurology estimates that about 14.9 percent of Americans over the age of 65 develop mild cognitive impairment.

“There’s a use it or lose it type of aspect about human cognitive capabilities,” said Mynatt. "So, if we can delay, stop, or even reverse the trends associated with cognitive decline, we can help people improve their quality of life.”

This year the World Health Organization released a report on reducing the risks of cognitive decline and dementia. Chief among its recommendations is for people to increase their physical activity.

“The idea behind the empowerment program was really to put a structure to the recommendations given by a physician for how patients can manage their diagnosis,” said Amy Rodriquez, director of therapeutic programs at CEP and assistant professor in Emory School of Medicine’s Department of Neurology. “We’re saying we can support these patients in making changes that could impact the course of their condition.”

A person with MCI may find that the instrumental activities of daily living are more difficult than before, said Rodriguez. Things like managing finances, getting to places on time, navigating, even dressing, become challenging.

Emory’s cognitive neurology clinic will refer older adults to the program where they can engage in a host of activities known to stimulate their cognition. They’ll also have the opportunity to join groups to learn strategies for supporting memory, exercise, including strength training and yoga, take part in a book club or art class, and cook in the demo kitchen. These are all activities meant to empower people with MCI, boost their social engagement, and support their continued independence.

Craig Zimring, director of the built environment core at CEP and director of the SimTigrate Design Lab, is overseeing space design. Zimring’s team will concentrate on how the center’s environment impacts people’s behavior. Made with the principles of universal design, it will be easy to navigate no matter what physical ability a person possesses. It’s also a visually open space with generous natural lighting, a layout intended to encourage interaction and co-design between program participants and researchers. The team will survey how people use the center; are they being social, reaching out to others? They'll analyze the environment, including noise and temperature.

“I want people to be able to look in at the research we're doing and say, 'That looks neat. What are you creating? Lemme tell you my thoughts about it,” said Jennifer DuBose, director of the innovation accelerator core at CEP and associate director of the SimTigrate Design Lab.

The innovation accelerator will offer seed grants to support research aimed at developing, testing, and disseminating evidence-based interventions for MCI. DuBose is also getting students in on the action. They will be busy developing solutions related to some of the difficulties people with MCI experience in their daily lives. The most promising solutions will be picked up and worked on by researchers at CEP, who will test some in the real world.

The technology core, directed by Mynatt, will design interventions and apps, as well as sense and gather data, connecting the program to participant’s homes and daily activities. One of her projects involves creating a Siri-like social assistant for people with MCI and their care partners. Key goals driving work in participant homes include facilitating important activities such as physical exercise and healthy nutrition while detecting and reversing harmful situations such as poor sleep.

While they have funding for three years, Rodriguez said, they’re working to create ways to sustain the center that empowers patients, families, and staff as co-designers.

“First and foremost, it’s about empowerment; how can we systematically increase people’s sense of empowerment?” said Mynatt. “You can take scans of people’s brains all day long, but we want to empower the people.” 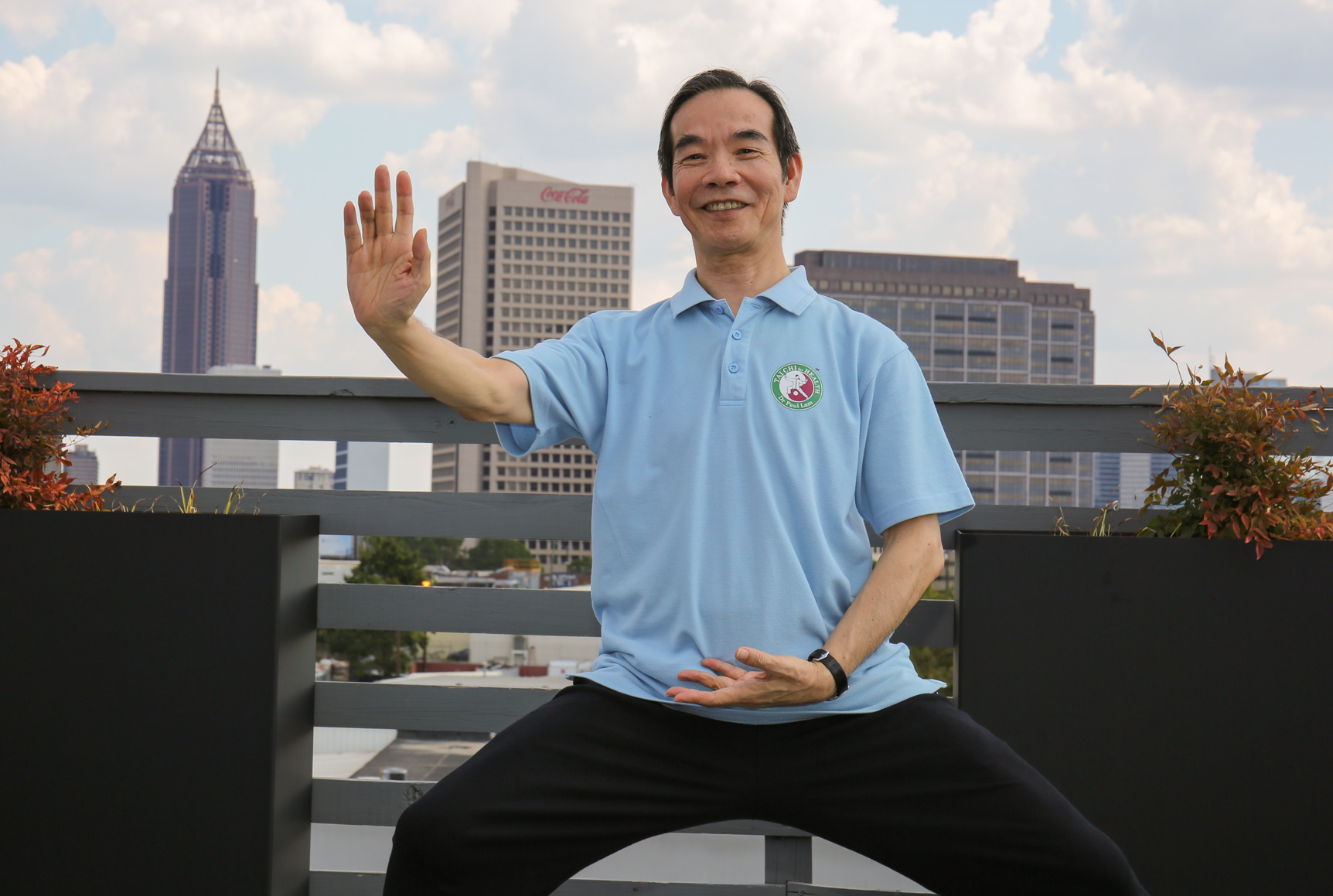 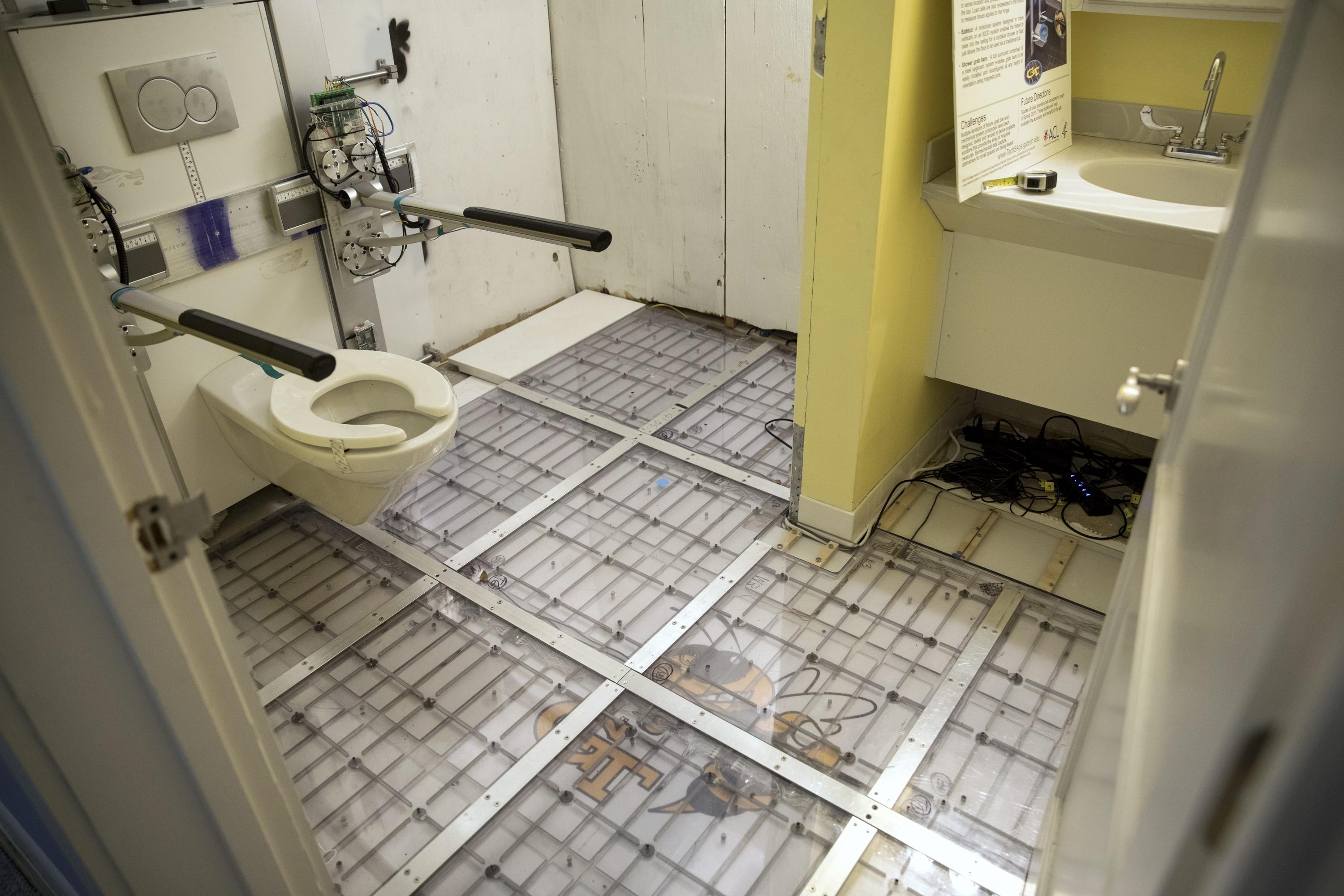