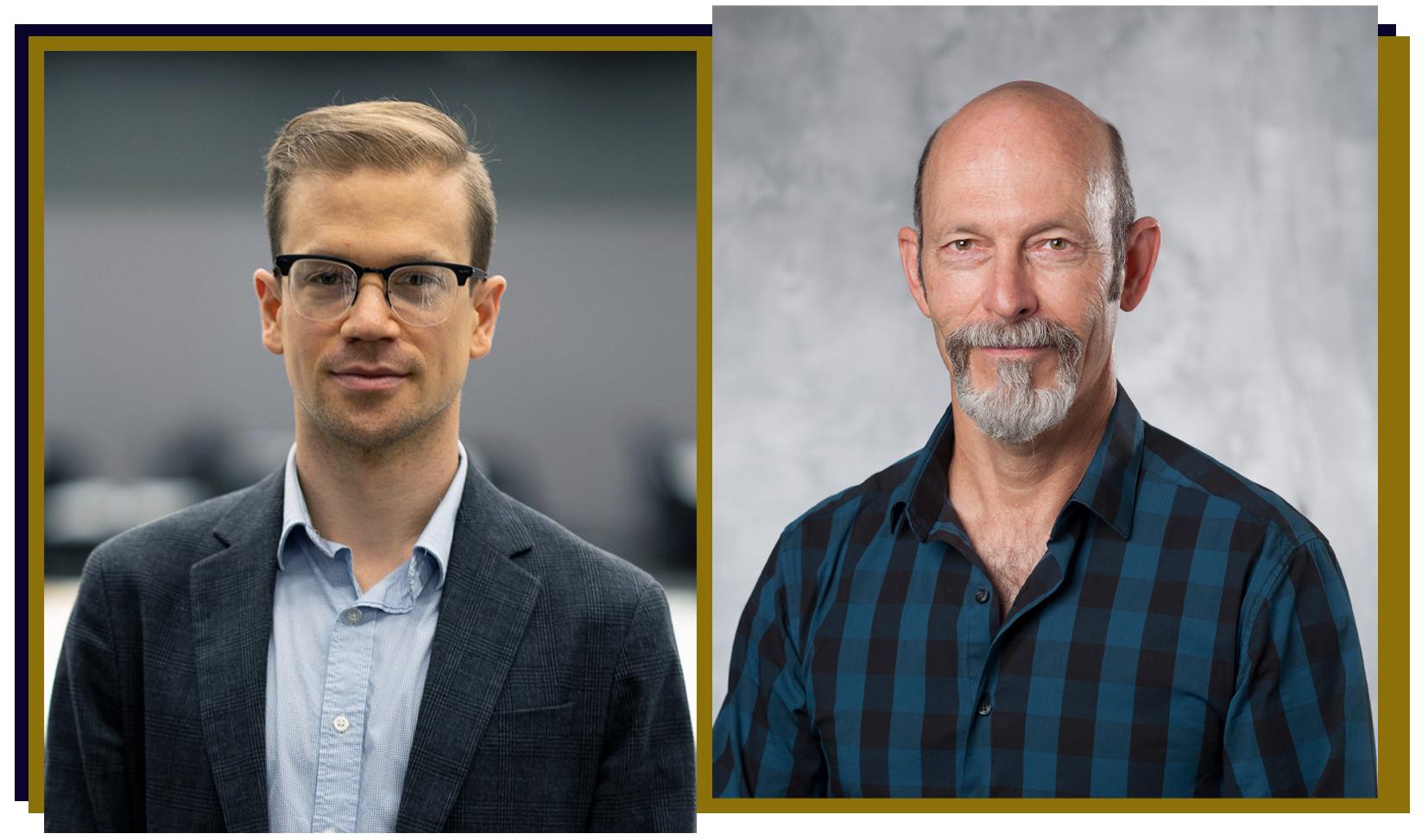 Stephen Housley and Tim Cope are working to stop chemotherapy-induced neurological damage before it starts.

About half of the cancer patients who receive chemotherapy are treated with drugs made from platinum-based compounds, or PBCs. That’s because these drugs have demonstrated real success in improving cancer survival rates.

However, there’s a downside – off-target side effects, neurotoxicity being among the more prevalent and significant. Pain, fatigue, weakness, strange sensations, and difficulty with balance are the common symptoms known collectively as chemotherapy-induced neuropathy, or CIN. For many clinicians, this has been a fair trade-off  – powerful, toxic cancer drugs save lives, but kill neurons. It’s the price of survival.

“The basic position has been, ‘we cured your cancer, but you have neurotoxin damage, so let’s manage those symptoms.’ Because when neurons becomes dysfunctional, it is challenging to correct it,” said Housley, a neuroscientist, physiologist, and licensed physical therapist who works with Tim Cope, professor in the School of Biological Sciences and the Wallace H. Coulter Department of Biomedical Engineering at Georgia Tech and Emory University, and with cancer researcher John McDonald, professor in the School of Biological Sciences.

But what if the nerve cells didn’t have to become dysfunctional? What if you could stop the damage before it even begins? Housley and his colleagues aim to find out with help from a new NIH National Cancer Institute R01 grant, “which will help us really drill down into some of the mechanisms of neurotoxicity experienced by cancer survivors globally,” said Housley, who is leading the research effort.

Cope, principal investigator on the $2.5 million grant, added, “building on our recent discoveries, we’re taking a new direction that has the promising potential to identify novel targets for treating neurotoxic damage to the neurons that are responsible for movement disorders.”

The grant will support a growing area of research for Cope’s team, which published a paper on its discoveries earlier this year. Housley was the lead author of “Neural circuit mechanisms of sensorimotor disability in cancer treatment”, which appeared in the journal Proceedings of the National Academy of Sciences (PNAS).

Cope and Housley work in the pre-clinical phase of cancer treatment, developing and studying animal models to mimic the human condition, so they can study the effects of chemotherapy on the individual neurons and circuits that human behaviors and perceptions emerge from. Previous studies from other labs have determined that these drugs are causing the nerve damage by themselves, but the Georgia Tech team discovered a more nuanced set of circumstances.

“Biology is more complex than that – the cancer interacts with the chemotherapy, changing the underlying causes and worsening the nerve dysfunction long-term,” Housley asserted, explaining that the majority of previous studies have focused only on the effects due to chemotherapy.

“If you are diagnosed with cancer and are treated with these drugs, in the great scenario, you go into remission and stop the drugs," he added. "The problem is, the side effects don’t stop. They actually evolve and convert into something a bit different than what was happening early on. And they persist for a long time, in many cases over a decade.”

Damage from the Start

Housley and Cope have focused on the chronic phase of cancer and discovered that there is a likely a link between what happens in the earliest stages of treatment and the long-term probability of developing neurologic disorders.

“While a patient is in the chair getting chemotherapy, they will not only have sensory problems, but an increased stimulation, often perceived as being painful or hypersensitivity to cold,” Housley said. “And you will see people with muscle spasms, and twitching, really visceral responses. The speed at which these drugs can impact the nervous system is stark. The motor system that helps us move is being affected in the course of minutes or hours.”

In response to the infusion of these PBC drugs, the system overcompensates. The hyper excitability goes in an opposite direction. So now, instead of an electrical jolt, the system slows down: when reaching for and grabbing a cup of coffee, the collaboration between your motor and sensory systems gets fuzzy. Is your sensory system correctly anticipating the weight of the cup while your motor system grabs and lifts? Will the cup slip and spill hot coffee on your lap?

Housley, Cope and their multidisciplinary team, including McDonald, want to stop the initial hyper excitability from happening in the first place. Through a process called in vivo electrophysiology, they use glass electrodes to study the behavior of single cells as they respond to stimulation, such as that caused by the reaction of cancer to a platinum-based drug. With these approaches they are testing new pharmacologic and gene therapy approaches to prevent hyper excitability.

“It’s a challenging but powerful approach,” said Housley. The ultimate goal is to block the neurotoxic effects of the drugs, so that they can beat the cancer and not harm the patient’s long term health and quality of life. “Through these experiments, we want to knock out the various drivers of what we suspect is causing this serious problem, and ultimately prevent the long-term consequences of these neurological disorders.”