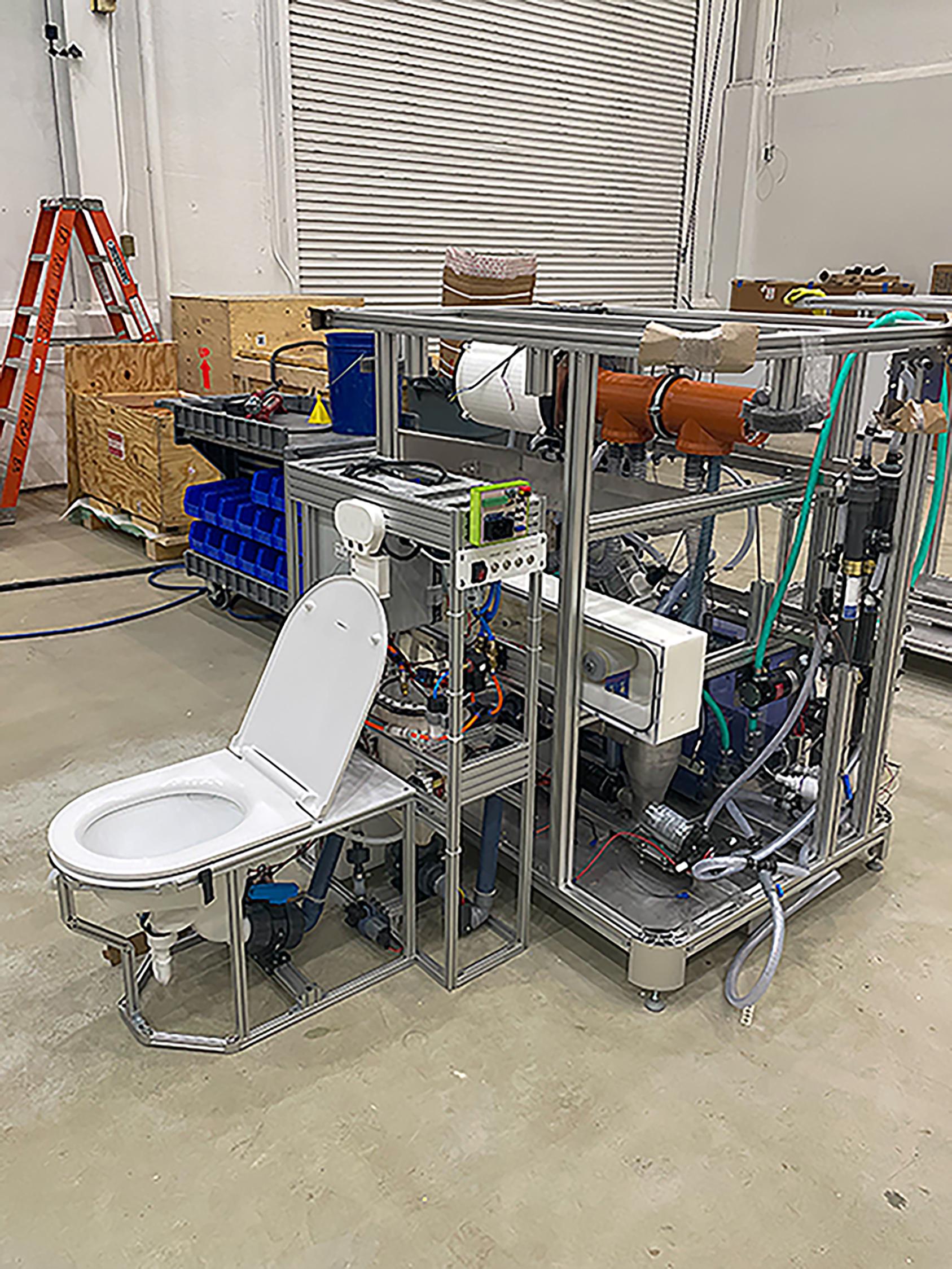 A reinvented toilet without inlet water or output sewer lines may seem like an obscure concept; however, the need for such modernization is overwhelming. Billions of people globally — close to half of the world’s population — lack access to improved sanitation. But a global research team, led by Georgia Tech Associate Professor Shannon Yee, Ph.D., has been developing a portfolio of reinvented toilets that bring together the best concepts from the last decade of the Bill & Melinda Gates Foundation-led Reinvent the Toilet Challenge.

In the most recent phase of this effort, the Gates Foundation selected Yee to assemble the best of the ideas from the challenge and develop a new, affordable toilet — the Generation 2 Reinvented Toilet (G2RT) — as a solution to the world’s sanitation problem. The G2RT team includes 70 engineers, scientists, and industrial designers from universities and corporations around the world.
Global inequity in access to toilets has led to the death of more than 500,000 children by preventable diarrheal disease each year. While it is primarily the world’s poorest communities that are most affected by the lack of safe sanitation, the crisis in areas of developed countries shouldn’t be overlooked. In rural parts of America, there are currently hundreds of thousands of people without steady access to clean water and proper sanitation.

The G2RT aims to drastically shift human waste away from traditional sewage treatment infrastructure to a system that processes waste onsite in household bathrooms.

“It’s no longer about running pipes to a central treatment plant,” explains Yee. “It’s about using new technology to reinvent a product that can be mass produced and accessible to the entire world.”

How will this project affect the way people use the bathroom? While using the G2RT won’t differ from current toilet designs, how the toilet processes waste will be drastically different. Instead of relying on a network of pipes and millions of gallons of water, G2RT will treat human waste within the toilet appliance itself. Urine will go through a filtration process that produces clean water, and fecal matter will be reduced to pathogen-free solids and clean water.

Currently, Yee and his team are nearing the end of the development phase and will begin field testing it in South Africa, India, and China as well as at laboratory sites on Georgia Tech’s campus and in laboratories in Switzerland starting in 2022. The G2RT is now ready for demonstration, and the team will continue to the next phase in their journey to showcase the technology to potential commercial manufacturers.

The G2RT is about the size of a washing machine but can be refined to be smaller, more durable, and easier to maintain. The target price for an individual reinvented toilet is $450.

“It needs to be affordable to be accessible to the entire world,” Yee says. “Collaboration with government agencies and the private sector is going to be critical in moving toward the adoption of this new sanitation solution.”

Yee is passionate and confident that the G2RT has the potential to make a positive impact on the billions of people in need of improved sanitation.

More information on this project can be found here:

Shannon Yee featured in Fortune Magazine for leading the global effort to redesign the toilet.