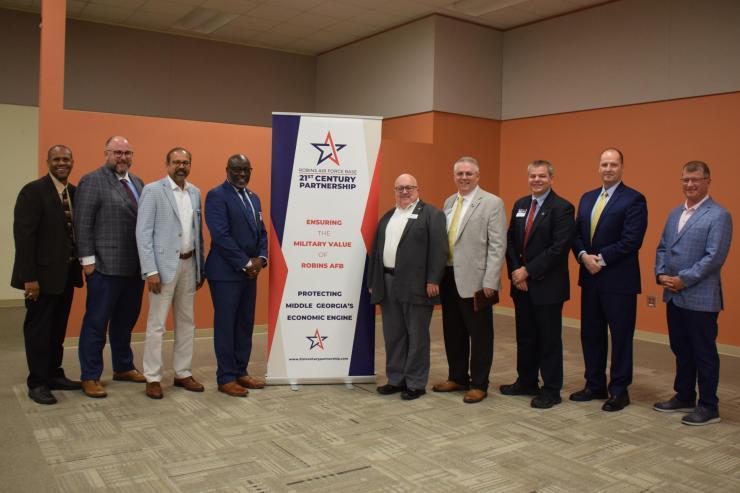 Thomas Kurfess, executive director of the Georgia Tech Manufacturing Institute, was one of the featured panelists at the Robins Regional Chamber’s Eggs and Issues breakfast event on September 8. The topic of discussion was the Robins Air Force Base (RAFB) 21st Century Partnership.

The 21st Century Partnership, a Georgia nonprofit corporation, is the only community enterprise dedicated solely to preserving the military presence of Robins Air Force Base, while helping Middle Georgia communities prepare to avert potential efforts to marginalize the missions of the base. RAFB hires approximately 300 scientists and engineers each year.

Stebner and Kurfess are leading a $65 million U.S. Department of Commerce economic development administrative award to create a Georgia Artificial Intelligence Manufacturing Technology Corridor with the vision of collaborative innovation and economic development across all regions of the state. 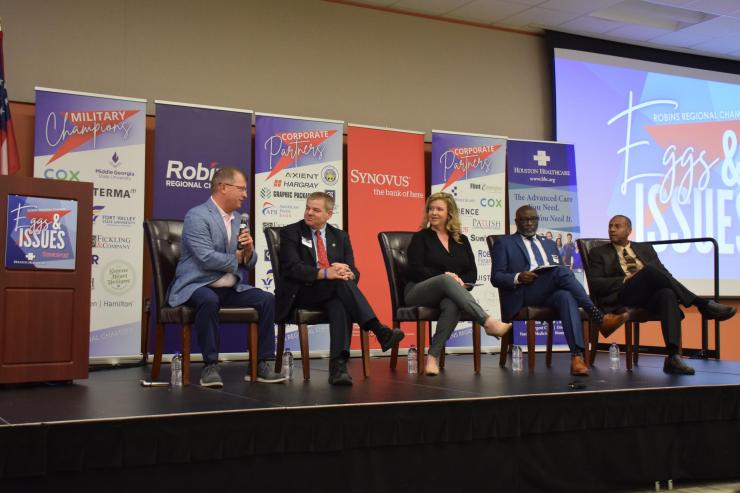