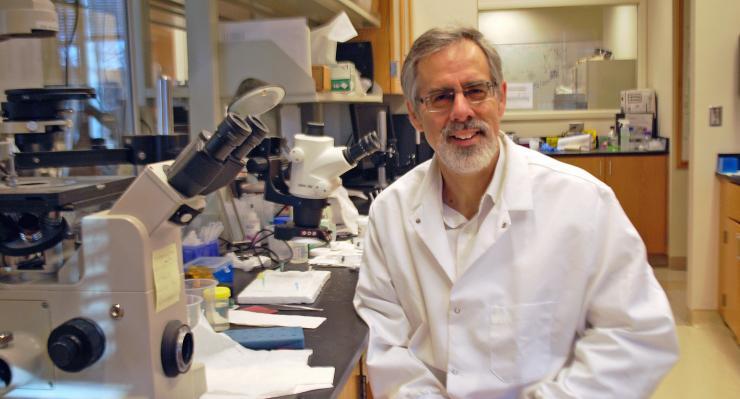 C. Ross Ethier recently became the fourth researcher from the Georgia Institute of Technology to win the prestigious H.R. Lissner Medal from the American Society of Mechanical Engineers. All four have been part of the Wallace H. Coulter Department of Biomedical Engineering at Georgia Tech and Emory University.

“I’m really honored. This is a big deal for me, since this is my professional community,” said Ethier, who follows previous winners from Tech, Bob Nerem (1989), Don Giddens (1993), and Ajit Yoganathan (1997). “I’m proud to join some illustrious names on the list. It’s kind of cool because it speaks to the tradition, history, and impact of Georgia Tech in biomechanics.”

The Lissner Medal, established in 1977 by the Bioengineering Division of ASME, “is the highest honor bestowed by the division and it’s based on a career’s worth of achievement,” noted Michele Grimm, Michigan State professor who chairs the medal committee.

The former head of the Department of Bioengineering at Imperial College London, Ethier was originally trained as a mechanical engineer and his research homes in on the biomechanics and mechanobiology of cells, tissues, and organs, with the goal of understanding how cells respond to mechanical stimuli, and how that response affects the function and properties of tissues and organs. His lab focuses specifically on understanding and developing treatments for glaucoma and VIIP, a condition affecting astronauts’ visual health.

“I was fortunate to have supervised Ross early in my career, as he set the gold standard for all students afterward,” said Roger Kamm, Ethier’s former advisor and former Lissner Medal winner. Kamm is a professor of biological and mechanical engineering at the Massachusetts Institute of Technology, where Ethier earned his Ph.D.

“I mean this not only in terms of his uncanny ability to identify and pursue the most critical research questions, but also his personal integrity and his ability to inspire those around him: Ross was and has continued to be the kind of researcher, leader, and person that we all strive to be,” Kamm added. “He epitomizes what the Lissner Medal is all about.”

In nominating Ethier for the medal, University of Minnesota Biomedical Engineering Professor Victor Barocas wrote that his contributions to the bioengineering community are deep and wide: associate editor of the Journal of Biomechanical Engineering, program chair for numerous conferences, division chair, service on award committees, all while making “major research contributions (especially in the area of ocular mechanics), being an outstanding educator, and taking leadership roles at his home institutions.”

Ethier said the honor is a testament to other people who share in the heavy lifting: “All the folks who have worked in my lab over the years. It’s the students and other researchers, my valued collaborators, and the people who mentored me that make this special. It takes a village.”