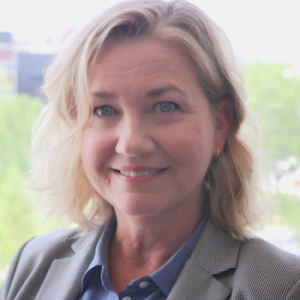 Until joining Georgia Tech in October 2019, Cindy was the Assistant Vice President for Research and Director of the Office for Sponsored Programs at The University of Alabama (UA). Her responsibilities included Contract and Grant Accounting, the Office for Sponsored Programs, and Cost Analysis. Cindy began work in research administration at UA in 1999 and prior to that worked for the University of Alabama at Birmingham (UAB) in the areas of Costing, Grant and Contract Accounting and Financial Accounting and Reporting. Cindy came to UAB from Coopers and Lybrand, now PricewaterhouseCoopers, where she participated in and led engagements of various University Federal audits (A-133/Single Audit) and Financial Statement audits. Since 2019, Cindy has led as the Georgia Tech Office of Sponsored Programs Director of Government and Not-for-Profit Contracts and Grants in support of colleges and other academic units.

Cindy served on the Board of the Council on Governmental Relations and was the chair for its Costing Policies Committee. She is a former Chair and remains on the Executive Committee of the Federal Demonstration Partnership and served six years on the NSF Business and Operations Advisory Committee. Cindy is the recipient of a 2014 National Council of University Research Administrators (NCURA) Distinguished Service Award and the 2017 NCURA Region III Senior Service Award. She has served as workshop faculty, presenter, committee member and Regional officer for NCURA and in 2018 received the distinction of NCURA Distinguished Educator. Cindy has been a presenter for various other organizations supporting Higher Education such as the National Association of College and University Business Officers (NACUBO) and the Society of Research Administrators International (SRAI) and has served as an instructor in the Johns Hopkins University Master of Science Degree in Research Administration program.

Cindy is a CPA (inactive) and holds a BS degree in Accounting and a BA degree in Psychology from The University of Alabama.