Cutting Emissions Isn’t Enough. We Need to Scrub Carbon Directly from the Air 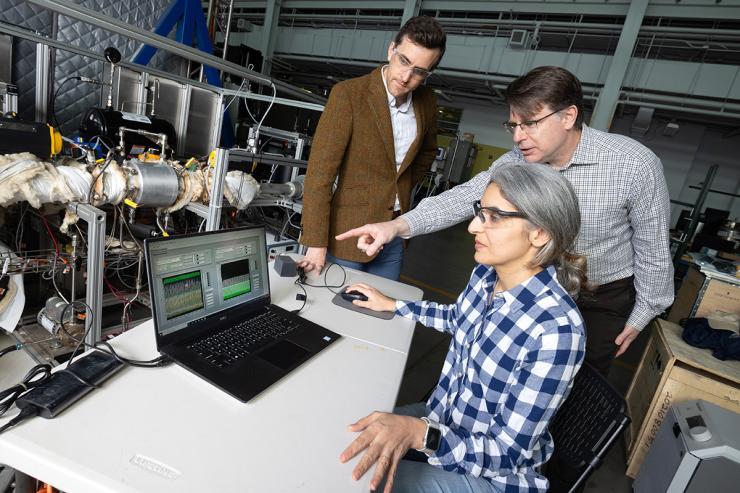 In 2015, nearly 200 countries agreed: they would reduce their emissions of carbon dioxide and other greenhouse gases to limit warming of the earth’s atmosphere to well below 2 degrees Celsius.

The Paris Agreement actually aims for 1.5 degrees above pre-industrial levels to avoid potential catastrophic changes to our climate. But it’s become increasingly clear to climate scientists and policymakers that just reducing emissions is not enough.

“We now know that we probably should have stopped putting massive amounts of CO2 in the air 10, 20, 30 years ago to prevent the climate from getting above 2 degrees C,” said Chris Jones, a chemical engineer at Georgia Tech. “Now we've waited so long to reduce our emissions that we need to develop technologies that are referred to as negative emissions technologies that remove CO2 from the atmosphere.”

Jones was one of a handful of scientists who co-authored a landmark National Academies report in 2018 that outlined a variety of approaches to negative emissions. Agricultural practices and forest management are options — essentially using nature’s ability to grab carbon dioxide out of the air and lock it away in plants and soil. But Jones said we’ll need quicker and more direct approaches.

“We could plant billions of trees to do this, but there's not enough available land. And the trees don't grow fast enough for us to do this quickly enough to slow global warming at the rate required,” said Jones, John F. Brock III School Chair in the School of Chemical and Biomolecular Engineering (ChBE). “That's where direct air capture comes in: It's a chemical engineering way of designing a process that takes CO2 out of the air.”

Read the full story on the College of Engineering website.