Combined Heat and Power as a Platform for Clean Energy Systems 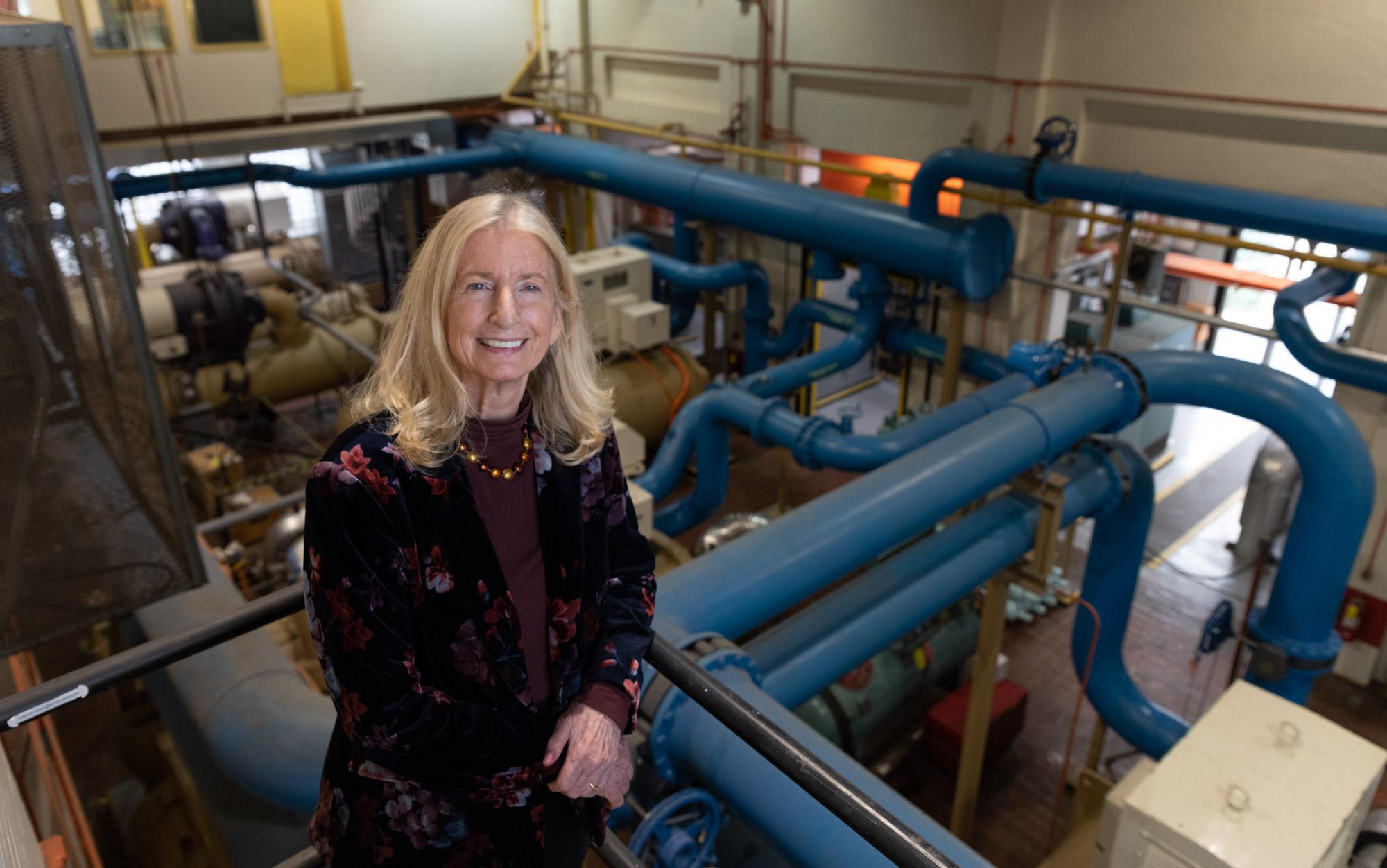 The study’s principal investigator, Marilyn Brown, at the district heating and cooling plant in the heart of Georgia Tech’s campus. While Georgia Tech is not yet operating a CHP system, it is currently examining options for lessening the campus’s energy footprint. (Photo credit: Robert Felt, Georgia Tech)

The state of Georgia could dramatically reduce its greenhouse gas emissions, while creating new jobs and a healthier public, if more of its energy-intensive industries and commercial buildings were to utilize combined heat and power (CHP), according to the latest research from Georgia Tech’s School of Public Policy.

The paper, digitally available now and in print this December in the journal Applied Energy, finds that CHP – or cogeneration – could measurably reduce Georgia’s carbon footprint while creating green jobs. Georgia ranks 8th among all 50 states for total net electricity generation and 11th for total carbon dioxide emissions, according to data from the U.S. Energy Information Administration.

“There is an enormous opportunity for CHP to save industries money and make them more competitive, while at the same time reducing air pollution, creating jobs and enhancing public health,” said principal investigator Marilyn Brown, Regents and Brook Byers professor of Sustainable Systems at Georgia Tech’s School of Public Policy.

The research finds that if Georgia added CHP systems to the 9,374 sites that are suitable for cogeneration, it could reduce carbon emissions in Georgia by 13%. Bringing CHP to just 34 of Georgia’s industrial plants, each with 25 megawatts of electricity capacity, could reduce greenhouse gas emissions by 2%. The study authors, using modeling tools they developed, note that this “achievable” level of CHP adoption could add 2,000 jobs to the state; full deployment could support 13,000 new jobs.

According to Brown, CHP systems can be 85 to 90% efficient, compared with 45 to 60% efficiency of traditional heat and power systems. CHP has advantages over renewable electricity from solar and wind, which only offers intermittent power.

CHP technologies co-produce electricity useful for heat and cooling, resulting in ultra-high system efficiencies, cleaner air, and more affordable energy. Georgia industries that would profit from CHP include chemical, textile, pulp and paper, and food production. Large commercial buildings, campuses, and military bases also could benefit from CHP. By utilizing both electricity and heat from a single source onsite, the energy system if more reliable, resilient, and efficient.

CHP can meet the same needs at higher efficiency using less overall energy, while reducing peak demand on a region’s utility-operated power grid, Brown explained. In addition, if there is an outage or disruption in a community’s power grid, companies with their own onsite electricity sources can continue to have power.

The research used a database of every Georgia industrial site to determine which facilitates operated or could operate a CHP system. They then identified the appropriate type of CHP system for plants without one.  To help assess if a CHP system was a financially sound investment, they developed a model to estimate the benefits and costs of each CHP system, factoring in the cost to install the equipment, operations and maintenance, fuel expenses, and financing. The result was an estimated “net present value” of each system that reflected the present value of future costs and benefits, Brown explained.

The paper also used data analytics to predict economic and health benefits of CHP for Georgians. Plants converting to cogeneration could boost the state’s clean energy workforce by 2,000 to 13,000 depending on how widely it’s adopted, Brown said. Currently, the state has about 2,600 jobs in electric vehicle manufacturing and less than 5,000 in the solar industry, according to the 11th Annual National Solar Jobs Census 2020.

In addition to job growth, CHP adoption could lead to dramatic health benefits for the state’s more vulnerable residents, Brown emphasized. “We’re displacing more polluting electricity when companies generate their own from waste heat,” she noted.

The study estimates nearly $150 million in reduced health costs and ecological damages in 2030 in the “achievable” scenario for CHP, with nearly $1 billion in health and ecological benefits if every Georgia plant identified in the study adopted CHP.

“The public health improvements are gigantic -- that’s a lot of lives saved, as well as childhood asthma and heart problems avoided,” Brown said.

Georgia Tech’s research was sponsored by Drawdown Georgia, a statewide initiative focused on scaling market-ready, high-impact climate solutions in Georgia this decade. The organization has identified a roadmap of 20 solutions, including electricity solutions such as CHP.

The impact of CHP could be dramatic considering that electricity generation accounts for nearly 37% of Georgia’s energy-related carbon dioxide emissions, according to findings Brown and other researchers published earlier this year in the journal, Environmental Management.

“I find Georgia’s potential to take advantage of existing industrial and commercial facilities to build CHP plants very interesting,” said study co-author Valentina Sanmiguel, a 2020 master’s graduate of the School of Public Policy in sustainable energy and environmental management. “I hope both industries and policymakers in Georgia realize the benefits that cogeneration has on the environment, the economy and society and take action to implement CHP in the state at a greater scale.”

“The cost-competitiveness of CHP systems depends significantly on two factors – whether they are customer or utility-owned, and the type of rate tariff they operate under,” said Brown.

In the paper, Georgia Tech cited three ways to improve the business case for CHP: clean energy portfolio standards, regulatory reform, and financial incentives such as tax credits.
Those approaches have worked well in North Carolina, noted Isaac Panzarella, director of the Department of Energy Southeast CHP Technical Assistance Partnership, and the assistant director for Technical Services for the North Carolina’s Clean Energy Technology Center at North Carolina State University. North Carolina State University, where Panzarella is based, recently installed its second CHP facility on campus.
North Carolina, he added,  has a policy that supports the use of renewable energy. Along with solar and wind,  North Carolina embraced converting waste from swine and poultry-feeding operations into renewable energy.
“It’s taken a long time, but finally there are more and more of these digester or biomass operations, using CHP to generate electricity and thermal energy from those waste resources,” he said.

While Georgia Tech is not yet operating a CHP system, the Campus Sustainability Committee is currently examining options for lessening their energy footprint.

Brown emphasized that Georgia utilities should get behind cogeneration projects to help the state reduce its carbon footprint.

Another hurdle is the relatively low electric rates in the Southeast, which provide less of an opportunity to achieve a reasonable payback on those systems.

Georgia’s industries that wish to be competitive globally need to look at CHP considering that the rest of the world is embracing renewable and recycled energy at a faster rate than the U.S., Brown noted.

“In industries where CHP is well understood, and there are solidly established businesses, it’s a great investment and  a smart way to keep jobs in the community, while being good for the environment. The hurdles are not about technology; they are all about policies and business models,” she concluded. 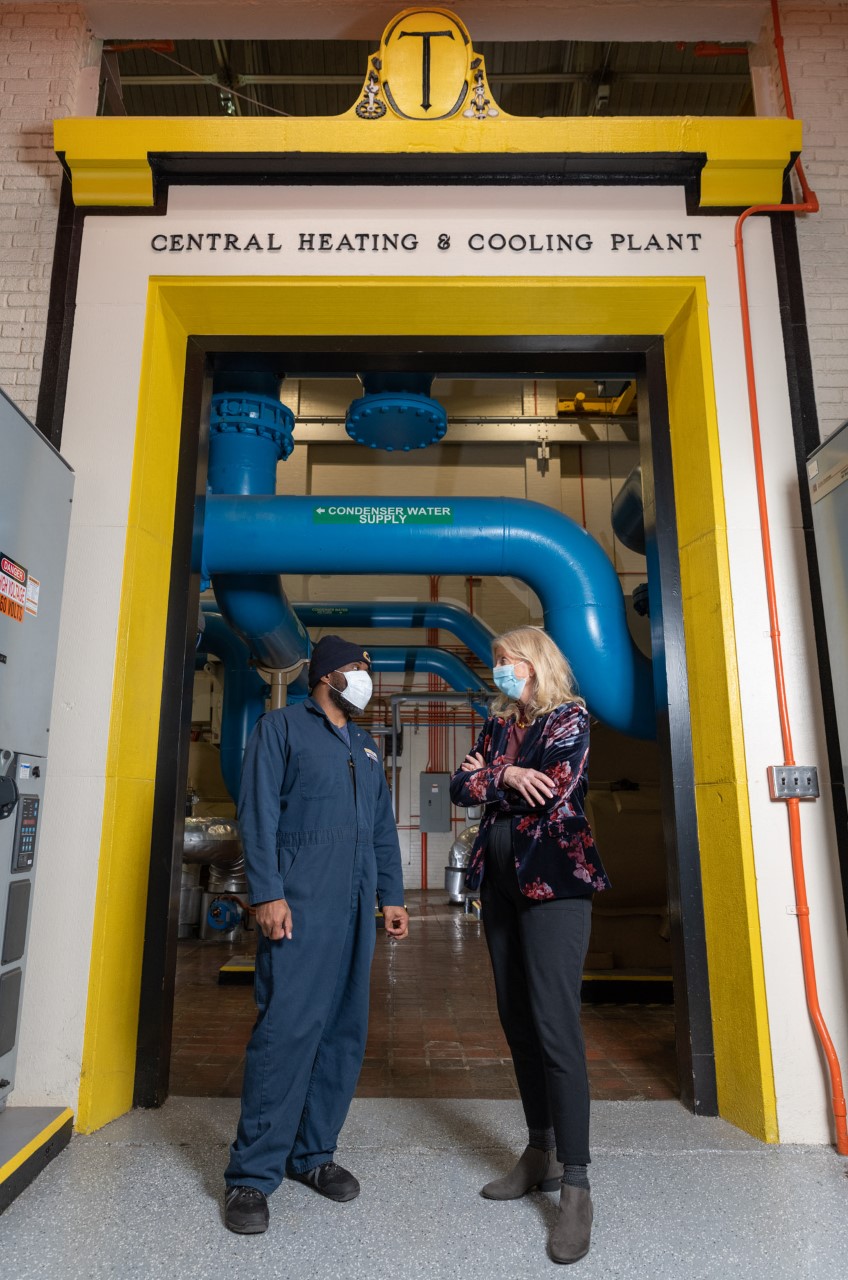 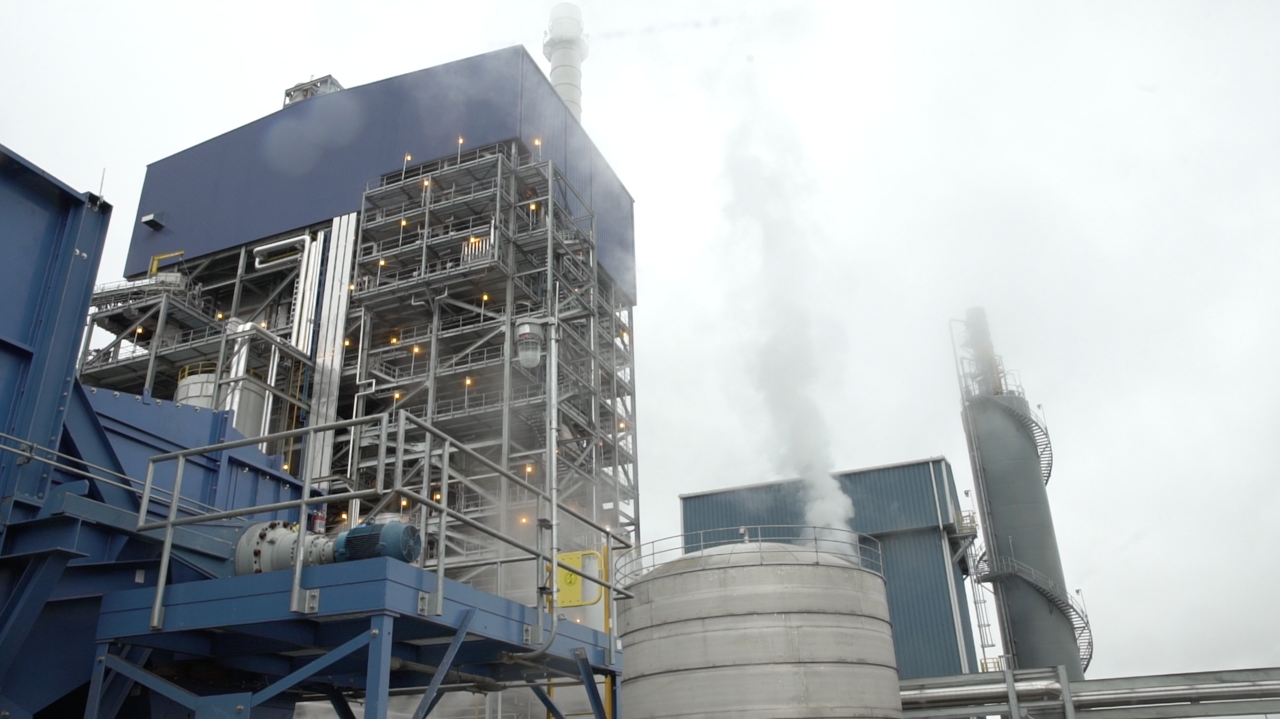 ReEnergy’s Albany Green Energy biomass plant (pictured above) is a compelling example of CHP systems at work in Georgia. The facility, located at P&G’s paper manufacturing facility in Albany, Georgia, provides 100% of the steam energy used in the manufacturing of Bounty® paper towels and Charmin® toilet paper. It also generates electricity for Georgia Power and powers an 8.5-megawatt steam electricity generator for the nearby Marine Corps Logistics Base. (Photo credit: Albany Green Energy)