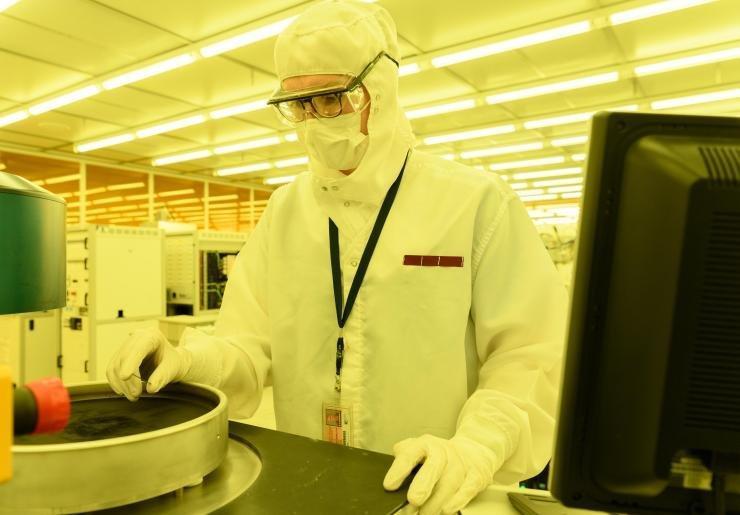 Mason A. Chilmonczyk is the CEO and Co-founder of Andson Biotech, a startup that develops new sensors to discover the next groundbreaking cell and gene therapies. In the following Q&A, Chilmonczyk briefly discusses his work in the IEN cleanroom and gives advice to current and future users.

How long have you been using the IEN cleanroom?

I began using the IEN cleanroom eight years ago when I started my Ph.D. program at Georgia Tech and I am still using it today.

What tools have/do you use when you are in the cleanroom?

What is/has been your favorite project you have worked on in the IEN cleanroom?

My Ph.D. project, “The Dynamic Sampling Platform for Real-time Bioreactor Monitoring,” has been the most satisfying project I have worked on in the IEN cleanroom. I collaborated with my advisor, Mechanical Engineering Professor Andrei Fedorov, and we utilized the Nanoscribe to make micro-3d printed parts. This allowed me to take interesting SEM images using the Field Emissions Scanning Electron Microscopes. My Ph.D. project was probably the most satisfying to "complete," but I am still working on it to this day.

At the core of my work was a microfluidic mass exchanger that I built in the IEN cleanrooms at Georgia Tech. As a result of this project, Professor Fedorov and I co-founded the startup Andson Biotech. The company is growing, and we recently licensed the technology to enable better biopharmaceutical workflows.

What advice would you give to other researchers thinking about using a tool in the IEN cleanroom?

I would say to only use the cleanroom for your research if you have a burning desire to learn about MEMS/microfabrication or you have to do so for your project. There are very rarely "quick" projects inside cleanrooms. In general, I think if you have the opportunity to learn about anything new you should take that chance.

What is your favorite thing about the IEN cleanroom?

My favorite thing about the IEN cleanroom is the people I've met. Some of my best and longest-term friends have been made in these cleanrooms. I really miss working in the cleanroom as often as I used to, because I don't get to interact with all my best friends. Unfortunately, many of my original friends [from the cleanroom] have moved on to other things. While I miss seeing them, I love to see them succeed!