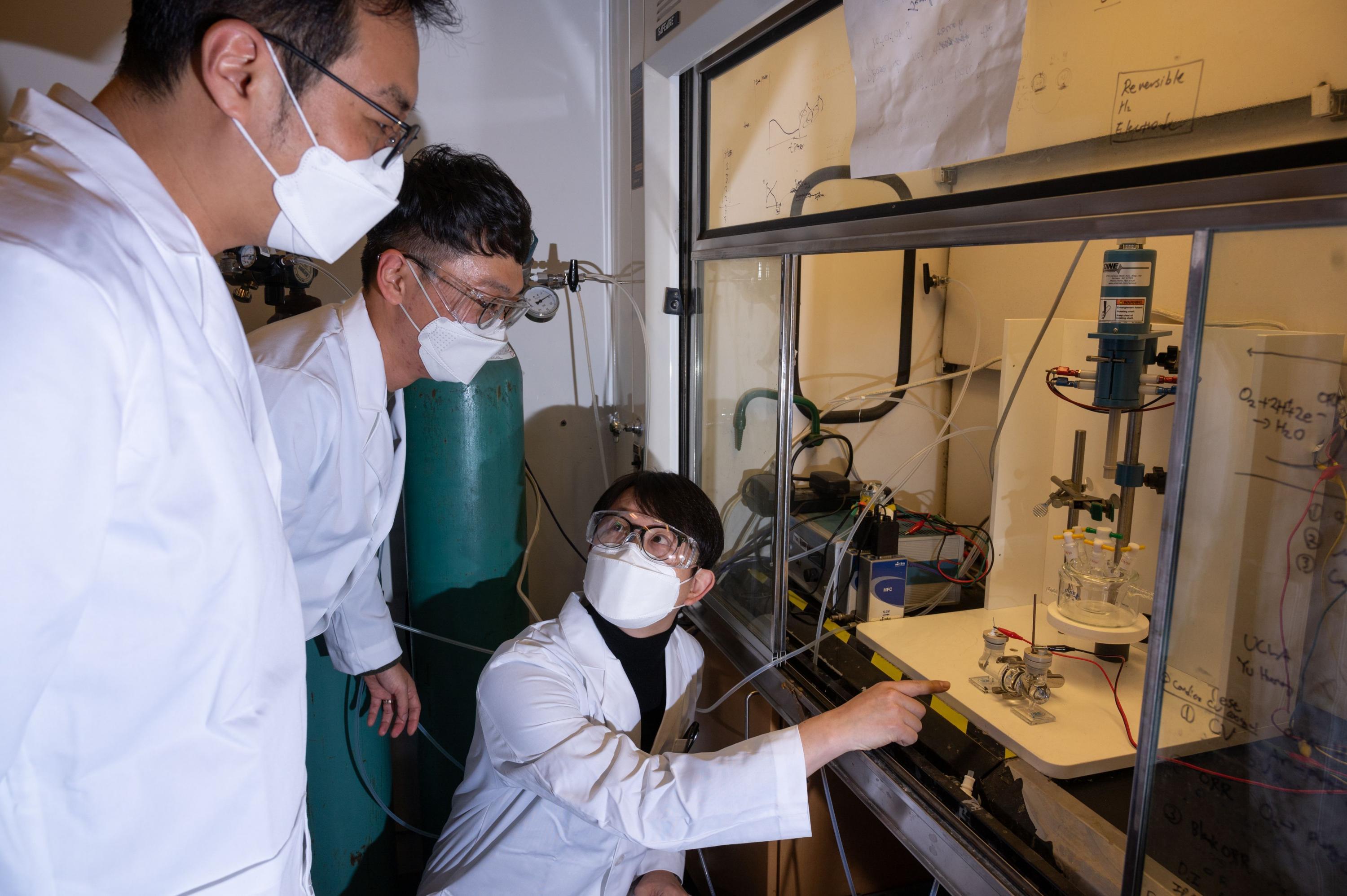 The climate crisis requires ramping up usage of renewable energy sources like solar and wind, but with intermittent availability, scalable energy storage is a challenge.

Hydrogen —especially carbon-free green hydrogen—has emerged as a promising clean energy carrier and storage option for renewable energy such as solar and wind. It adds no carbon emissions to the atmosphere, but currently is costly and complex to create.

One way to produce green hydrogen is electrochemical water splitting. This process involves running electricity through water in the presence of catalysts (reaction-enhancing substances) to yield hydrogen and oxygen.

Researchers at Georgia Institute of Technology and Georgia Tech Research Institute (GTRI) have developed a new water-splitting process and material that maximize the efficiency of producing green hydrogen, making it an affordable and accessible option for industrial partners that want to convert to green hydrogen for renewable energy storage instead of conventional, carbon-emitting hydrogen production from natural gas.

The Georgia Tech findings come as climate experts agree that hydrogen will be critical for the world’s top industrial sectors to achieve their net-zero emission goals. Last summer, the Biden Administration set a goal to reduce the cost of clean hydrogen by 80% in one decade. Dubbed the Hydrogen Shot, the Department of Energy-led initiative seeks to cut the cost of “clean” or green hydrogen to $1 per kilogram by 2030.

Scientists hope to replace natural gas and coal, currently used today for storing extra electric energy at the grid level, with green hydrogen because it doesn’t contribute to carbon emissions, making it a more environmentally friendly means for storing renewable electricity. The focus of their research is electrolysis, or the process of using electricity to split water into hydrogen and oxygen.

Georgia Tech’s research team hopes to make green hydrogen less costly and more durable using hybrid materials for the electrocatalyst. Today, the process relies on expensive noble metal components such as platinum and iridium, the preferred catalysts for producing hydrogen through electrolysis at scale. These elements are expensive and rare, which has stalled the move to replace gas for hydrogen-based power. In fact,  green hydrogen accounted for less than 1% of annual hydrogen production in 2020, in large part because of this expense, according to market research firm Wood Mackenzie.

“Our work will decrease the use of those noble metals, increasing its activity as well as utilization options,” said study principal investigator Seung Woo Lee, associate professor in the George W. Woodruff School of  Mechanical Engineering, and an expert on electrochemical energy storage and conversion systems.

In research published in the journals Applied Catalysis B: Environmental and Energy & Environmental Science, Lee and his team highlighted the interactions between metal nanoparticles and metal oxide to support design of high-performance hybrid catalysts.

“We designed a new class of catalyst where we came up with a better oxide substrate that uses less of the noble elements,” said Lee. “These hybrid catalysts showed superior performance for both oxygen and hydrogen (splitting).”

Their work relied upon computation and modeling from research partner, the Korea Institute of Energy Research, and X-ray measurement from Kyungpook National University and Oregon State University, which leveraged the country’s synchrotron, a football-field-sized super x-ray.

“Using the X-ray, we can monitor the structural changes in the catalyst during the water-splitting process, at the nanometer scale,” explained Lee. “We can investigate their oxidation state or atomic configurations under operating conditions.”

Jinho Park, a research scientist at GTRI and a leading investigator of the research, said this research could help lower the barrier of equipment cost used in green hydrogen production. Besides developing hybrid catalysts, the researchers have finetuned the ability to control the catalysts’ shape as well as the interaction of metals. Key priorities were reducing the use of the catalyst in the system and at the same time, increasing its durability since the catalyst accounts for a major part of the equipment cost.

“We want to use this catalyst for a long time without degrading its performance,” he said. “Our research is not only focused on making the new catalyst, but also on understanding the reaction mechanics behind it. We believe that our efforts will help support fundamental understanding of the water splitting reaction on the catalysts and will provide significant insights to other researchers in this field,” Park said.

A key finding, according to Park, was the role of the catalyst’s shape in producing hydrogen.  “The surface structure of the catalyst is very important to determine if it’s optimized for the hydrogen production. That's why we try to control the shape of the catalyst as well as the interaction between the metals and the substrate material,” he said.

Park said some of the key applications positioned to benefit first include hydrogen stations for fuel cell electric vehicles, which today only operate in the state of California, and microgrids, a new community approach to designing and operating electric grids that rely on renewable-driven backup power.

While research is well underway to XYZ, the team is currently working with partners to explore new materials for efficient hydrogen production using artificial intelligence (AI). 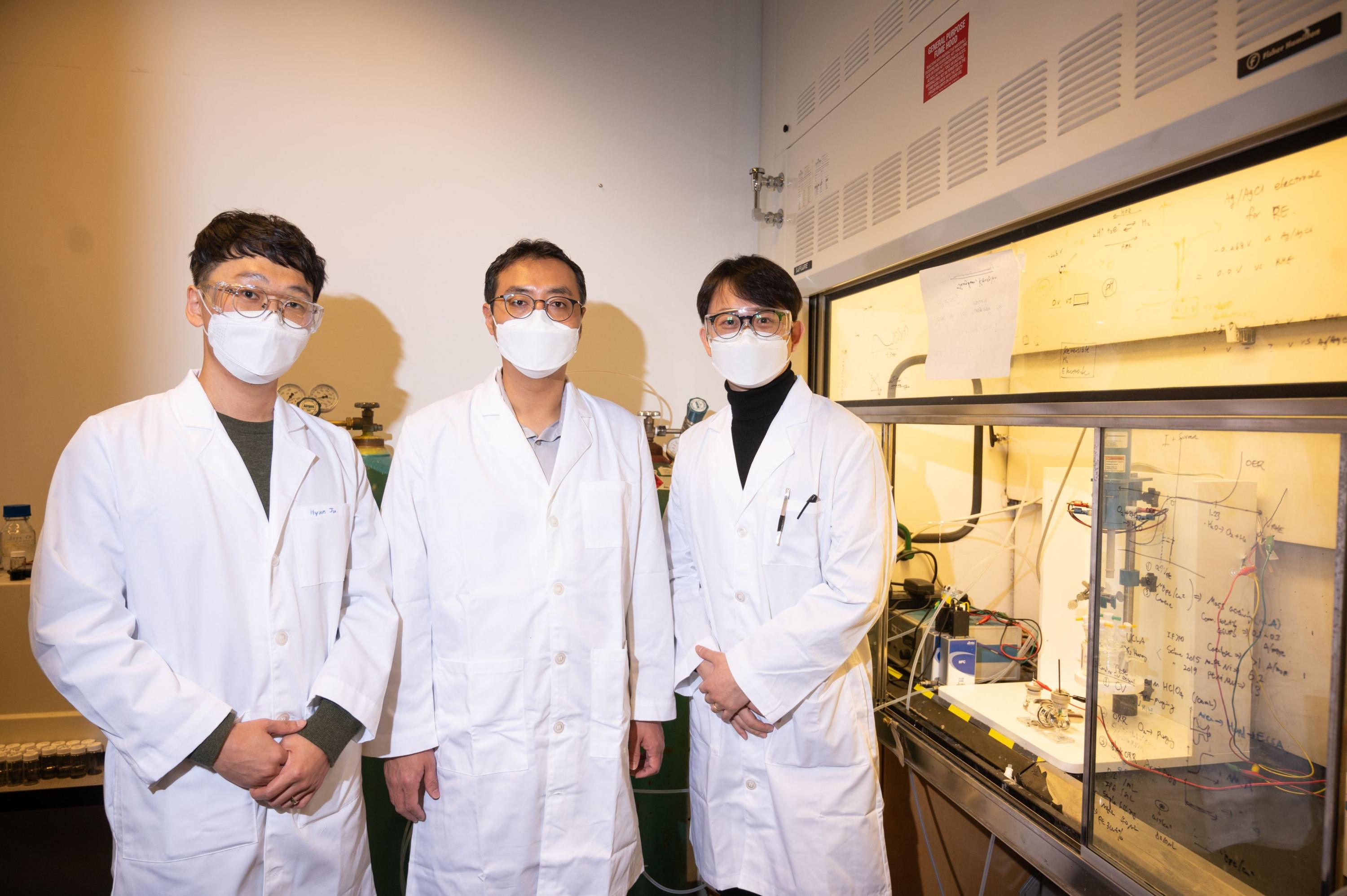 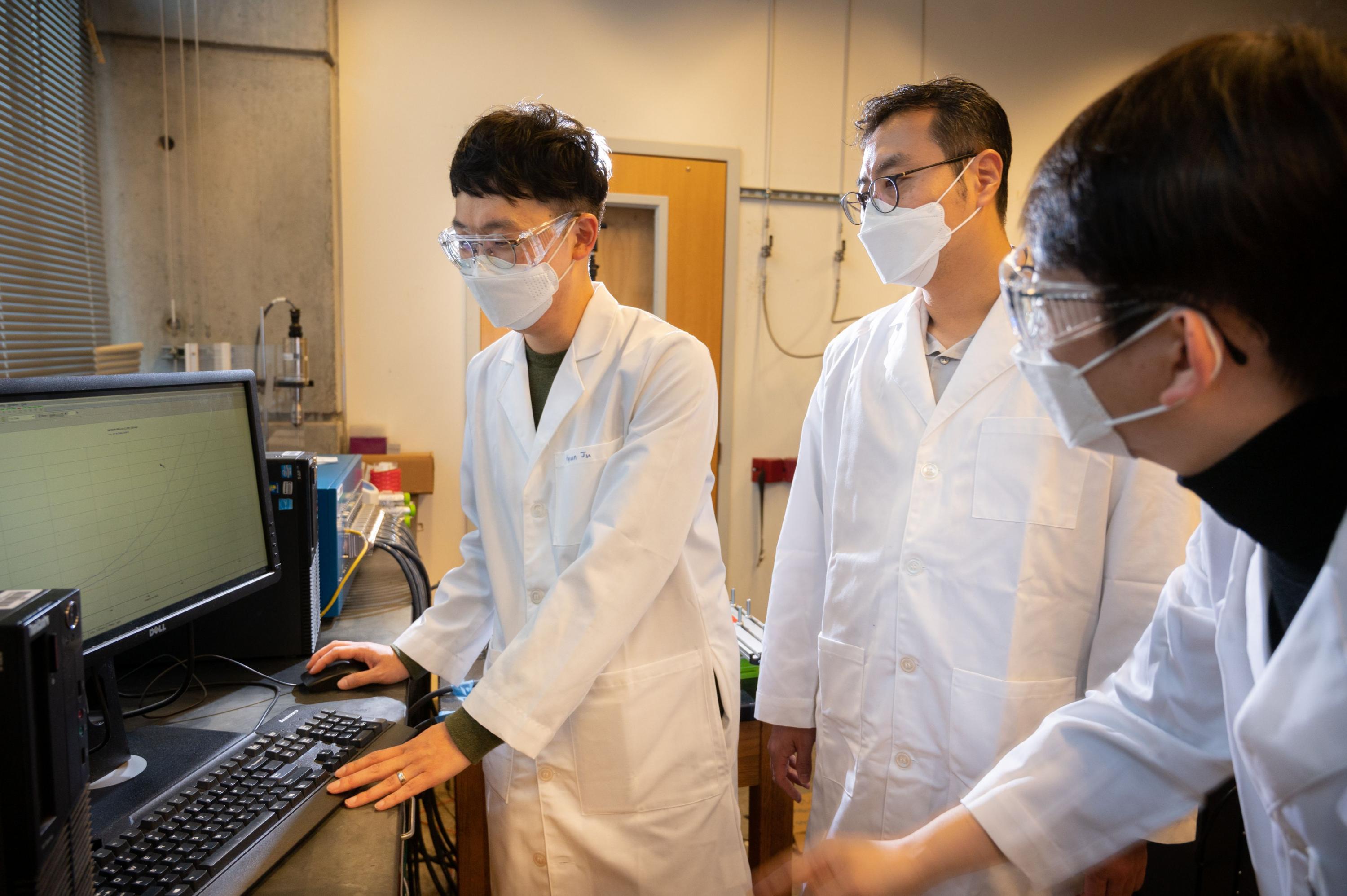