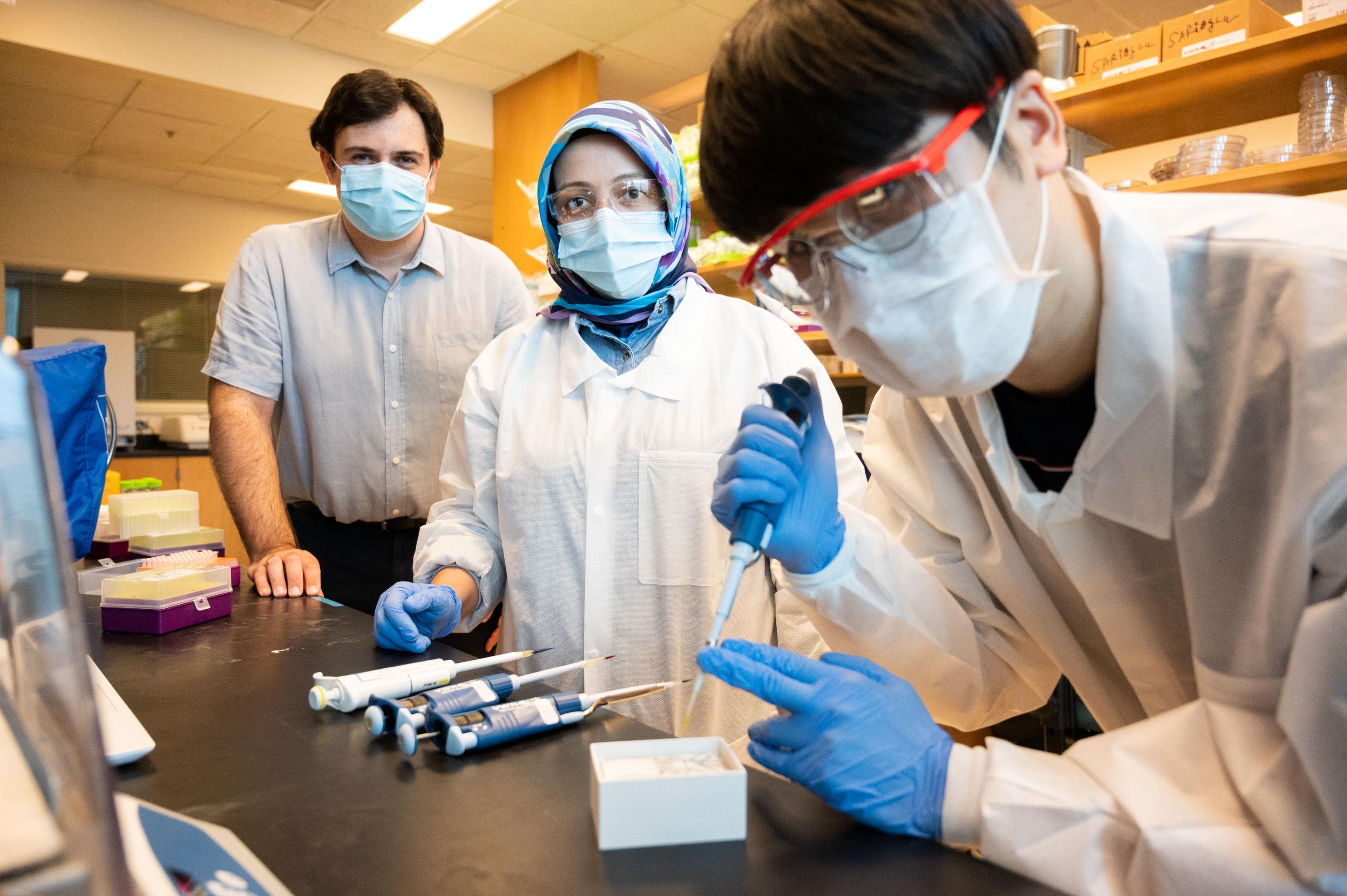 They’re also easy to use at home. The user adds a few drops of a sample – saliva, blood, or urine, for instance – to one end of the dipstick, and within minutes reads the results at the other end.

“These tests have been extremely popular for years, mainly because they are so simple to use. You don’t send anything to the lab or clinic because these tests don’t require any external equipment to operate. This is an advantage,” said engineering researcher Fatih Sarioglu, who runs the Biomedical Microsystems Laboratory at the Georgia Institute of Technology. “But there also is a disadvantage. There are limitations to what they can do.”

Recognizing the widespread popularity and practicality of dipsticks, particularly in resource-limited settings, Sarioglu and his research team are overcoming those limitations with development of a flow control technology, turning these simple tests into complex biomedical assays.

They explain their research, and its emphasis on flow technology, in two recently published papers in the journals Science Advances and ACS Sensors. One explains the development of their technology and the other applies the technology in a toolkit to diagnose the novel coronavirus, as well as influenza.

LFAs utilize capillary liquid flow to detect analytes – capillary flow is the process of liquid passing through a narrow passageway (like a capillary); analytes are substances or chemicals of interest, such as an antibodies or proteins, in an analytical procedure (like an LFA).

Sarioglu explained that conventional LFAs are not practical for performing multi-step assays – capillary flow prevents them from coordinating a complex process that includes the application of multiple reagents in a specific sequence with specific delays in between.

In the recently published studies, the team describes a technique to control capillary flow by imprinting roadblocks on a laminated paper with water insoluble ink. The blocked liquid flow is thus manipulated into a void formed at the interface of the ink-infused paper and the polymer tape laminate. By modifying the roadblocks, the researchers can essentially set the time it takes for a void to form – creating timers that hold capillary flow for a desired period.

“By strategically imprinting these timers, we can program the assays to coordinate different capillary flows,” said Sarioglu, professor in the School of Electrical and Computer Engineering. “That enables multiple liquids to be introduced, and multistep chemical reactions, with optimal incubation times – so, we can perform complex, automated assays that otherwise would normally have to be performed in laboratories. This takes us beyond the conventional LFA.”

For the user, the new dipstick test works the same way as the reliable standard – a sample is added at one end and the results present themselves minutes later in living color(s) at the other end. Sarioglu and his colleagues simply enhanced and expanded the process in between.

Basically, they drew patterns on paper – a dipstick – and created immunoassays that rival other diagnostic tests requiring labs and extra equipment, in the effective detection of pathogenic targets like Zika virus, HIV, hepatitis B virus, or malaria, among others.

The paper in ACS Sensors describes a PCR-based point-of-care toolkit based on the lab’s flow technology. The assay is programmed to run a sequence of chemical reactions to detect SARS-CoV-2 (severe respiratory syndrome-coronavirus 2) and/or influenza A and influenza B. A traditionally labor-intensive genetic assay can now be done on a disposable platform which will enable frequent, on-demand self-testing, filling a critical need to track and contain outbreaks.

The lab is studying the technology’s application for other assays targeting other pathogens, with plans to publish in the coming months. Sarioglu is optimistic that the work will have implications in the current healthcare challenge with Covid-19, and beyond.

“We believe this flow technology research will have widespread impact,” he said. “This kind of dipstick test is so commonly used by the public for biomedical testing, and now it can be translated into other applications that we do not traditionally consider to be cut out for these simple tests.” 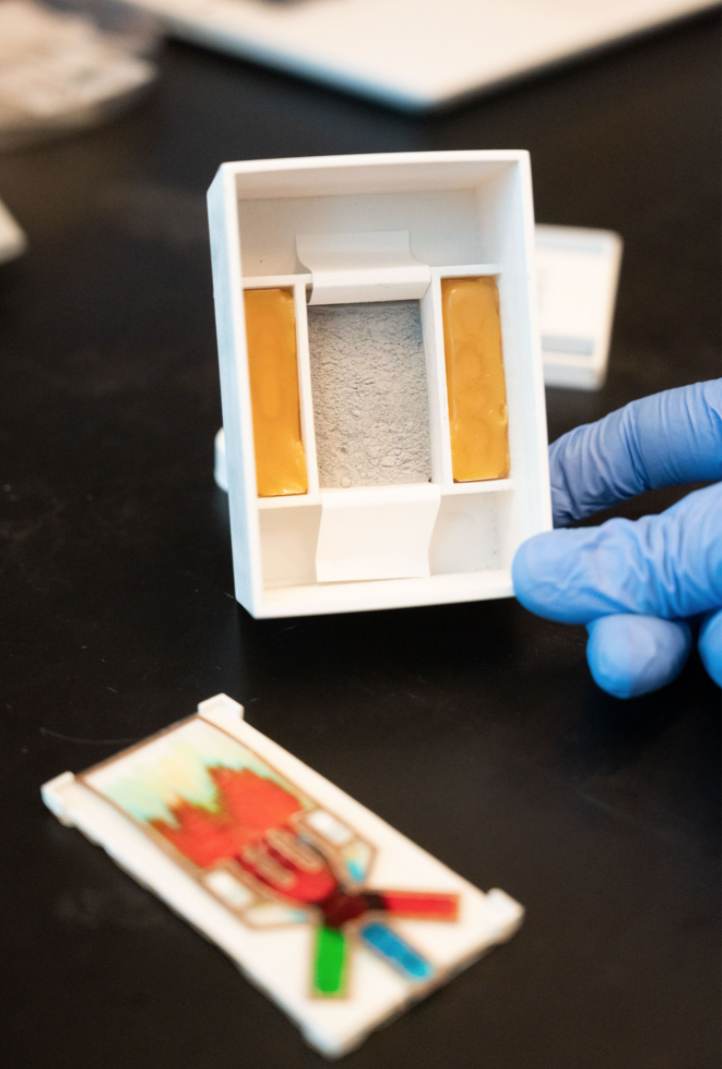 The new user-friendly, disposable liquid flow assay includes a heating unit (being held) and the paper-based assay ("dipstick") with built-in flow controller (loaded with dye solutions to for demonstration purposes), showing the sequential release of different fluids to the reaction spots. Photo by Allison Carter 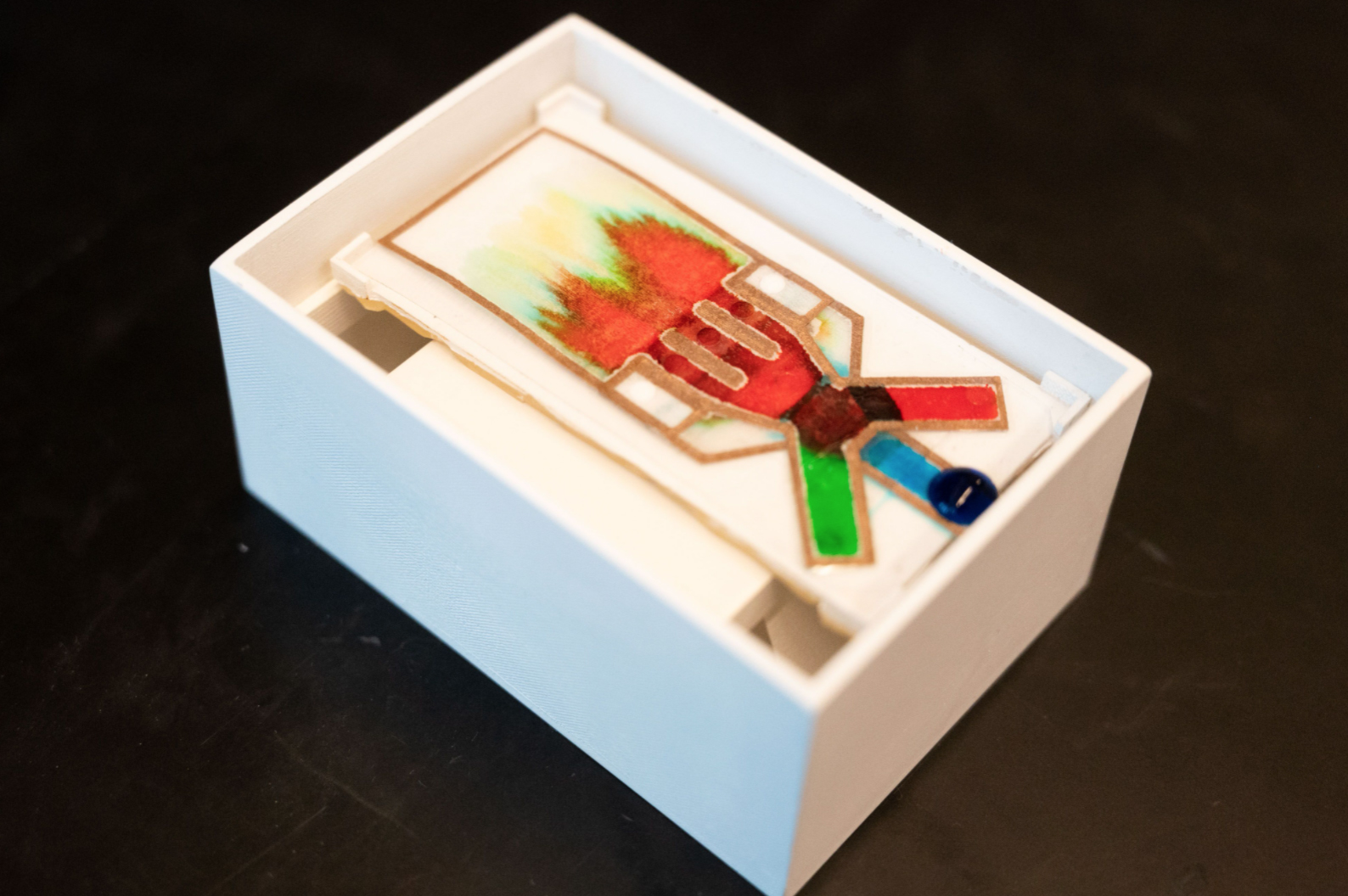 This is the fully assembled liquid flow assay developed in the Sarioglu lab. Photo by Allison Carter