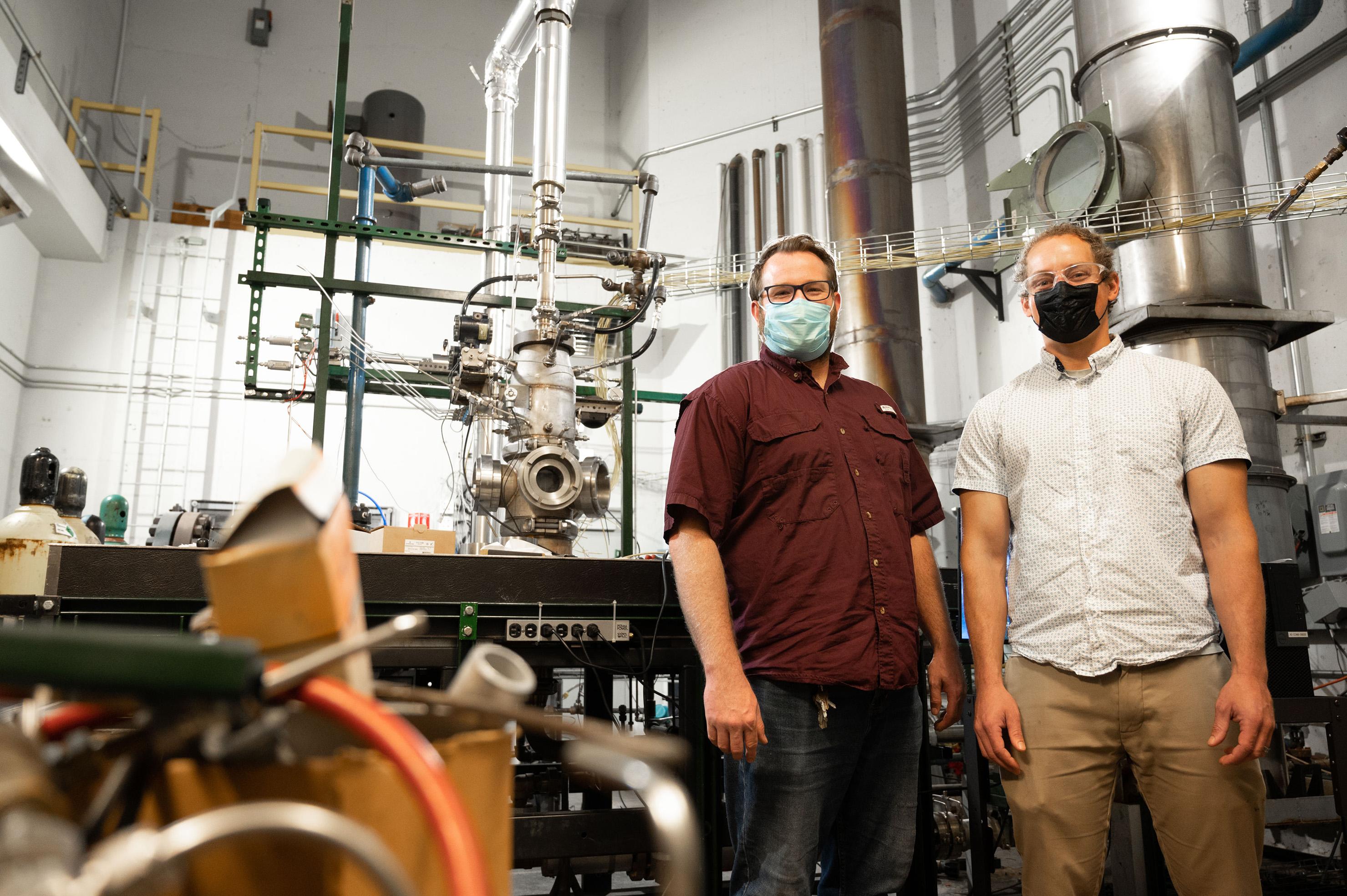 Pictured: Ben Emerson and Kristopher Manion inside the Zinn lab

The Georgia Institute of Technology will spend $2.4 million on a major upgrade to its facilities for combustion science and aerodynamics, an investment that is expected to provide a significant boost in researchers’ ability to study high-temperature processes that exist inside modern combustion systems.

“People have been making fire since the dawn of time,” said Tim Lieuwen, professor in the Guggenheim School of Aerospace Engineering at the Georgia Institute of Technology. Lieuwen’s research group focuses on advancing the understanding of this age-old process.

The bulk of the new funds will go towards improvements on the Ben T. Zinn Combustion Laboratory, an 18,000 square-foot facility located on Tech’s campus that has played a key role in the training and education of engineers for two decades.

“This is going to be a major differentiator for us,” Lieuwen said, “Letting us do real things we couldn't have done. It's pretty exciting.”

The $30 million dollar facility is already one of the top two university-based laboratories in the country for its focus area, according to Lieuwen, director of the lab, as well as director of the Strategic Energy Institute at Georgia Tech. Twelve different academic and research faculty and 70 graduate and undergraduate students use the lab for research and education.

Experiments performed at the facility have helped to make progress on a wide variety of combustion and aerodynamics problems. “Most of them have the objective of somehow cleaning up emissions,” said Ben Emerson, a senior research engineer at the lab. In some cases, researchers directly study how to make cleaner combustion, while in other cases, they study how to run combustors in cleaner but more challenging operating regimes.

With the upgrades, Georgia Tech researchers will be able to use the laboratory to reproduce the airflow conditions inside the most modern jet engines and fuel-burning power systems. By emulating these conditions, they can then study and test how various technologies perform in them.

The investments, which will include gifts of $225,000 and $200,000 from industry partners, Leidos, and Pratt & Whitney, respectively, will allow the lab to hit extreme physics conditions. Much of the spending will go into specialized materials and supplies, like piping made from advanced alloys that can withstand high temperatures. The plan is to increase maximum temperatures of air that the pipes can deliver from 1,000 to 1,550 degrees Fahrenheit.

Other upgrades will enable the lab to deliver hydrogen fuel to experiments, which has been studied for its potential to serve as a renewable resource in a cleaner energy economy.

“Infrastructure to run hydrogen requires the right sensors and things from a safety standpoint,” said Devesh Ranjan, associate chair for Research and professor in the Woodruff School of Mechanical Engineering. “Very few places in academia can do that.”

All these improvements will enhance researchers’ ability to partner with government and industry on new research projects. These partnerships have been a longstanding feature of the lab, which has accrued $120 million dollars in funding over the last 20 years in various forms of grants and industry contracts, according to Lieuwen.

For industry partners, the Combustion Laboratory is positioned in a middle ground between large-scale, highly expensive facilities, which are needed to test full-scale power systems, and smaller university labs, which are unable to sustain comparable experimental conditions. Industry manufacturers often go to the lab when they are interested in obtaining specialized scientific studies at relatively low cost. Lieuwen believes that nearly a billion people rely on industry power systems that have been directly influenced by innovations made in the Zinn Lab.

The upgrade will continue to support local and regional collaborations, as well. “Georgia Tech is investing to support state priorities,” Lieuwen said. According to the Georgia Department of Economic Development, aerospace products are the state of Georgia’s number one export, at $9.98 billion in 2020.

“We have these really special capabilities,” Lieuwen said. “We’re continuing to invest in them. We’re committed to continuing to develop them.” 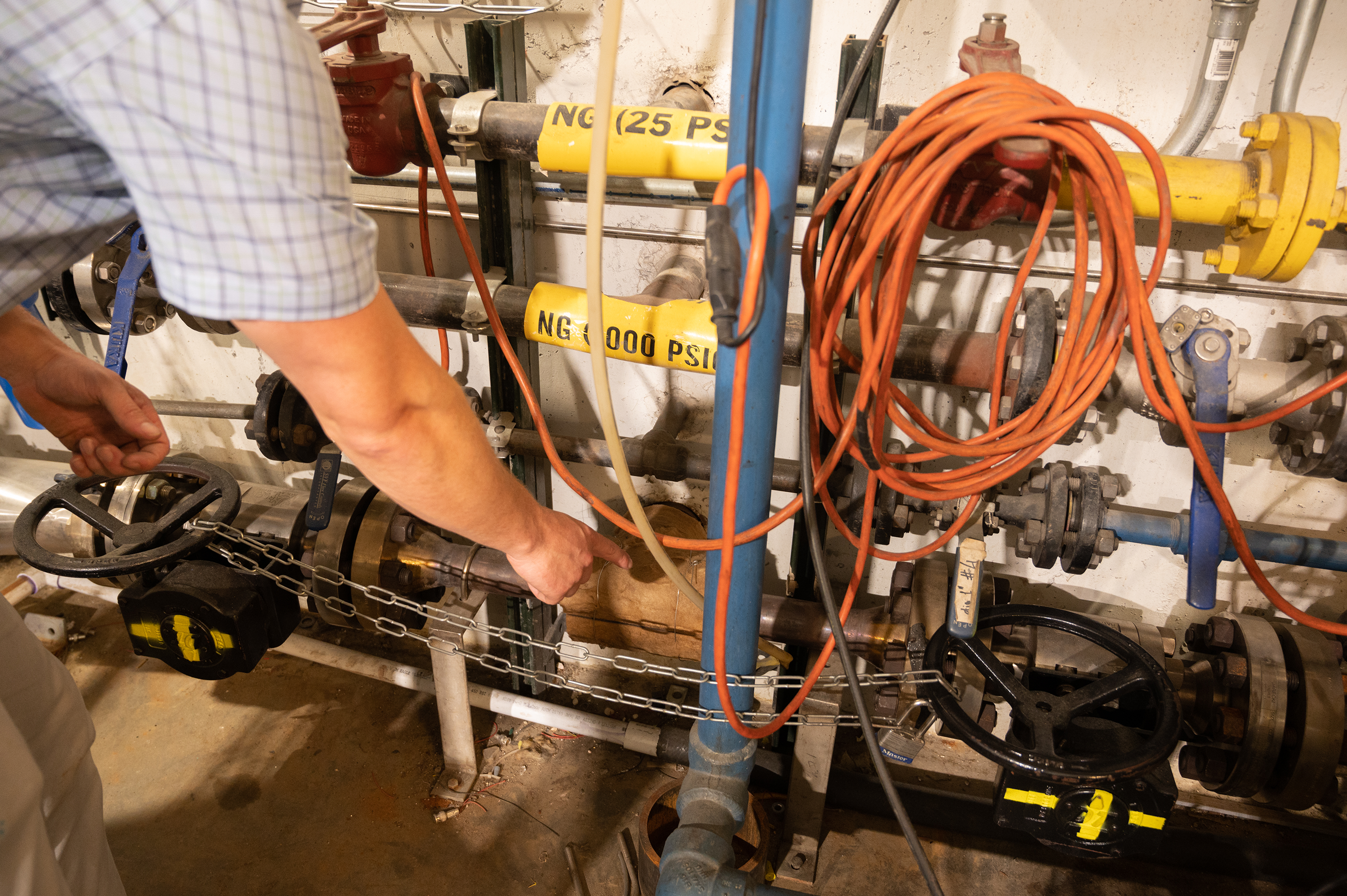