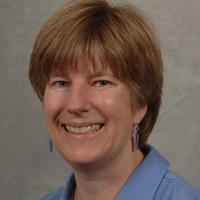 The research, titled Social Responsibility Attitudes Among Undergraduate Computer Science Students: An Empirical Analysis, won the best paper award for the ASEE Engineering Ethics Division, best paper for Professional Interest Council 1, and was also a finalist for best overall paper for the 2022 ASEE conference. The latter honor was only bestowed on the top five submissions out of approximately 2,000.

After surveying 982 Georgia Tech students from both STEM and non-STEM majors, the research team found that computer science students have “statistically significantly lower social responsibility attitudes than their peers in other science and engineering disciplines.” They argue that these findings suggest a need for additional ethics education in undergraduate computer science programs.

“Computing degree programs have the opportunity to help nurture a mindset within future professionals of sincere interest in protecting the public,” they write. “If not, computing risks diminishing the reputation of the profession even further, increasing regulatory scrutiny, and exposing the public to greater harms.”

In giving the Georgia Tech team its awards, the reviewers praised the researchers for their clear writing and analysis, as well as the timeliness of their topic.

“It was a great honor and surprise to receive this award,” said Kreth. “I’m told student-led papers rarely win it.”

Because they were a finalist for best overall paper, the authors have been invited to present their work again next year, at the 2023 ASEE conference, as part of a showcase event.

The paper is forthcoming and will be available online in the coming weeks at https://peer.asee.org/.