5G and Artificial Intelligence Team Up to Optimize Military Fueling 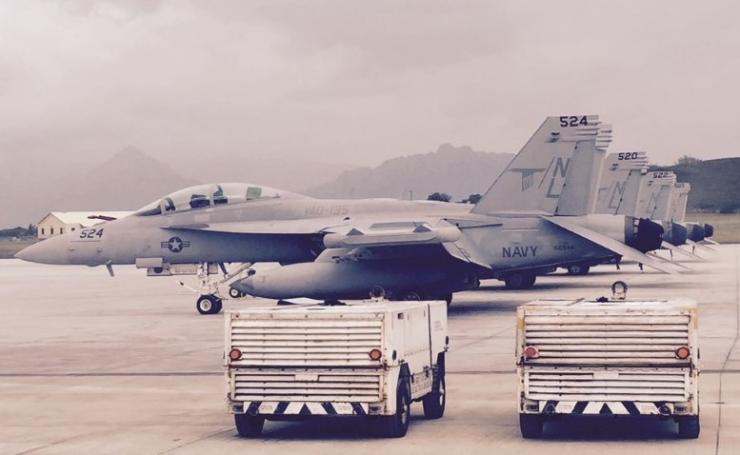 Using 5G network technology, artificial intelligence (AI), and edge computing resources, a pilot project under development at Naval Air Station Whidbey Island will create an optimized refueling system designed to boost readiness for military aircraft operating there – and those stopping for fuel on their way to other locations.

Getting fuel to military aircraft in a timely manner can be complex and challenging. Fueling operations must anticipate demand and allocate resources to provide quick turnaround while accommodating unexpected air traffic. Located in the state of Washington, Whidbey may be best known as the location where much of the recent movie, “Top Gun: Maverick,” was filmed, but it’s also one of the busiest naval air stations on the West Coast.

The pilot project is supported by the Office of the Under Secretary of Defense for Research and Engineering (R&E) 5G initiatives program and is among the first projects to be funded by that effort.

“The goal of this project is to increase the mission readiness of the aircraft,” said David Alvord, a senior research engineer at the Georgia Tech Research Institute (GTRI) and principal investigator of the fuel delivery pilot program. “We are working with the Navy to increase the reliability of the refueling process, to make sure it’s on time, and help keep everybody in the loop – including the pilots and fuel dispatchers – so they understand the time frame and when and where everything is happening.”

A soon-to-be-built 5G network at Whidbey will be used to connect components of the system, including location tracking and fueling queue information on fuel trucks, computers that analyze planned flight operations, and algorithms designed to optimize the use of fueling resources. The technology will replace a system that relies on walkie-talkie and mobile phone conversations to identify aircraft needs and direct fuel trucks.

"Whidbey, through Joint Base Pearl Harbor-Hickam, was directed to leverage commercially available 5G networks, technologies, and processes to experiment with how to ensure that U.S. forces will have connectivity uniquely suited to the battle space wherever we deploy. Utilizing AI to assist in optimizing 5G network management to support fueling operations is one of our experiments that utilizes relevant mission use cases that potentially can support real world functionality and military utility," said Deb Stanislawski, the OUSD (R&E) 5G Accelerate Use Director.

“We’re going to reduce the likelihood of human errors and misunderstandings to make the system more reliable,” Alvord said. “That should make the job easier, decrease the risk, and improve the level of performance.” Data from two years ago showed many flights operated from Whidbey were affected by delays in refueling operations.

The new system will provide data to three key groups that must make decisions necessary to keep aircraft flying. Fueling technicians will know which aircraft need service and what their priorities are. Plane captains will know when fuel trucks will be available to service their aircraft so they can be present – without having to wait on the flight line. Base leadership will know that available resources are being used to keep missions on time.

Plane captains, for instance, will know where they are in the priority for fuel and where the truck carrying their fuel is located. “They will know that their request is in the queue and have an estimated delivery time,” said Alvord. “It will allow them to not only more reliably order the fuel they need, but also put time spent waiting for fuel to better use.”

The system will provide base leadership with data and analysis they’ve never had before. “At the base operations level, they will get insight into top-level analytics that will allow them to make better operational decisions about allocating personnel, equipment, or other resources,” Alvord added.

GTRI researchers have experience in military vehicle maintenance issues through their predictive maintenance initiative known as Iterative Reinforced Operational Network for Strategic, Predictive, and Enhanced Analytics for Readiness (IRON SPEAR). Software developed for IRON SPEAR will support the pilot project, Alvord said, including conditioning data from different sources, bringing it together for use by machine learning, and putting the resulting information into a format useful to users.

“Those computers are going to be taking all of this new data we’ll be acquiring in real time through the 5G system and running that through an AI modeler to understand trends and what the specific needs and requirements will be for future refueling so they can pre-plan and optimize operations,” he explained.

The Whidbey pilot project is part of a larger initiative within R&E to expand the use of 5G technology throughout the Department of Defense. “What 5G brings to this is decreased latency – the ability to get more data in real-time – and increased bandwidth, which allows us to get all the data we need,” Alvord said.

The goal is for the new refueling system to be fully implemented at Whidbey no later than 2024. Plans include expanding the system to other sites. Each site has different conditions and stakeholders that should provide information useful for a still-larger implementation.

“We’re off to the races and getting great feedback,” Alvord said. “There’s a desire to expand not just to other fueling locations, but to apply what we’re doing to similar types of operations elsewhere in the DoD where having quick access to large amounts of data and analytics will be useful.”

About GTRI: The Georgia Tech Research Institute (GTRI) is the nonprofit, applied research division of the Georgia Institute of Technology (Georgia Tech). Founded in 1934 as the Engineering Experiment Station, GTRI has grown to more than 2,800 employees, supporting eight laboratories in over 20 locations around the country and performing more than $700 million of problem-solving research annually for government and industry. GTRI's renowned researchers combine science, engineering, economics, policy, and technical expertise to solve complex problems for the U.S. federal government, the state, and industry. For more information, please visit www.gtri.gatech.edu.