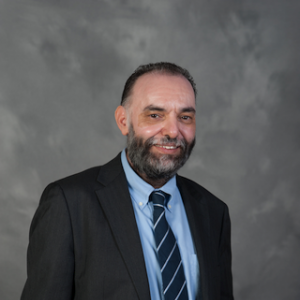 Co-President of the Lafayette Institute

Abdallah Ougazzaden received his masters and doctoral degrees in materials sciences and his HDR "Accreditation to Supervise Research" degree from the University of Paris VII Paris (France) in 1986, 1990 and 1996, respectively. From 1999 to 2003, he worked as a Technical Manager in the Materials Growth and Characterisations group at Bell-Labs Lucent Technologies, and with its ICs/Optoelectronics spin-off Agere Systems. From here, Dr. Ougazzaden worked for TriQuint Optoelectronics (formerly Agere Systems/Optoelectronics). Prior to joining Bell-Labs he led the MOCVD group at CNET/ France Telecom for more than 8 years and spent a year at Optoplus/Alcatel. From 2003 to 2005 he was a professor at the University of Metz and Deputy Director of Materials, Optics, Photonics and Systems (MOPS) laboratory, a joint lab of the High Engineering School SUPELEC and CNRS in Metz, France. He joined the Georgia Institute of Technology in 2005 as professor in the School of Electrical and Computer Engineering. In 2006, Prof. Ougazzaden was appointed to the position of Director of the International Joint Research Unit GT-CNRS at GTL in France and in 2010 he was appointed to the position of director of Georgia Tech-Lorraine. He is co-founder and co-president of the Lafayette Institute, Platform of Technology Transfer, created in 2012. He has authored and co-authored more than 200 international scientific papers and holds 23 patents.