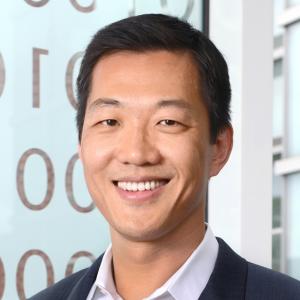 Wenke Lee, Ph.D., is executive director of the Institute for Information Security & Privacy (IISP) and responsible for continuing Georgia Tech's international leadership in cybersecurity research and education. Additionally, he is the John P. Imlay, Jr. Professor of Computer Science in the College of Computing at Georgia Tech, where he has taught since 2001. Previously, he served as director of the IISP's predecessor -- the Georgia Tech Information Security Center (GTISC) research lab -- from 2012 to 2015. Lee is one of the most prolific and influential security researchers in the world. He has published several dozen, oft-cited research papers at top academic conferences, including the ACM Conference on Computer and Communications Security, USENIX Security, IEEE Security & Privacy ("Oakland"), and the Network & Distributed System Security (NDSS) Symposium. His research expertise includes systems and network security, botnet detection and attribution, malware analysis, virtual machine monitoring, mobile systems security, and detection and mitigation of information manipulation on the Internet. Lee regularly leads large research projects funded by the National Science Foundation (NSF), U.S. Department of Defense, Department of Homeland Security, and private industry. Significant discoveries from his research group have been transferred to industry, and in 2006, doing so enabled Lee to co-found Damballa, Inc., which focused on detection and mitigation of advanced persistent threats. Lee’s awards and honors include the “Internet Defense Prize” awarded by Facebook and USENIX in 2015, an “Outstanding Community Service Award” from the IEEE Technical Committee on Security and Privacy in 2013, a Raytheon Faculty Fellowship in 2005, an NSF Career Award in 2002, as well as best paper awards in the IEEE Symposium on Security and Privacy and the ACM SIGKDD International Conference on Knowledge Discovery and Data Mining. Passionate about quality education, Lee serves on the advisory boards of the Faculty of Engineering at the Chinese University of Hong Kong and the board of trustees at Pace Academy in Atlanta. He received his Ph.D. in Computer Science from Columbia University in 1999.