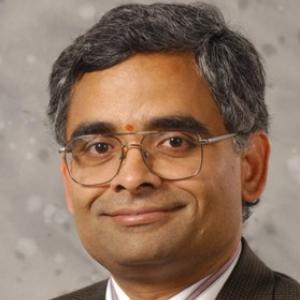 Dr. Sundaresan Jayaraman is a Professor in the School of Materials Science and Engineering at the Georgia Institute of Technology. He is also the Founding Director of the Kolon Center for Lifestyle Innovation established at Georgia Tech in October 2016. A pioneer in bringing about convergence between textiles and computing, Professor Jayaraman’s research has led to the paradigm of “Fabric is the Computer.” He is a leader in studying and defining the roles of engineering design, manufacturing and materials technologies in public policy for the nation.

Professor Jayaraman and his research students have made significant contributions in the following areas: (i) Smart Textile-based Wearable Systems; (ii) Computer-aided Manufacturing, Automation and Enterprise Architecture Modeling; (iii) Engineering Design and Analysis of Intelligent Textile Structures and Processes; (iv) Design and Development of Knowledge Based Systems (KBS) for textiles and apparel; and (v) Design and Development of Respiratory Protection Systems. His group's research has led to the realization of the world's first Wearable Motherboard™, also known as the “Smart Shirt” (www.smartshirt.gatech.edu). This invention was featured in a Special Issue of LIFE Magazine entitled Medical Miracles for the New Millennium (Fall 1998) as One of the 21 Breakthroughs that Could Change Your Life in the 21st Century. The first Smart Shirt is now part of the Archives of the Smithsonian Museum in Washington, DC.

Prior to Georgia Tech, Professor Jayaraman had the privilege of working with Dan Bricklin and Bob Frankston, the Co-Creators of the world’s first spreadsheet – VisiCalc®. VisiCalc was the first “killer app” that transformed the computing industry by bringing computing to the masses through the proliferation of personal computers. During his PhD, he was involved in the design and development of TK!Solver, the world’s first equation-solving program from Software Arts, Inc., Cambridge, MA. He worked there as a Product Manager and then at Lotus Development Corporation (makers of 1-2-3®) in Cambridge, MA.

Professor Jayaraman is a recipient of the 1989 Presidential Young Investigator Award from NSF for his research in the area of computer aided manufacturing and enterprise architecture. In September 1994, he was elected a Fellow of the Textile Institute, (UK). His publications include a textbook on computer-aided problem solving published by McGraw-Hill in 1991, ten U.S. patents, and numerous refereed journal papers, and book chapters. As Principal Investigator, he has received nearly $16Million in research funding from a variety of sources including NSF, DARPA, DoD, NIST, CDC, and industry. Dr. Jayaraman served as Technical Editor, Information Technology, for ATI Magazine (now Textile World) from 1995-2003. From May 2000 to October 2004, he was an Editor of the Journal of the Textile Institute and is currently on the Editorial Advisory Board.