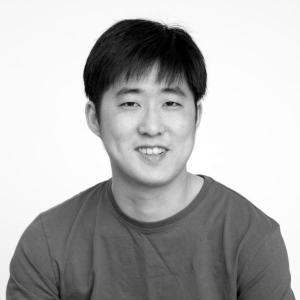 Sang's research and art practice focuses on robotic and computational tools that work together with human users. His vision proposes extreme synergies between machine tools and humans, with technology essentially becoming a natural extension of our hands. This way, he challenges the fear and criticism around AI and automation that they replace human endeavors, by showing how symbiotic machines can unlock new human explorations and aesthetics. The impact of his research spans from publications in top tier HCI conferences such as CHI, TEI, and NIME, journals including Leonardo and IEEE Pervasive Computing, to design awards and art exhibitions. Several of his work were awarded the Fast Company Innovation by Design Award, and have been shown in art exhibitions at SIGGRAPH ASIA, CHI, TEI, and more. His work A Flying Pantograph was included in the Otherly Space / Knowledge exhibition at the Asia Culture Center along with some of the most prominent new media artists today. In 2014, He was an artist-in-residence at Microsoft Research Studio 99 where he created Remnance of Form - an interactive light and shadow installation. His work has received extensive media coverage from BBC, WIRED, Discovery, Fast Company and so on, and he was invited to national and international events including Sebasi+Pan, TEDx events, Seoul Digital Forum, and more. He is starting at Georgia Tech Industrial Design as an assistant professor. He has helped Artmatr in the development of a machine painting technology and its creative use through collaboration with some of today's most prominent painters. He received his Ph.D. from MIT Media Lab in 2018. Prior to that, he was a software engineer at Samsung Electronics where he led the software development of eyeCan, an open-source DIY eye-mouse designed for people with motor disability. This project became the foundation of Samsung's C-LAB. He received his Bachelor and Master of Science from KAIST, focusing on 3D Computer Vision and Machine Learning.