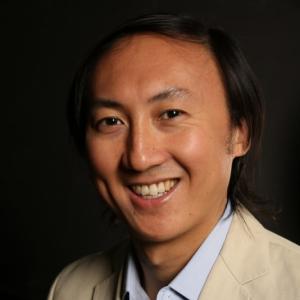 Dr. David Hu is a fluid dynamicist with expertise in the mechanics of interfaces between fluids such as air and water. He is a leading researcher in the biomechanics of animal locomotion. The study of flying, swimming and running dates back hundreds of years, and has since been shown to be an enduring and rich subject, linking areas as diverse as mechanical engineering, mathematics and neuroscience. Dr. Hu's work in this area has the potential to impact robotics research. Before robots can interact with humans, aid in minimally-invasive surgery, perform interplanetary exploration or lead search-and-rescue operations, we will need a fundamental physical understanding of how related tasks are accomplished in their biological counterparts. Hu's work in these areas has generated broad interest across the fields of engineering, biology and robotics, resulting in over 30 publications, including a number in high-impact interdisciplinary journals such as Nature, Nature Materials, Proceedings of the National Academy of Sciences as well as popular journals such as Physics Today and American Scientist. Dr. Hu is on editorial board member for Nature Scientific Reports, The Journal of Experimental Biology, and NYU Abu Dhabi's Center for Center for Creative Design of Materials. He has won the NSF CAREER award, Lockheed Inspirational Young Faculty award, and best paper awards from SAIC, Sigma Xi, ASME, as well as awards for science education such as the Pineapple Science Prize and the Ig Nobel Prize. Over the years, Dr. Hu's research has also played a role in educating the public in science and engineering. He has been an invited guest on numerous television and radio shows to discuss his research, including Good Morning America, National Public Radio, The Weather Channel, and Discovery Channel. His ant research was featured on the cover of the Washington Post in 2011. His work has also been featured in The Economist, The New York Times, National Geographic, Popular Science and Discover His laboratory appeared on 3D TV as part of a nature documentary by 3DigitalVision, "Fire ants: the invincible army," available on Netflix.


Fluid Mechanics: Fluid dynamics, solid mechanics, biomechanics, animal locomotion, and physical applied mathematics. Dr. David Hu's research focuses on fundamental problems of hydrodynamics and elasticity that have bearing on problems in biology. He is interested in the dynamics of interfaces, specifically those associated with fluid-solid and solid-solid interactions. The techniques used in his work include theory, computation, and experiment. He is also interested in pursuing biomimetic technologies based on nature's designs.