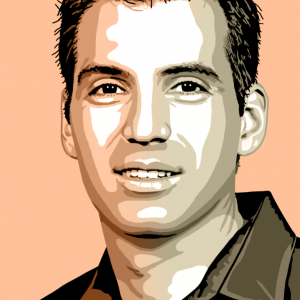 For more than a decade, Constantine Dovrolis has been exploring the evolution of our interconnected world. Dovrolis serves as a Professor in the School of Computer Science, College of Computing at the Georgia Institute of Technology and is an affiliate of the Institute for Information Security & Privacy. He received his Bachelor's of Computer Engineering from the Technical University of Crete in 1995; Master’s degree from the University of Rochester in 1996, and his Doctoral degree from the University of Wisconsin-Madison in 2000.  Prior to joining Georgia Tech in August 2002, Dovrolis held visiting positions at Thomson Research in Paris, Simula Research in Oslo, and FORTH in Crete. His current research focuses on the evolution of the Internet, Internet economics, and on applications of network measurement.  He also is interested in cross-disciplinary applications of network science as it relates to biology, clIMaTe science and neuroscience. Dovrolis has served as an editor for the IEEE/ACM’s Transactions on Networking, the ACM Communications Review, and he served as the program co-chair for PAM'05, IMC'07, CoNEXT'11, and as the general chair for HotNets'07.  He was honored with the National Science Foundation CAREER Award in 2003.

College of Computing
Georgia Tech School of Computer Science
Research Focus Areas:
Additional Research:
Data Mining & Analytics; IT Economics; Internet Infrastructure & Operating Systems Network science is an emerging discipline focusing on the analysis and design of complex systems that can be modeled as networks. During the last decade or so network science has attracted physicists, mathematicians, biologists, neuroscientists, engineers, and of course computer scientists. I believe that this area has the potential to create major scientific breakthroughs, especially because it is highly interdisciplinary. We have applied network science methods to investigate the "hourglass effect" in developmental biology. The developmental hourglass' describes a pattern of increasing morphological divergence towards earlier and later embryonic development, separated by a period of significant conservation across distant species (the "phylotypic stage''). Recent studies have found evidence in support of the hourglass effect at the genomic level. For instance, the phylotypic stage expresses the oldest and most conserved transcriptomes. However, the regulatory mechanism that causes the hourglass pattern remains an open question. We have used an evolutionary model of regulatory gene interactions during development to identify the conditions under which the hourglass effect can emerge in a general setting. The model focuses on the hierarchical gene regulatory network that controls the developmental process, and on the evolution of a population under random perturbations in the structure of that network. The model predicts, under fairly general assumptions, the emergence of an hourglass pattern in the structure of a temporal representation of the underlying gene regulatory network. The evolutionary age of the corresponding genes also follows an hourglass pattern, with the oldest genes concentrated at the hourglass waist. The key behind the hourglass effect is that developmental regulators should have an increasingly specific function as development progresses. Analysis of developmental gene expression profiles from Drosophila melanogaster and Arabidopsis thaliana provide consistent results with our theoretical predictions. We are currently working on the inference and analysis of functional and brain networks. More information about this project will be posted soon.
IRI Connection: