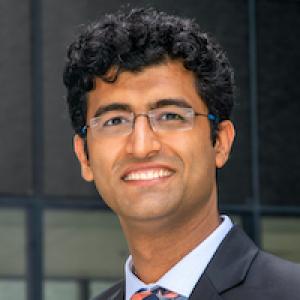 Animesh Garg is a Stephen Fleming Early Career Assistant Professor at School of Interactive Computing at Georgia Tech. He leads the People, AI, and Robotics (PAIR) research group. He is on the core faculty in the Robotics and Machine Learning programs. Animesh is also a Senior Researcher at Nvidia Research. Animesh earned a Ph.D. from UC Berkeley and was a postdoc at the Stanford AI Lab. He is on leave from the department of Computer Science at University of Toronto and CIFAR Chair position at the Vector Institute.

Garg's research vision is to build the Algorithmic Foundations for Generalizable Autonomy, that enables robots to acquire skills, at both cognitive & dexterous levels, and to seamlessly interact & collaborate with humans in novel environments. His group focuses on understanding structured inductive biases and causality on a quest for general-purpose embodied intelligence that learns from imprecise information and achieves flexibility & efficiency of human reasoning.