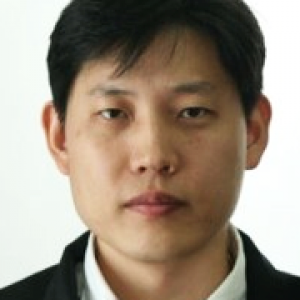 Seung-Joon Paik received his B.S. degree at the School of Electrical Engineering in 1999 and the M.S. and Ph.D. degrees at the Electrical Engineering and Computer Science from Seoul National University, Seoul, Korea, in 2001 and 2005, respectively. His doctorate research focused on the design, microfabrication and testing of silicon microneedles for neurophysiologic applications, including microfluidic channels and microelectrodes. He was with Automation and Systems Research Institute in Seoul National University, as a postdoctoral associate from 2005 to 2007, where he developed sensors and systems of Inertial Measurement Unit (IMU) for localization and locomotion of robots. After joining a spin-off company from the research lab, SML Electronics, Inc., in 2007, he led the process team for the 8-inch wafer-level packaging process and foundry manufacturing process of MEMS accelerometers and gyroscopes for mobile applications as a senior research engineer. In 2008, he joined the MicroSensors and MicroActuators Laboratory (MSMA Lab.) in Georgia Institute of Technology, Atlanta, Georgia. He has led the BioMEMS research group at the MSMA Lab as a postdoctoral fellow. The BioMEMS research group is dedicated to developing micro/nano needles and biosensors for drug delivery and electrochemical sensing. In 2013, as a research engineer II at the Institute for Electronics and Nanotechnology (IEN) in Georgia Tech, he oversees and coordinates lab sections for College of Engineering courses within IEN which provides instructions to students about CMOS transistor fabrication and MEMS fabrication. He has been teaching and mentoring junior-level research engineers and graduate students on design, analysis, micromachining processes, and technical writing and presentation at Seoul National University, SML Electronics, and Georgia Institute of Technology. In 2014, he also worked in Southern Polytechnic State University (currently, Kennesaw State University) as an adjunct professor and taught a course of Microelectronic Engineering and its labs.

He has published 65+ reviewed journal and conference papers, and invented 13+ patents in USA and Korea, and has been a reviewer for the following Journals – IEEE Journal of Microelectromechanical Systems (JMEMS); IOP Journals of Micromechanics and Microengineering, Nanotechnology, Material Science and Technology, Journal of Physics D, and Smart Materials and Structures; and Sensors and Actuators A: Physics. His current interests are in research and development for the micromachining of silicon and polymer materials and in biomedical applications of micromachined devices and also in inertial sensors, 3-D multi-chip packaging of MEMS devices, energy storage/conversion devices and nano-scale structures.