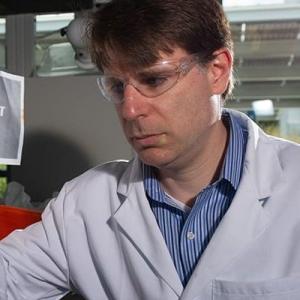 Chris Jones was born in suburban Detroit, Michigan in July of 1973. After his primary and secondary schooling and 14 years living Troy, Michigan, he enrolled as a chemical engineering student at the University of Michigan. In route to earning a BSE in chemical engineering, Chris carried out research on transition metal carbide and nitride catalytic materials under the direction of Levi Thompson. After graduating in 1995, Chris moved to Pasadena, California, to study inorganic materials chemistry and catalysis under Mark E. Davis at Caltech. There he earned MS and PhD degrees in chemical engineering in 1997 and 1999, respectively. Subsequently, he studied organometallic chemistry and olefin polymerization under the direction of both Davis and John E Bercaw at Caltech. He started as an Assistant Professor at Georgia Tech in the summer of 2000 and was promoted to Associate Professor in July 2005. In May, 2005, he was appointed the J. Carl and Sheila Pirkle Faculty Fellow, followed by a promotion to Professor in July 2008. He was named New-Vision Professor of Chemical & Biomolecular Engineering in July 2011. In 2015, he became the Love Family Professor of Chemical & Biomolecular Engineering, and in 2019 the William R. McLain Chair. Chris was named the Associate Vice President for Research at Georgia Tech in November 2013. In this role, he directed 50% of his time on campus-wide research administration with a primary focus on interdisciplinary research efforts and policy related to research institutes, centers and research core facilities. In 2018, he served as the Interim Executive Vice-President for Research, before returning full time to his research and teaching roles in chemical and biomolecular engineering in 2019.

Dr. Jones directs a research program focused primarily on catalysis and CO2 separation, sequestration and utilization. A major focus of his laboratory is the development of materials and processes for the removal of CO2 from air, or “direct air capture” (DAC). In 2010 he was honored with the Ipatieff Prize from the American Chemical Society for his work on palladium catalyzed Heck and Suzuki coupling reactions. That same year, he was selected as the founding Editor-in-Chief of ACS Catalysis, a new multi-disciplinary catalysis journal published by the American Chemical Society. In 2013, Chris was recognized by the North American Catalysis Society with the Paul E. Emmett Award in Fundamental Catalysis and by the American Society of Engineering Education with the Curtis W. McGraw Research Award. In 2016 he was recognized by the American Institute of Chemical Engineers with the Andreas Acrivos Award for Professional Progress in Chemical Engineering, distinguishing him as one of the top academic chemical engineers under 45. In 2020, after ten years building and leading ACS Catalysis, he was selected as the founding Editor-in-Chief of JACS Au by an international editorial search committee commissioned by the ACS. Dr. Jones has been PI or co-PI on over $72M in sponsored research in the last seventeen years, and as of December 2020, has published over 300 papers that have been cited >28,000 times. He has an H-Index of 82 (Google Scholar).