Register for the 2022  Brumley D. Pritchett Lecture and the IMat Symposium on Materials Innovation

Biography: In addition to her role as chief scientist at the National MagLab, Greene is the MarieKrafft Professor of Physics at Florida State University. Her research is on quantum materials, focusing on fundamental studies utilizing novel materials growth with planar tunneling and point contact electron spectroscopies to elucidate the mechanisms of unconventional superconductivity.

Greene plays an active leadership role in numerous science organizations. In 2017, as president of the American Physical Society (APS), her presidential theme was science diplomacy on national and international scales and its application to human rights. She is currently on the Board of Directors for the American Association for the Advancement of Science (AAAS) and is a vice president of the International Union of Pure and Applied Physics (IUPAP).

Greene is a member of the National Academy of Sciences and the American Academy of Arts and Sciences and is a founding member of the Florida Academy of Science, Engineering and Medicine. She is also a fellow of the Institute of Physics (U.K.), and AAAS and APS. She has been a Guggenheim Fellow and was awarded the E.O. Lawrence Award for Materials Research from the U.S. Department of Energy, the APS Maria Goeppert-Mayer Award, the Bellcore Award of Excellence, the Five Sigma Physicist Award for Advocacy in Science Policy from the APS and the Tallahassee Scientific Society Gold Metal. She has co-authored over 200 publications and presented over 600 invited talks.

Registration for both Events is Required 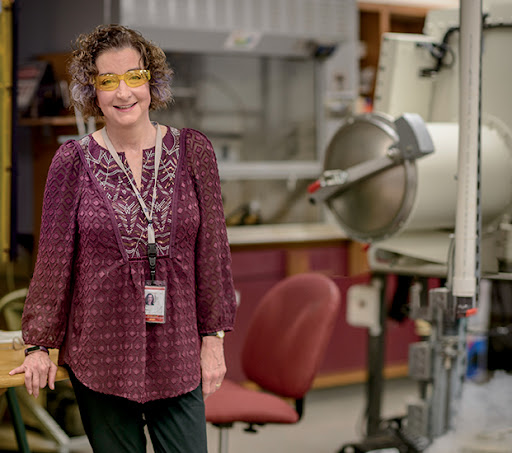 Liew Family Professor and Vice Dean for Research of the Pritzker School for Molecular Engineering at the University of Chicago, a Senior Scientist at Argonne National Laboratory, and Founding Director of the Chicago Quantum Exchange

Biography: David Awschalom is the Liew Family Professor and Vice Dean for Research of the Pritzker School for Molecular Engineering at the University of Chicago, a Senior Scientist at Argonne National Laboratory, and Founding Director of the Chicago Quantum Exchange. He is also the inaugural Director of Q-NEXT, one of the US DOE Quantum Information Science Research Centers. He works in the fields of spintronics and quantum information engineering, exploring and controlling the spins of electrons, nuclei, and photons in semiconductors and molecules. His research includes implementations of information processing with potential applications in quantum computing, communication, and sensing.

Professor Awschalom received his BSc in physics from the University of Illinois at Urbana-Champaign, and his PhD in experimental physics from Cornell University. He was a research staff member and manager of the Nonequilibrium Physics Department at the IBM Watson Research Center in Yorktown Heights, New York. In 1991 he joined the University of California-Santa Barbara as a professor of physics, and in 2001 was additionally appointed as a professor of electrical and computer engineering. Prior to joining PME, he served as the Peter J. Clarke Professor and Director of the California NanoSystems Institute, and director of the Center for Spintronics and Quantum Computation.

Professor Awschalom received the American Physical Society Oliver Buckley Prize and Julius Edgar Lilienfeld Prize, the European Physical Society Europhysics Prize, the Materials Research Society David Turnbull Award and Outstanding Investigator Prize, the AAAS Newcomb Cleveland Prize, the International Magnetism Prize from the International Union of Pure and Applied Physics, and an IBM Outstanding Innovation Award. He is a member of the American Academy of Arts & Sciences, the National Academy of Sciences, the National Academy of Engineering, and the European Academy of Sciences.

Registration for both Events is Required

Awschalom Group explores optical and magnetic interactions in semiconductor quantum structures, spin dynamics and coherence in condensed matter systems, macroscopic quantum phenomena in nanometer-scale magnets, and implementations of quantum information processing in the solid state. He developed a variety of femtosecond-resolved spatiotemporal spectroscopies and micromagnetic sensing techniques aimed at exploring charge and spin motion in the quantum domain. These measurements resulted in the discovery of robust electron spin coherence, transport of coherent states, and the spin Hall effect in semiconductors. 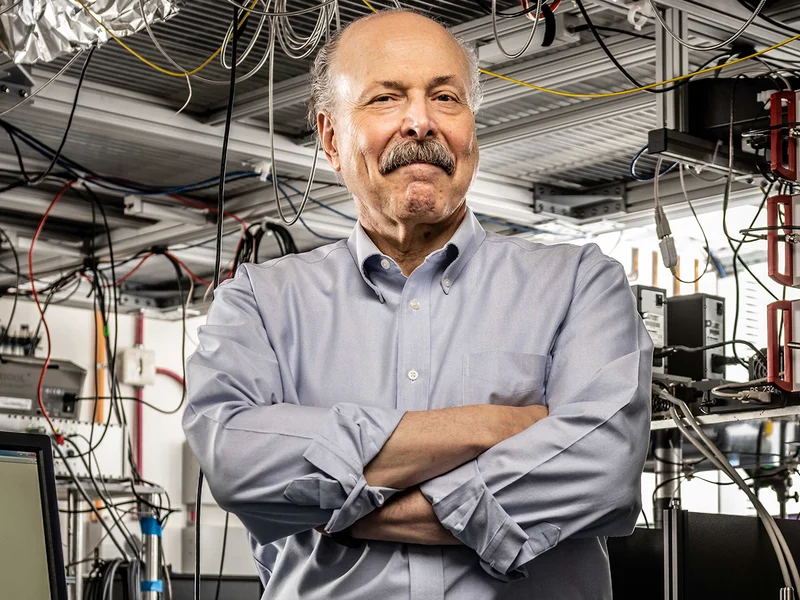