The Kickoff of InVenture Prize 2021 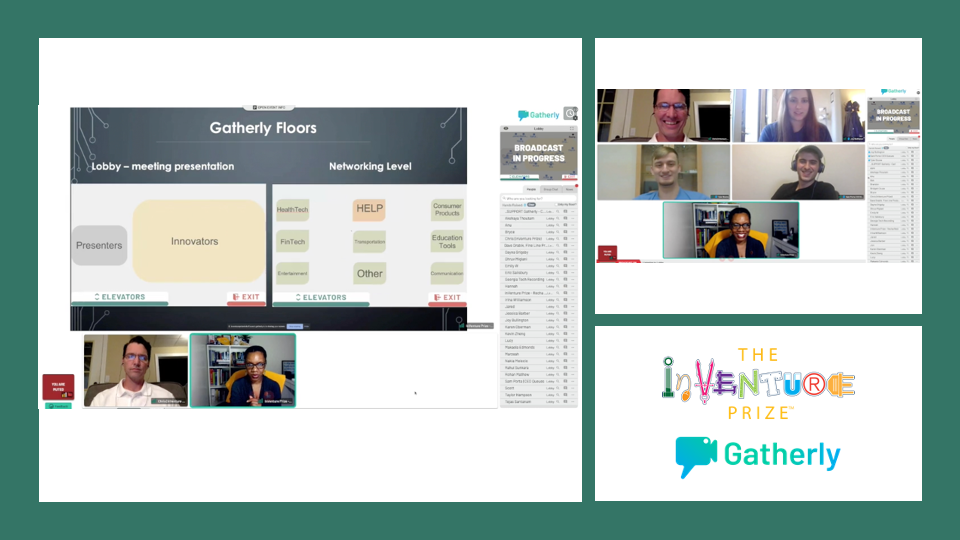 On Wednesday, September 16, the Office of Undergraduate Education (OUE) hosted the kick-off session for the 13th Annual InVenture Prize. With over $35,000 in prizes, the competition is the holy grail of college entrepreneurship. Although the InVenture Prize officially starts in January 2021, students have already begun their preparations and idea declarations.

Unlike previous years, the kick-off was hosted online through Gatherly, a virtual event platform recently built by none other than Georgia Tech students. Despite this, attendees did not miss a beat. The kick-off marked a return to normalcy for the Georgia Tech innovation community from learning key information about the competition to directly speaking with past winners.

After a welcome from interim Assistant Director of Student Innovation, Recha Reid, students were given an overview of some upcoming InVenture Prize events, including the ongoing Pitch Your Idea and IdeaBuzz sessions. Students were given an overview of OUE’s customer discovery, financial forecasting, marketing, and patent/copyright workshops. From there, the floor was turned over to Dr. Chris Reaves, executive director of the office for Academic Enrichment Programs.

“At its core, the InVenture Prize is an invention startup competition, but we work together — even the teams work with each other — to help one another. We achieve more, grow more, and develop our companies better when we’re helping each other, and that’s a big part of what we’re doing,” Reaves explained.

Later, students were given the opportunity to speak with representatives from Queues and Aerodyme, the respective first- and second-place winners of the 2020 InVenture Prize. Students learned firsthand what it takes to succeed on the InVenture Prize stage; the teams later offered advice on the invention process, their lessons learned, and the visibility benefits of participating in the competition.

“If you’re on the edge right now about doing InVenture Prize, definitely do it. We actually had that same thought before we did it, and we’re just so glad that we did. It’s a lot of work, and you’re going to step outside of your comfort zone, but it’s so worth it”, said Joy Bullington of team Aerodyme Technologies.

Queues team member Sam Porta similarly had some words of encouragement for those looking into the 2021 InVenture Prize.

“The difference between an entrepreneur and someone who’s just engineering something is persistence, and the InVenture Prize is a great opportunity to test this. If you think you’ve come up with something great that has a lot of value, then, by all means, do it,” Porta emphasized.

Towards the end of the session, students were invited to visit virtual “booths” dedicated to areas of health, retail, fintech, transportation, education tools, gaming, and networking.

“InVenture is honestly one of the reasons I chose to come to Tech, and I’m just so excited to come into with something that I’m really confident about,” an attendee said.

“The most interesting thing about tonight was hearing from the past winners and having them talk about their experiences. Definitely super excited to apply, and hopefully we do really well,” another stated.

Registration for the 2021 InVenture Prize will remain open until January. Student innovators are invited to check out OUE’s information and development sessions to be held throughout the Fall semester. All dates and related topics can be found at innovation.gatech.edu and inventureprize.gatech.edu.

FIND OUT MORE ABOUT THE 2021 INVENTURE PRIZE BY CLICKING HERE